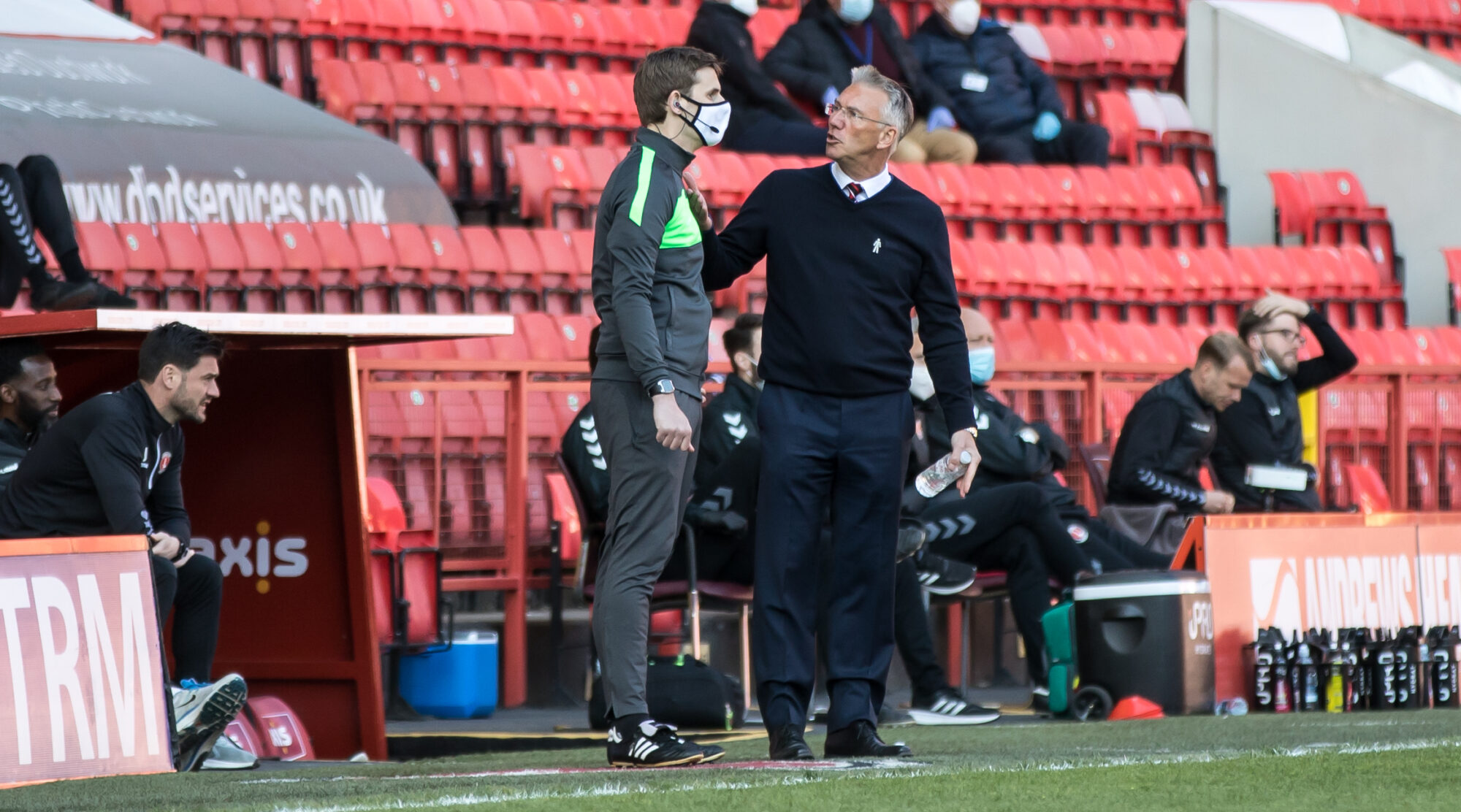 Nigel Adkins has echoed Steve Gallen’s sentiments that Charlton’s transfer business will not be completed by the time they report back for pre-season training.

The Addicks made their first signing of the summer last week, Jayden Stockley joining from Preston North End for an undisclosed fee.

Adkins had previously stated his desire to have most, if not all, of his squad available for when they resume work ahead of the 2021-22 League One season.

“When you look at it, a lot of players across the board are waiting to get closer to pre-season,” he told the South London Press. “I would have liked everybody to be in for the start of pre-season. Realistically that’s not going to happen and we’re going to have to work our way through pre-season.

“The transfer window will still be open after the season starts.

“The way the market is going, we’ll probably have to wait a little longer for players.

Gallen, Charlton’s director of football, had mapped out how he saw their transfer activity after landing Stockley.

“We are trying, we are in the market for the better players we can get – but there is also competition. Hopefully the next week or two it will fall into place and there will be a few more and then I can see a few more potentially during pre-season and then, as always, right at the end of the transfer window there will be one or two deals to be had as well.”

Who did it? TikTok family ‘arson attack’ – police appeal ‘contact us directly’