Ealing isn’t the most obvious place you’d expect to bump into a world famous musician who has sold tens of millions of albums around the world, but it’s where Sami Yusuf spent much of his time as a young man while growing up in West London.

Born in Iran to Azerbaijani parents, Sami, now aged 41, spent the majority of his childhood in the late 1980s and early 90s moving around the London borough absorbing the diverse cultural influences around him.

Combining that with his inherited interest in music thanks to his dad, who himself was a music teacher, Sami was brought up with all the right ingredients to become the globally-known ‘mega star’ he is today, as has been previously put by the BBC and Time Magazine.

His music, which integrates a wide range of styles and genres including sounds from the West, the Middle East, North Africa, Central Asia, and the Indian subcontinent has made him a household name from Morocco to Indonesia.

He has quite a strong following in the UK too – certainly enough to sell out Wembley Arena – but at the same time his audience remains quite niche.

One of Sami’s favourite memories is going to the violin shop Ealing Strings with his dad
(Image: Zeeshan Kazmi)

According to his website, he has sold over 34 million albums worldwide, making him one of the most successful British artists in contemporary times, yet in the UK, the majority of people haven’t even heard of him.

Regardless, Sami still looks back fondly on his memories growing up in Ealing, where his talent was first nurtured.

“One favourite memory I have is going to a violin shop called Ealing Strings with my dad,” Sami tells MyLondon.

“They sold, made and repaired instruments there and I remember basking in the beauty of the wood and the smell of the instruments.”

“I really loved going there as a kid. Each time I crossed the threshold it was like entering into a magical realm, apart from the ordinary world and rich with deep meaning. They had extremely high-quality violins and since I had begun playing violin as a small child I really wanted to play the ones they had there.

“I would pick one up and start to play it, hoping they would allow it because they would think I was interested in buying one.

“What the owners noticed and were interested in was the Middle Eastern scales and ornamentations I invariably played at that time. They always seemed happy to listen. I hope they are still in business”.

Sami adds that while living in Southall as a young boy, he remembers being exposed to Punjabi music, as well as South Asian genres such as bhangra and qawwali, which really shaped him as a musician.

“Recordings by masters such as Nusrat Fateh Ali Khan of so many musical forms were being played everywhere – every shop, every restaurant – and I was absorbing it like a sponge,” he says.

“Because of the strong interest in traditional and world music in London, there were always performances of music from around the world. I was able to hear Ravi Shankar, Mohammed Reza Lotfi, and other masters in concert as a teen.

“I listened to Azerbaijani classical music, flamenco, Argentinian tango, and of course the enchanting folk music of the British Isles – all these influences contributed to my understanding of the world of music as a vast, multi-faceted, and deeply beautiful artistic realm”.

It seems that much of Sami’s life in the UK was consumed by music. He studied it as a subject at the prestigious Royal Academy before taking it further at Salford University in the north-west of the country. He also holds an honorary Doctor of Letters award from Roehampton University in recognition of his “extraordinary contributions to the field of music”.

He says his most cherished place in London was a second-hand music shop in Holland Park, which had an “astounding” collection of vinyls.

“There was always an intriguing promise of thrilling new sounds to be discovered within those beautifully designed sleeves”, he says, adding “I felt at home there with the universe of music at my fingertips”.

Strangely enough, despite being a well-travelled man, Sami adds that one of the things he misses the most about his time in London is something many Londoners actually complain about – the weather!

He says: “I’ve always liked cold weather, I find it conducive to creativity. I have fond memories of the cool, foggy London mornings when I had a long walk to the bus station from my place in Ealing during high school.

“From there I’d get the District line and then the Piccadilly line. Those solitary moments in the midst of the morning crowds were full of inner intensity. I’d spend them meditating, reflecting and pondering over profound questions”.

Aged 23, Sami briefly moved to Egypt, where he lived for four years. Since then, he has spent much of his time outside the UK, but he says this is primarily due to circumstances and not due to a decision to ‘leave’ the country.

However, he still regularly frequents London which he says he has always considered his home.

“When I’m flying back from another country and I feel the wheels of the plane touchdown on British soil, when I see the clouds and the green hills, it’s always both comforting and exciting to know that I have come home,” he explains.

“I’m in London often. When I’m away I miss the whole London experience – taking long walks around Notting Hill Gate, the Waterloo Bridge, Holland Park. I miss the greenness, the fog, the mist. I miss London weather. And I miss the food, and not just the delicious fish and chips that you can’t get anywhere else – London has the absolute best of every cuisine in the world!”

Sami’s contributions to art and humanity has been recognised by a number of institutions, state bodies and even the UN
(Image: Drhbc)

Of course, not being as well-known in the UK as he is in other parts of the world affords Sami a degree of anonymity that he craves, admitting that he has never had any desire to be famous.

“I had my own experience of celebrity, with screaming fans at some huge concerts in the 2000s, and it was a very strange and uncomfortable situation. There were times when I had stalkers who followed me everywhere I went,” he says, describing those experiences as “unnatural and unreal”.

“I never wanted to be a household name anywhere. Now I love to go places where I’m not recognised: certain parts of the UK, or Italy, or parts of the States.

“Don’t misunderstand, I’m grateful for having sold out Wembley Arena, and having performed at Royal Albert Hall several times as well as other prestigious venues in the UK. But for me, it was always about making the art of the music I love better known, never about myself as an individual and the celebrity that comes with that”.

While his success on the world music scene is undeniable, Sami adds that he doesn’t concern himself too much with the music charts.

“I don’t check the charts,” he confesses, “but I think a few of my works have topped the UK charts in the world music category.

“If I’m not mistaken,‘Mast Qalandar’ (feat. Rahat Fateh Ali Khan) was one of my songs that was Number 1 on world music charts and iTunes”.

Sami recently performed live at the Dubai EXPO in October, and was also part of the Holland Festival in 2020, as well as the opening ceremony for the 2019 UNESCO World Congress in Baku, Azerbaijan.

One particular concert he held in Istanbul, Turkey, brought in an audience of 250,000 people.

He is also a UN Global Ambassador for the World Food Program and has performed at several events to raise money and awareness for crisis-stricken communities around the world.

His song ‘Supplication’ was also used on the soundtrack for the Golden-Globe award nominated film ‘The Kite Runner’, based on Khaled Hosseini’s novel by the same name.

In early 2022, Sami plans to launch an online music teaching platform called The Spiritique Academy, which he has named after the term he created to describe the unique genre of his music, the fruition of which can be attributed to the multicultural environment he was raised in.

He says: “The London of my childhood and youth was an extraordinary bright spot in this world for its limitless capacity for artistic expression, whether in the Western traditions or in traditions from other parts of the world.

“I am always aware of the effect this dynamic city has had on shaping my outlook on not only music, but on my belief that there is an essential unity underlying the beautiful diversity of cultures, of philosophies, of artistic expressions all around us.

“I’m not blind to its problems, but I fully embrace the noble ideals that permeate the British ethos and that can be seen by those who look on full display across the sprawling, chaotic, noisy, and captivating city of London that I’m proud to call my home”. 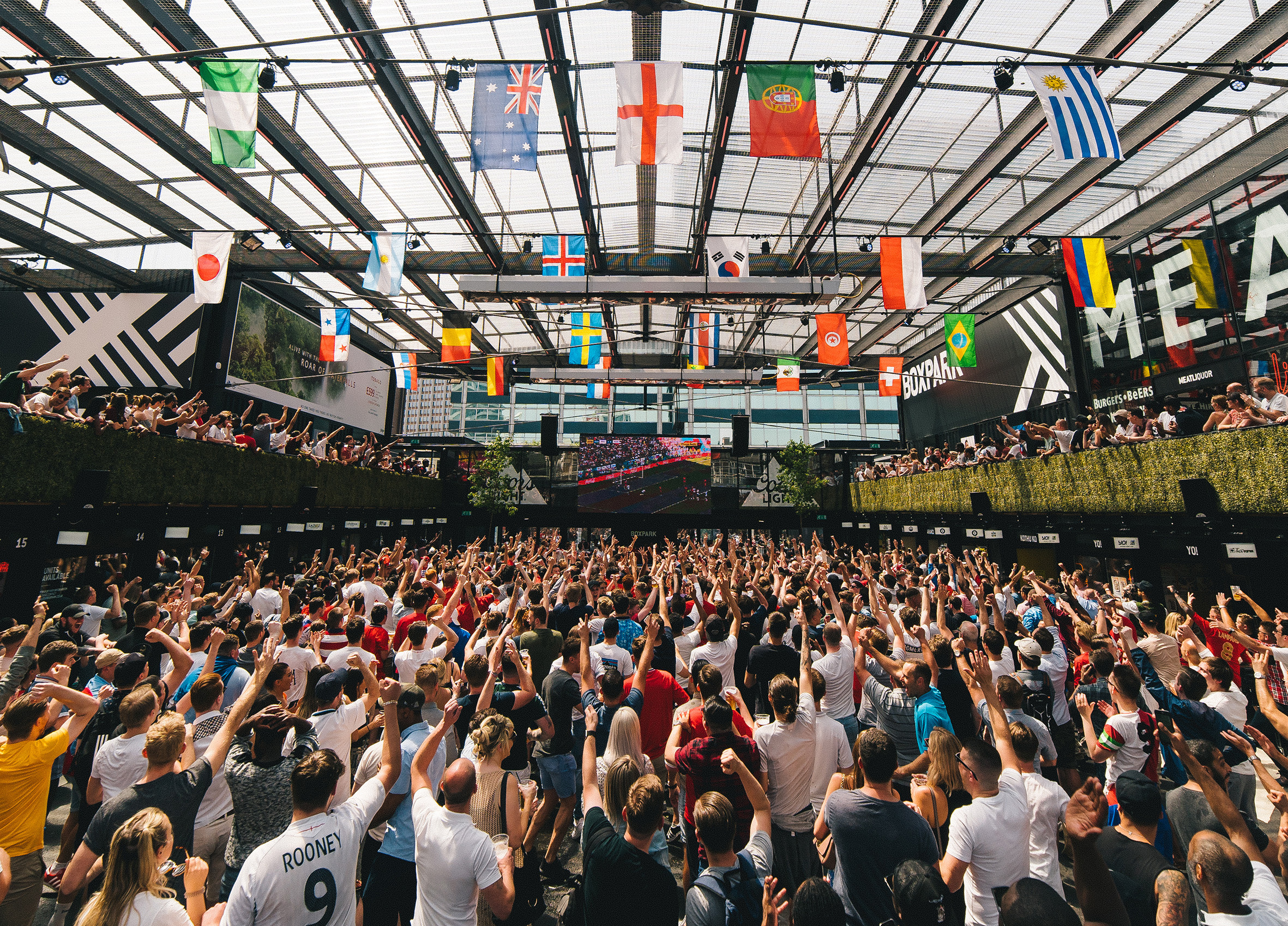