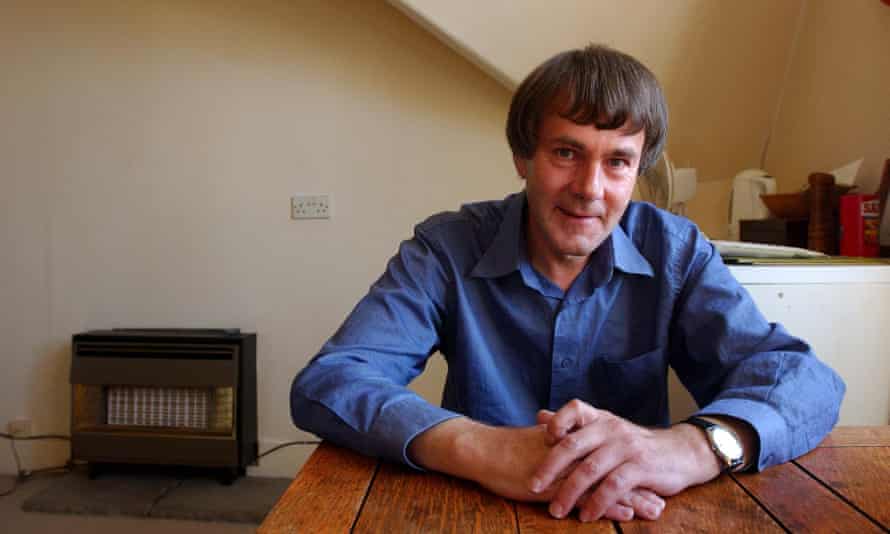 Although his plays were performed regularly at the Royal Court and the Royal Shakespeare Company, and attracted appreciative reviews and admiration from his peers, Robert Holman, who has died aged 69 of cancer, remained a mystery man in the British theatre.

An enigmatic, quietly spoken Yorkshireman, Holman was sharp as a knife, but not a serrated one, gently coaxing tenderness, confessions and suffering from his characters.

These figures were invariably placed in outdoor, rural locations – by an estuary, near some rocks, on a beach, in a field or in a hut. The plays were often oblique, with a surreal dimension, but they lingered. And they meandered, or undulated, like an untended landscape.

Just over 10 years ago, a group of relatively young playwrights, not including Holman, formed an informal club called the Monsterists, demanding they be given access to big stages for large-scale epics. Nothing much happened, but this was an expression of frustration at new work being kept safely hidden away in studio theatres.

Studio theatres were Holman’s natural habitat. Temperamentally, he was a genuine miniaturist. Banging drums or sermonising was not his style. He once told an interviewer: “As a playwright, I have absolutely nothing to say.”

As a man, he most certainly did, and this emerged sideways in the emotional texture and environmentally concerned atmosphere of plays that murmured while global upheavals – the second world war, the Falklands crisis, industrial meltdown, the Spanish civil war, even the Napoleonic wars – coloured the background.

Holman was born in Guisborough, north Yorkshire, the third of four sons, and raised on a farm there by parents who were, respectively, Methodist and Quaker. His father, Philip, a farm manager on a large estate, was a conscientious objector during the war; his mother, Winifred (nee Howard), was a headteacher.

A teacher at Guisborough secondary school spotted Robert’s writing talent and sent him off to Teesside youth theatre, where he wrote his first short play. The same teacher then suggested he go to London to write more. So, in 1972, he did. First thing off the bus, he went straight to the Old Vic and bought a ticket for Jumpers by Tom Stoppard at the back of the stalls.

He took a job for three years in the bookstall on Paddington station and a small flat in Camden Town. Always writing in longhand, and with the pen he used at school, he would discard two plays out of every three as he let his memory and his imagination flow.

Eventually, in 1974, the Royal Court presented his first full-length play, Mud, in their upstairs studio. Two years later, Outside the Whale, about George Orwell in a fictional scenario ranging between a publisher’s warehouse and a hen hut in Essex, was seen at the Traverse in Edinburgh and the Bush theatre in west London.

Robert Holman in 2003. He was sharp as a knife, but not a serrated one, gently coaxing tenderness, confessions and suffering from his characters. Photograph: Martin Godwin/The Guardian

In 1977, German Skerries, at the Bush, a beautifully modulated piece of writing in which disparate members of a bird-watching club on Teesside exchange fears and friendship while the steel industry is threatening the environment, won the George Devine award. His champion and mentor from the start was Chris Parr, who directed 12 Holman plays in all.

There was a BBC television Play for Today in 1980, charting the experience of a school-leaver joining the army, produced by Richard Eyre, and the first of several commissions for the RSC, Today (1984), written specifically for 14 of the actors in the Stratford-upon-Avon company at that time. The action (in Holman, this is really “inaction”) acquired an epic timescale, darting between Spain and Cambridge as it went forward from 1936 to 1946 then back to 1920.

His best known work is the insinuating, deftly written triptych of encounters in wartime, Making Noise Quietly (1986, at the Bush). The best of them is the first, in which an effete writer with a spinal condition, a portrait of the artist and writer Denton Welch (who was hit by a car while cycling in Surrey), accosts a lounging farmhand in a quiet Kentish meadow bordered by church bells and doodlebugs in 1944; at the end, two men lie naked in the hot sun as the second world war goes on.

Social foreplay is followed in the other two pieces by a naval officer starkly informing a woman that her son, his friend, has been killed in action in the Falklands, and then by a firm lesson in suffering given by a Holocaust survivor to an uncouth soldier and his autistic stepson. The whispering gets a bit louder.

This triple bill was well revived by the Oxford Playhouse (followed by a short West End season) in 1999, but trumped by an achingly beautiful, poetic Peter Gill production at the Donmar Warehouse in 2012. At the same time, the Donmar issued a 10-minute video full of praise, even love, for Holman from his fellow playwrights.

There seemed always to be a campaign for him from within his own industry. Still, the breakthrough to wider recognition remained on mute, though there had been a retrospective of his plays in 2008 at the Royal Exchange, Manchester, around the premiere there of Jonah and Otto, another encounter involving a country lad (Andrew Sheridan), this time with a 62-year-old clergyman played by Ian McDiarmid.

Later work included a unique collaboration with David Eldridge and Simon Stephens at the Lyric, Hammersmith: A Thousand Stars Explode in the Sky (2010) was a domestic epic of five brothers burying hatchets and coming together in the shadow of an apocalyptic global disaster. A Breakfast of Eels at the Print Room (relaunched in the old Coronet cinema at Notting Hill, west London) was another fraternal shindig, this time with more mysterious overtones. Were they, in fact, brothers?

In his last play, also at the Print Room, The Lodger (2021), two separated middle-class Yorkshire sisters go to Dungeness, then Norway, with a London lodger, to find an old rock star, but meet a young girl in a sari instead. The sisters split their differences and make up. This wasn’t vintage Holman but, as always, the mixture of critical bafflement and appreciation suggested there was something going on, enough at least to counter impatient accusations of obscurity and preciousness.

Holman’s private life remained just that, even to his own family. Once he went to London, he stayed there, moving to Belsize Park and, later on, a flat in East Sheen. He usually went home for Christmas but had exchanged the landscape he evoked so poignantly in his plays for life in the metropolis.

He is survived by one of his brothers, John.

An ex-plumber, a pie maker, a pair of pioneers: Jay Rayner picks his rising stars for 2022 | Chefs