By Adam Solomons For Mailonline

Do you know the farmer?

This the moment a brave farmer was filmed fighting a blaze in a south London field as it threatened to damage nearby homes this.

The unidentified tractor driver took matters into their own hands after locals were seen using their shirts to extinguish the flames in West Wickham, Bromley this afternoon.

Footage shot by a Sky News helicopter shows a pair of men take off their tops in a desperate attempt to put out the fire.

A fire engine then circles the area, with the tractor driver going straight through the danger zone.

Using what appears to be an aerator, the tractor extinguishes the smoky field, potentially saving its owner thousands of pounds.

He ‘rapidly stepped in’ to tackle a wildfire engulfing his neighbour’s farm on one of the county’s hottest days.

Owner Andy Barr praised the ‘hero’ in a supportive tweet, posting a picture of Mr Alexander cutting his crops.

He wrote: ‘Please tell everyone to be careful what they do along roads and paths, 20ha of spring barley up in flames.

‘This pic from my son was when the wind turned towards my brother’s house, luckily Bill Alexander and Jonny & Ellie from TCAgri saved the day.’ 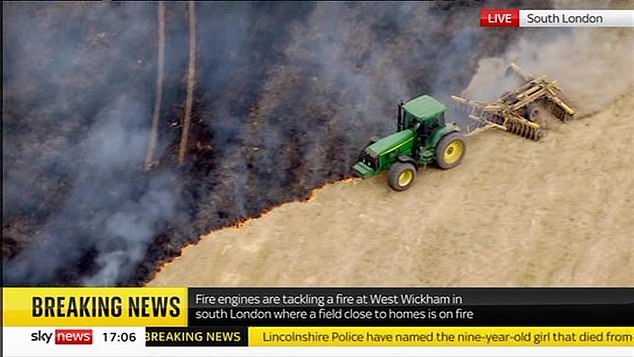 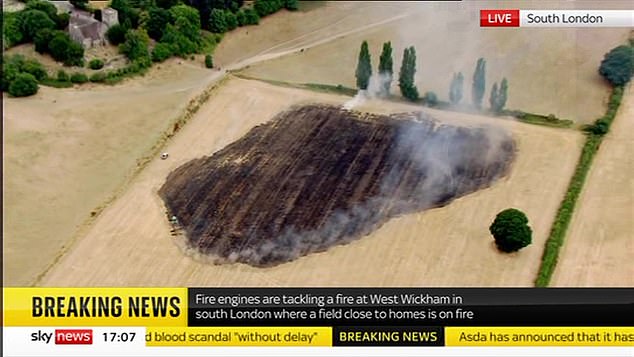 As the tractor finished its journey around the field, the scars of the damaging blaze were clear

The blaze was eventually put out after 90 minutes and local residents close by were also escorted to safety. It is not yet known what caused the inferno.

A fire service spokesman said: ‘We were sent to reports of a standing crop fire in fields on Lenham Heath.

‘Crews worked hard to get the fire under control which covered approximately eight hectares, the equivalent of almost 20 acres.

The fire has been brought under control and put out. Firefighters escorted persons who were in the vicinity to safety. There are no reports of any injuries.’ 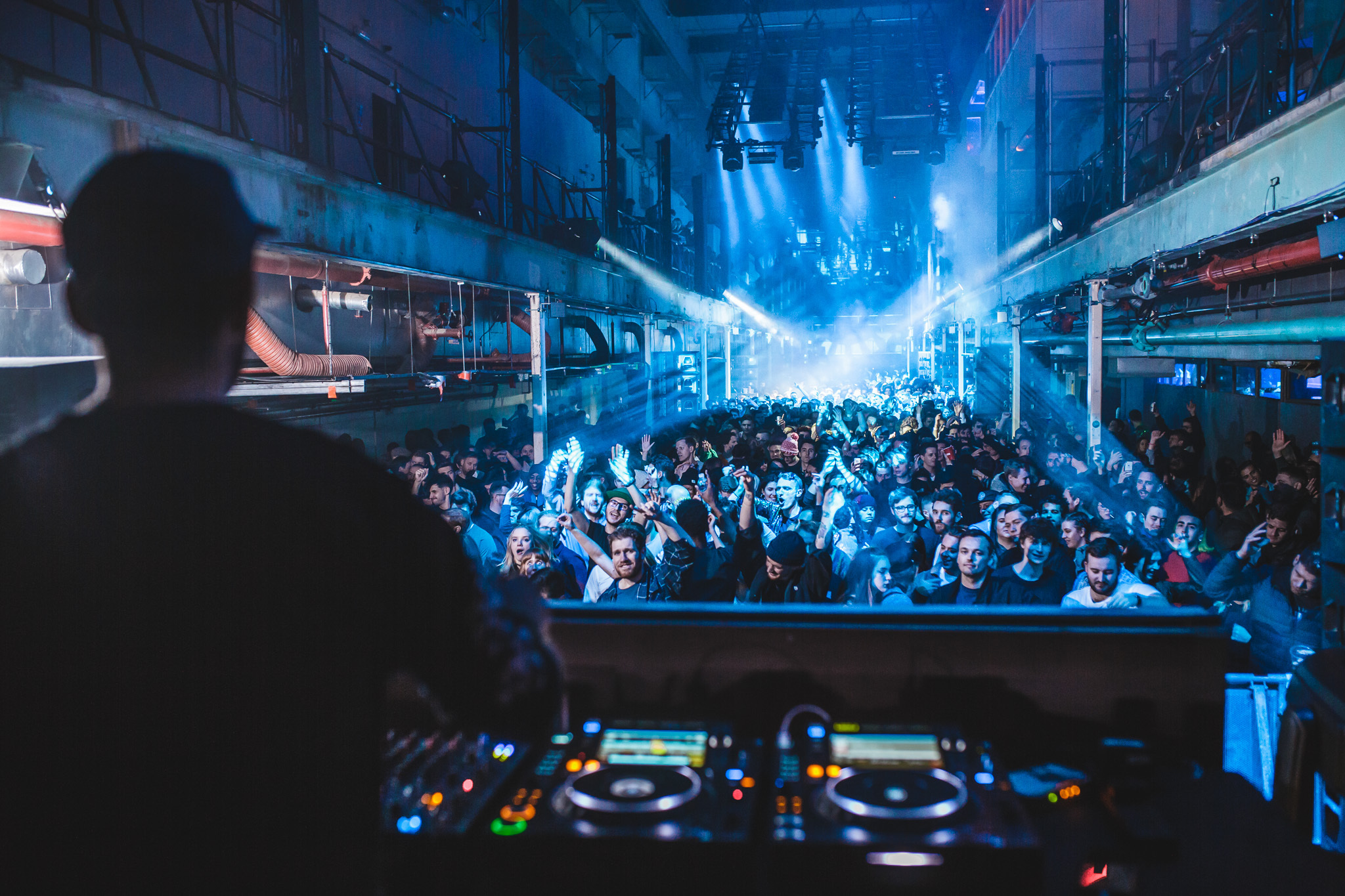