An academic has hailed the increasing recognition of social work research after earning a gong in the Queen’s Jubilee Birthday Honours.

Jill Manthorpe, professor of social work at King’s College London, was awarded a CBE – the highest mainstream award besides a knighthood or damehood – for services to social work and social care research.

As such, much of her reserach has focused on the social care workforce, while she has also specialised in adult social care, particularly safeguarding and dementia. 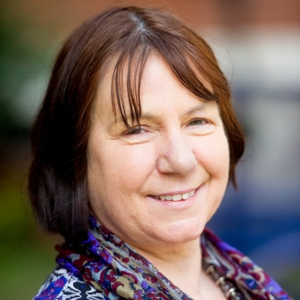 On receiving the CBE, she said: ‘This award is further recognition of the importance of social care and social work research. I am very grateful to everyone who has contributed to our research; especially during the pandemic pressures.”

She also pointed to rising government investment in social care research through the NIHR, which announced a £5m-a-year rise in funding for the sector in April, on the back of financing £90m worth of studies starting in the past three years.

“It is hugely inspiring to learn from people with a passion to make the world a better place through their work,” said Manthorpe. “This award recognises the substantial investments being made by government in social care and social work research and its multiple achievements.”

Among social workers, there was an MBE for Emma Cox, whose experiences volunteering in Romania in 2000 inspired her to co-found a charity dedicated to caring for orphaned and abandoned children. Now called Humanitas, the charity works across Europe and Africa, providing residential and foster care for orphaned and abandoned children, as well as healthcare and education to those in extreme poverty.

Cox, formerly a senior practitioner at Central Bedfordshire, was also recognised for this work at the 2019 Social Worker of the Year Awards, when she received the top gold award in the championing social work values category. Her MBE was for child and family social work and voluntary work overseas.

Also recognised for services to social work was Karen Cook, who was, until last year, head of social work and social care and safeguarding adult lead at Central and North West London NHS Foundation Trust, a post she held for five years.

Cook, who joined the trust in 2006, qualified as a social worker in 1994, working mainly in adult mental health in London, and also spent two years as vice-chair of the Adult Principal Social Worker Network.

‘An amazing advocate for social work’

Both the British Association of Social Workers and Cook’s former trust paid tribute to her after her award was announced.

Congratulations to Karen Cook – an amazing advocate for social work in mental health and so deserving of national recognition. https://t.co/H14xobWkUL

There was also an OBE for services to social work for Dawn Shaw, the chief executive of the Northern Ireland Guardian At Litem Agency, which represents children involved in public law proceedings.

Meanwhile, the leader who took Sunderland’s children’s services from ‘inadequate’ to ‘outstanding’ in just three years also gained an OBE. 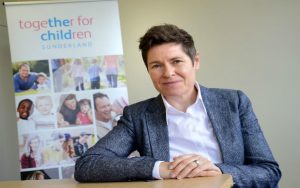 Jill Colbert became chief executive of Together for Children – the trust set up to run the city’s children’s services in 2017 – and director of children’s services in 2018 just after Ofsted gave Sunderland a second consecutive inadequate rating. However, last year, the trust received Ofsted’s top grade after an inspection that found that the “highly committed” Colbert’s “focus on continuous improvement” had transformed the culture to prioritise children and their voices.

Sunderland council chief executive Patrick Melia paid tribute to Colbert, saying she had been “instrumental in transforming children’s services in Sunderland and has helped to make a real difference to children’s lives in the city”.

Colbert, whose honour was for services to children’s social care, said: “I am forever grateful to have had a career that has given me the opportunity to work with children and families. I hope that by accepting this honour, I also give credit to the many colleagues I have worked with who have also dedicated themselves to making life better for children.”

There was also an OBE for Ofsted’s deputy director, regulation and social care policy, Lisa Pascoe, a former social worker. 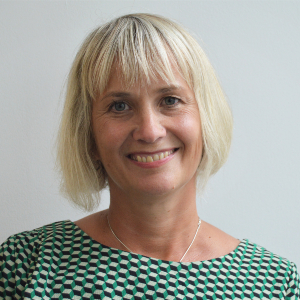 Pascoe, who has worked at Ofsted since 2005, said she was “humbled” by the award, adding: “I see this as recognition for the work we do across Ofsted on a daily basis for children.

“But, for me, of course, the heart of it is our work within social care and across all of our remits for the most vulnerable, championing children’s rights and needs and, in particular, those children that too often have less of a voice.”

Another recipient was Peter Fahy, who has been director of adults’ services at Coventry council since 2015, having previously been an assistant director in the city.

Congratulations to @peter_fahy on his Queens Birthday honour in recognition of his fab leadership as DASS for adult social care and local government ! Well deserved

Others honoured from social care included: