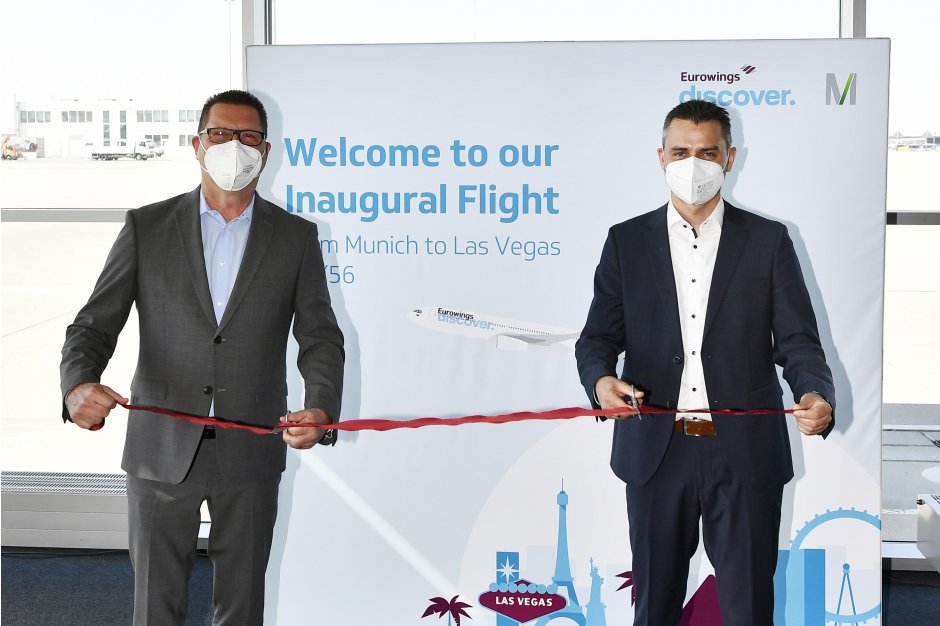 Welcome to our rolling daily coverage of new routes alongside services that are scheduled to resume.

Do you have a story you would like us to feature? Let us know your network news.

Eurowings Discover has launched flights between Munich (MUC) and Las Vegas (LAS). The route opened on March 27 and operates on Fridays and Sundays using Airbus A330-300s. The Lufthansa subsidiary is also opening long-haul routes from Munich to Cancun (CUN) in Mexico and Punta Cana (PUJ) in the Dominican Republic.

Atlanta-based Delta Air Lines is back in Brussels (BRU) after two years away. The US carrier restarted flying nonstop from New York John F Kennedy (JFK) on March 27, initially operating 5X-weekly. Frequencies will increase to daily from May 10. “As post-covid travel restrictions ease, we’re seeing increased demand for travel as Belgians rediscover the US while Americans enjoy Belgium’s picturesque cities and beautiful countryside or reconnect with colleagues on business trips,” said Nicolas Ferri, Delta VP of Europe, Middle East, Africa and India.

Air New Zealand has resumed Auckland (AKL)-Singapore (SIN) flights following the reopening of New Zealand’s international borders. The carrier will initially serve the route four times per week, while alliance partner Singapore Airlines operates a daily service. “Early response and demand since the announcement on the reopening of borders have been positive for the flights both in and out of Singapore,” said Jonathan Zhang, general manager of asia operations at Air New Zealand.

Canada’s WestJet has launched its inaugural flight from Calgary (YYC) to London Heathrow (LHR). The new 4X-weekly service complements the airline’s existing flights to London Gatwick (LGW), meaning it will offer up to nine flights per week between Calgary and London this summer. “This new route not only strengthens Alberta’s travel and tourism pipeline but creates new opportunities for our guests to benefit from access to one of the most connected global aviation hubs,” WestJet VP network and alliances Chris Hedlin said.