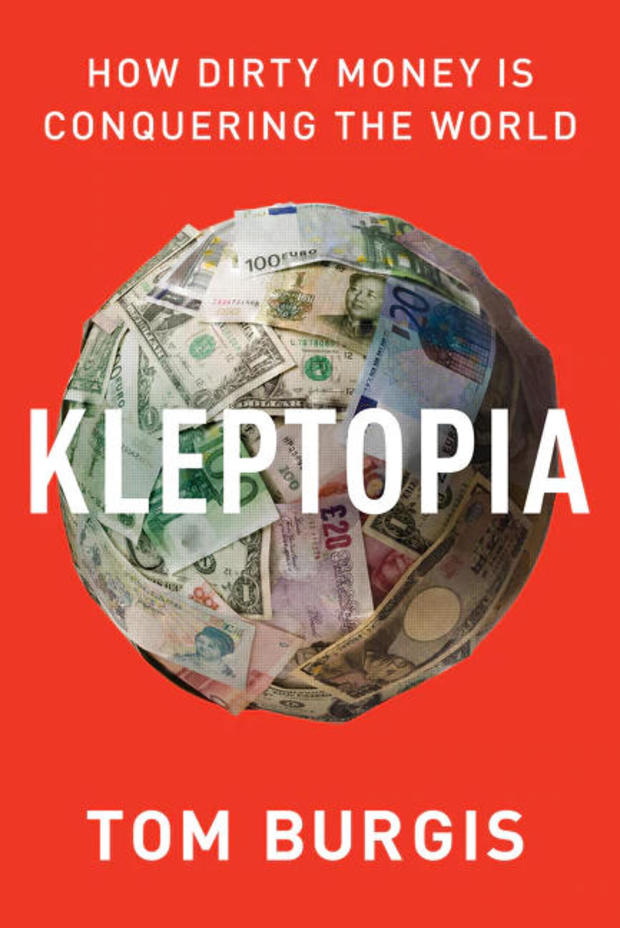 He’s a billionaire in an unusual predicament: no access to cash. Because this month Mikhail Fridman became yet another Russian oligarch to be slapped with those economic handcuffs: sanctions.

Correspondent Seth Doane asked Fridman, “You have billions of dollars in a bank?”

“Yeah, I have pretty sizable amount of money.”

“How did you learn you were sanctioned?”

To punish Russian President Vladimir Putin for invading Ukraine, the U.S. and its allies are foregoing military intervention, and using the financial weapon of sanctions, aimed at both the state and on individuals deemed close to Putin.  Flashy assets like yachts are being seized, and bank accounts frozen.

British Prime Minister Boris Johnson announced, “Oligarchs in London will have nowhere to hide.” In his State of the Union address, President Joe Biden said to oligarchs,  “We’re coming for your ill-begotten gains.” And European Commission President Ursula von der Leyen said, “All of these measures will significantly harm Putin’s ability to finance this war.”

Fridman, who made his billions in banking and retail and now lives in London, is on the U.K. and E.U. sanction lists.

Doane asked, “If you put your ATM card in the ATM?”

“No, my card is blocked, you know, so I could not get any money; all my accounts are blocked.” he replied.

“I wouldn’t expect you to tell me on camera, but I would think that a billionaire must have access to money, somewhere?”

Mikhail Fridman, a Ukrainian-born Russian oligarch living in London, says sanctions – which are blocking his accounts, even his ATM card – are not the answer to punishing Russia’s leader Vladimir Putin.

“But that’s why I’m here,” Fridman said. “That’s why I’m here, because I would like to explain: sanction against us [is] unfair, useless. For what? What did we do wrongly, except for doing business in Russia?”

Doane asked, “Can’t a wealthy Russian businessman close to Putin have some impact?”

“So, first of all, you should understand that power distance between Mr. Putin and everybody around him is huge. Even assuming that I want to deliver any messages, I don’t have any channels to do that.”

“You can’t make billions without being close to the Kremlin?”

“Yeah, that’s the very typical and inappropriate myth,” Fridman said. “Majority of Russian private businesspeople do not have any personal ties with Mr. Putin.”

Tom Burgis, author of “Kleptopia: How Dirty Money Is Conquering the World,” told Doane, “From his earliest days of political power, Putin has been using corruption as a tool to enrich himself and expand his power. Everyone swims in that water.”

He says the West has been gorging on Russian money, whether in property (such as Fridman’s $85 million London mansion, now a frozen asset), or sports teams (Chelsea Football Club, one of the world’s most valuable franchises, is owned by sanctioned oligarch Roman Abramovich).

Doane asked Burgis, “How do you know this is dirty money that’s being blocked by these sanctions?”

“Dirty money is quite a hard thing to define,” he replied. “You could make the argument that anyone who has made and retained an enormous fortune in a dictatorship we know to be profoundly corrupt, then that person is to some greater or lesser extent complicit in that regime’s power.”

To show that his money is clean, Fridman sent “CBS Sunday Morning” an audit by Ernst and Young, which he commissioned.

Fridman is a man straddling different worlds. He’s Russian and Jewish, and was born and raised in what is now Ukraine (then part of the Soviet Union).

“I have always been in contact with Ukrainian authority, including President Zelensky,” he said.

“What do you think of President’s Zelensky?” asked Doane.

“I think he is the president of independent country, and he is very brave and strong person as far as I understand.”

In a letter to employees before he was sanctioned, Fridman wrote, “War can never be the answer.” He’s one of the few oligarchs to speak out against the invasion of Ukraine.

“But you can’t criticize Putin?”

“I think that right now in a climate as Russia is not very tolerant with regards to that,” said Fridman. “Mr. Putin recently made a very clear speech regarding traitors, you know, kind of ‘enemies of the state.'”

“Do you think he was talking about you?”

“I don’t know. I definitely do not believe that I am enemy of the state!”

“Do you think you’re a traitor in Putin’s view?”

“What does that mean for you?”

“It’s a very difficult situation, by any dimension.”

“In all of the people suffering in this war, many do not have a lot of sympathy for Russian billionaires.”

“You’re right. And I understand that attitude,” Fridman said.

He acknowledges the effectiveness of the wider sanctions that have crippled Russia’s economy, but claims he’s collateral damage: ” What about presumption of innocence, things like that? That’s just decision of unknown bureaucrats who decided that I am guilty by definition, because I’m Russian oligarch, just to feed public demand to punish someone.”

Coane asked Tom Burgis, “Fridman says, where’s the due process in this?”

“Fridman has a point,” he replied. “There are civil servants and politicians writing names on lists. What you really want is a criminal process, right? If someone is guilty of corruption, you can prosecute them for that. The danger with sanctions is that they start to create this system outside the rule of law, where people are targeted with very little due process.”