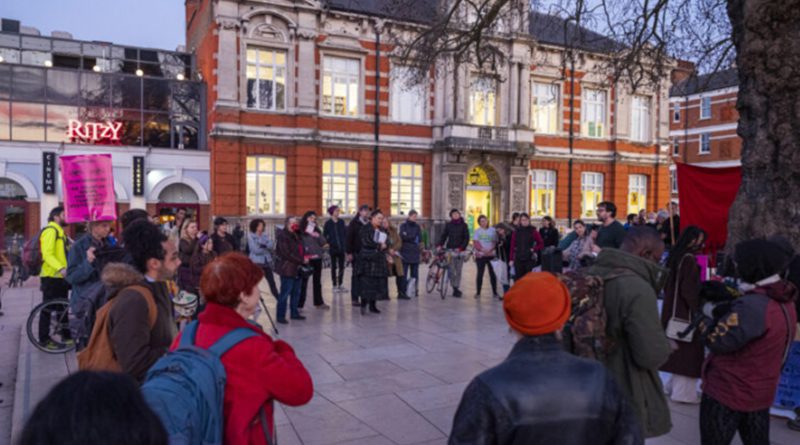 Campaigners held a rally to remind town hall leaders of their commitment to protect and improve the lives of residents and workers by acting on the climate emergency.

The speakers, from Lambeth Unison and RMT as well as local campaign groups including Beyond Politics, Fuel Poverty Action, Save Central Hill, Groundswell Ecosystems, Healthy Living Platform, spoke about their actions on climate-related issues including housing, air pollution, waste and workers’ rights.

Zaz, from Extinction Rebellion Lambeth opened the rally, welcoming the release of the Climate Action Plan but condemning the actions of Lambeth council.

She listed the their problems with the council “from the destruction of estates to the privatisation of public spaces including parks, and including the felling of mature trees in Clapham, and car parking subsidies, that go against the goals set for each area identified in the Climate Action Plan. This in turns impact majorly the most vulnerable and destroys the trust between the council and its residents.”

The event was closed by Extinction Rebellion’s co-founder Clare Farell, who reflected on what was shared by local campaigners and invited everyone to take action locally and nationally by joining the next Rebellion starting on the 9th of April.