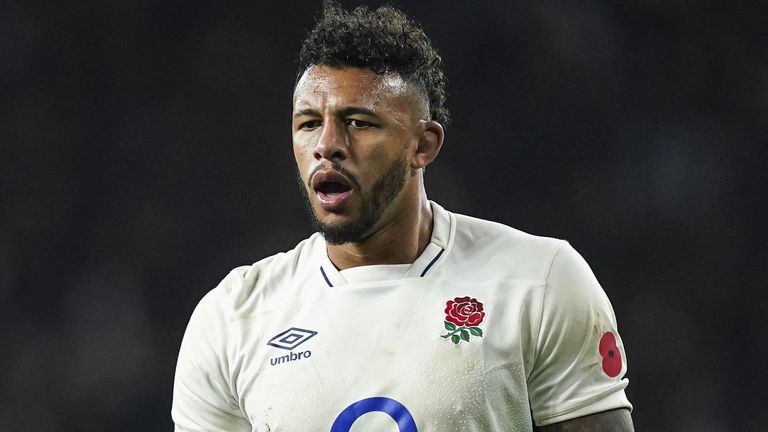 Manu Tuilagi missed the first two games as he recovered from a torn hamstring but has featured for Sale Sharks recently; England head coach Eddie Jones has named a 25-man squad for a five-day training camp in London; Courtney Lawes and Jonny Hill will join up with the squad Manu Tuilagi has recovered from a torn hamstring

Manu Tuilagi has returned to the England squad after injury and is in line to make his first appearance of this year’s Guinness Six Nations against Wales.

Tuilagi missed the first two games as he recovered from a torn hamstring but has featured for Sale Sharks recently.

England head coach Eddie Jones has named a 25-man squad for a five-day training camp in London as they begin preparations for next weekend’s match at Twickenham.

Sam Simmonds will not take part in training this week due to an ongoing hip issue but is expected to be fit to face Wales.

Courtney Lawes and Jonny Hill will also join up with the squad. Lawes will continue to work through return-to-play protocols and Jonny Hill is undergoing rehab on a fibula injury.

Eddie Jones has named a 25-player England squad for a five day training camp in London.

There’s a return for @Manutuilagi ⤵

Of the returnees, it will be Tuilagi that adds the most with England missing his presence in a midfield that has lacked punch.

Henry Slade has performed well at inside centre but is not the hard running option that would bring greater balance, with the Exeter player likely to move to 13.

“Just having a power running centre would give us a different option,” Jones said before naming his 25-man squad.

“Everything we’re doing now is about trying to create opportunities through finesse and that’s through good running lines and passing.

“But to have someone who can take you forward quickly and engage two or three defenders then allows you to try and finesse extra space, which would be really useful to us.

“When you’ve got smaller centres you’ve got to be much better at your running and support lines and passing. I think we’re making some progress there.

“We’ve had three centres play and I think Sladey has been very good. Joe Marchant and Elliot Daly have had their moments, but we need to get more out of that and we understand that.”