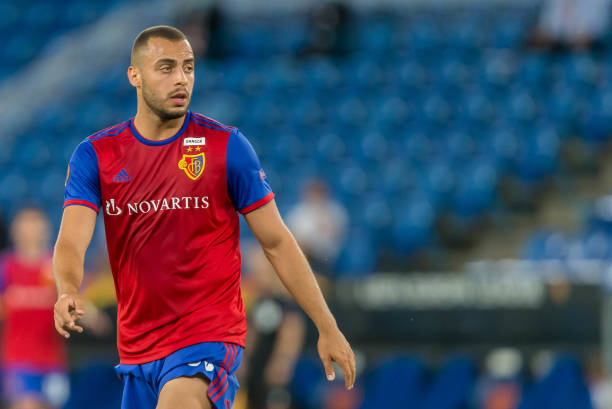 Can this Brazilian prove out to be Martinelli 2.0 for Arsenal?

The need for a center forward is real in the red side of North London. The Gunners have scored just 23 goals in the league this season.

Which is a whopping 25 less than leaders Liverpool, 17 less than Manchester City and 16 less than Chelsea. That is despite the fact that Arsenal boast one of the most expensive front threes, in Alexander Lacazette, Pierre-Emerick Aubameyang and Nicolas Pepe, in the continent.

Arsenal have looked a better side when young prospects Gabriel Martinelli, Emile Smith Rowe and Bukayo Saka have spearheaded the team.

Thus, there is no surprise in reports linking the club to even more younger players. One such name that has cropped up recently is FC Basel’s Arthur Cabral.

Arthur Cabral is a Masterpiece.

He scans the space and finds a teammate, so he immediately requests the ball to the feet and passes it back to his teammate.

This way, he gets out of pressure and exploits space for himself to shoot.

The 23-year-old already has 27 goals and eight assists to his name in 30 appearances, with five of them coming in the UEFA Conference league.

In his 105 appearances for the Swiss side, Cabral has an impressive 65 goals. He has a further 17 assists to his name which proves that he is more than just an old-fashioned goalscorer.

That stat would please Mikel Arteta, who always had an inclination towards strikers who contribute to the game more.

From the YouTube videos that I watched, he looks a lethal six yard box finisher. He is also a strong center forward who can hold the ball up pretty well.

The young forward also has aerial presence, which can prove to be a blessing for the current young squad that Arteta has at his disposal.

Too many times Arsenal have been stuck. The team hits a serious roadblock when opposition sits deep. But if they have a striker who has the ability of both Aubameyang and Lacazette, it can only turn out to be good.

‘I swap homes with strangers and they live in my London flat while I get to stay in a French chateaus and countryside cottages...