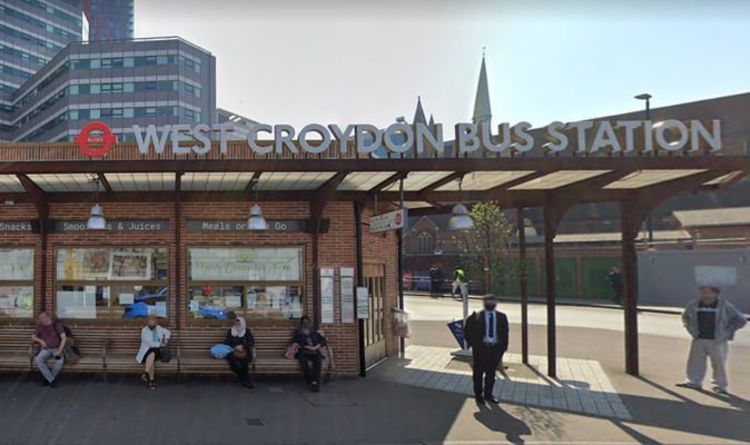 Police were called at around 3pm to a bus and train station in West Croydon, south London.  Pictures from the scene show a large emergency service response, including a police car and a van parked in the busy high road.

Officers have placed a large cordon in surrounding areas and ordered some buildings to be evacuated.

Roads have been shut and transport services are severely disrupted.

Specialist officers from the Met Police are leading the investigation.

In a statement, Croydon Metropolitan Police Service said: “Cordons are in place near West Croydon BR Station after officers became aware of a suspicious vehicle at around 15:00hrs.

“Specialist officers are attending to assess. Some buildings/ shops evacuated as a precaution.

“Road closures are in place. Motorists should use alternative routes. Bus & train services have also been disrupted.”

The incident has sparked some panic from Londoners on Twitter.

One user with the handle @Zara_NoShop tweeted: “They have fully locked off Croydon.”

Another concerned user with the handle @antoniapsulls wrote: “How do I get home from Croydon now.”

National Rail added the disruption in the area is expected until at least 6pm.

In an update, the operator said: “The emergency services are dealing with an incident in the West Croydon area.

“As a result of this, trains are currently unable to call at West Croydon and may be revised or delayed.

Shortly before 6pm, BBC Radio London Travel confirmed Station Road in Croydon has re-opened and some trains are now stopping at West Croydon.

A teenage boy, sustained severe injuries and was taken to a London hospital, where he remains in a serious condition – UKNIP