Sitting within a secret garden in west London is a house that manages to splice period Victorian elements with a touch of Palm Springs. Even by the high standards of Little Venice, which is full of surprises, this one-of-a-kind home is rich in drama and delight.

Designed by the architect Sally Mackereth, the property combines a converted coach house, holding the master suite, with a spacious living area in a new addition that spills out into a walled garden through a vast window of pivoting glass. It is on the market for the first time — for £13m — since its completion in 2011.

The canopy over the bed in the former coach house is the floor of a glass sided gallery, which holds the bathroom

Mackereth, whose portfolio includes residential projects, art galleries and fashion stores, says: “It was about going from one world to the next and then cross pollinating a little bit. But the design also celebrates the concept of a walled compound, with these jewel-like contrasting rooms. We had to make sure that every surface and every junction was the best that it could possibly be, so there’s a lot of texture and interest throughout the house.”

The two-bedroom house was commissioned by an actor turned property developer to serve as his own home. He came across an early 20th-century workshop in Warwick Place that had once been used as a furniture restoration studio by Partridge Fine Art, while the 19th-century coach house had been the antiques dealer’s offices.

Having bought the disused site in 2008, he asked Mackereth to come up with a design for a “telescopic house” with a dramatic Californian-style living space that would expand outwards into the walled garden, which became a private outdoor room. 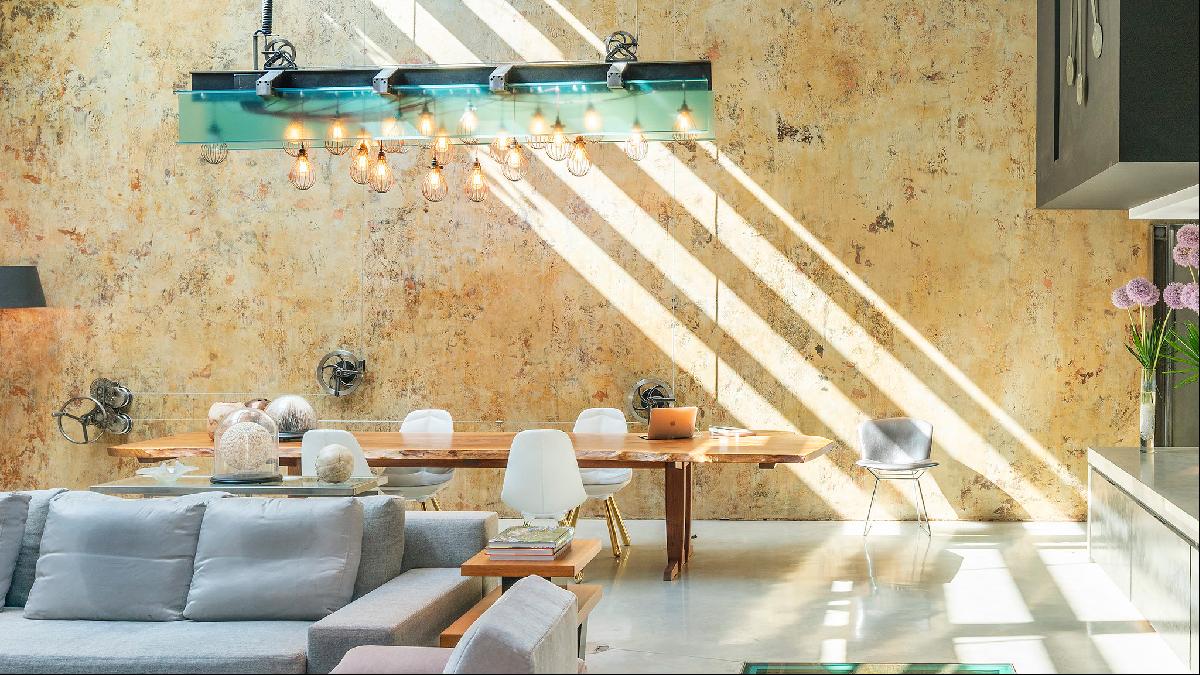 Although semi-derelict, the workshop had a sense of scale, height and openness that Mackereth, who worked on the scheme when at her previous practice Wells Mackereth, responded to. She replaced the workshop with a new, double height space with a large skylight that introduced plenty of sunlight and highlighted the antique paint finish of the textured walls.

There are touches of Heath Robinson ingenuity throughout, including a super sized, hydraulically operated window in the living room that pivots open at the touch of a button to connect with the walled garden while forming a rain canopy for the terrace. The custom chandelier over the dining table can be winched up or down with a turning wheel.

“There are a lot of smart, technological elements,” says Mackereth, “but it was more about having a playful, romantic nod to the industrial roots of the building. The side wall with the patina on it is actually something we put back with a specialist painter because it felt right to have some of that semi-industrial workshop feeling. Having the texture and mechanics on display does give the house a lot of character.” 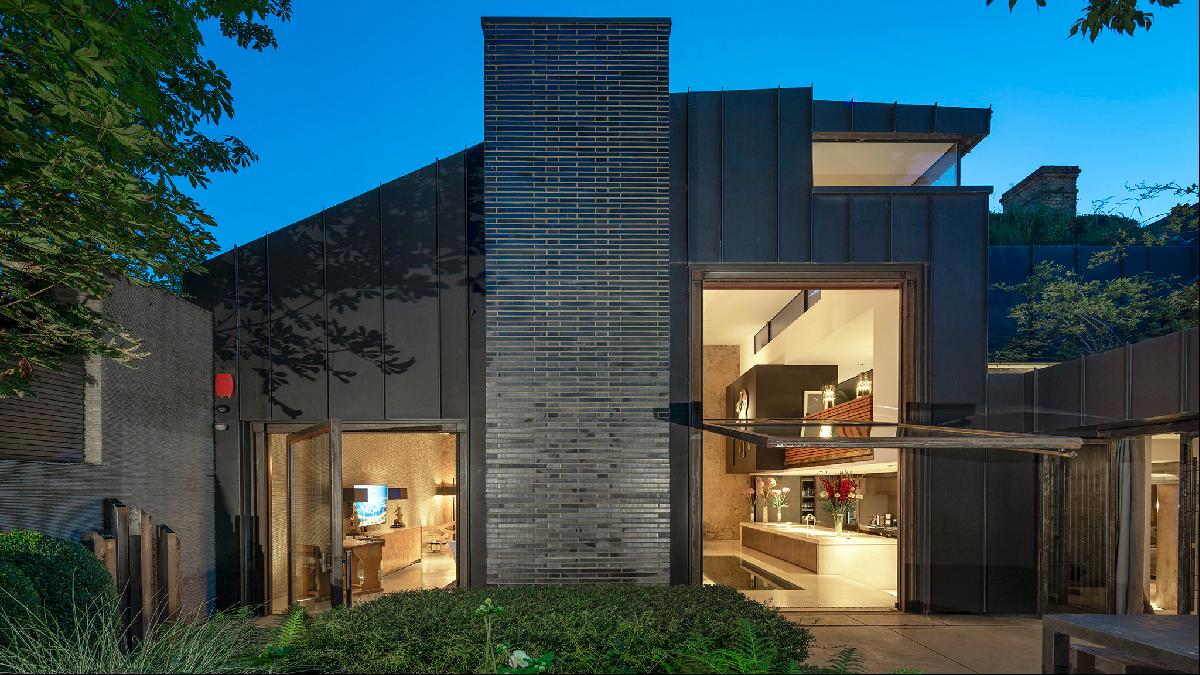 The sunken area to one side of the living space was partly inspired by Frank Sinatra’s mid-century modern house, Twin Palms, in Palm Springs by architect E Stewart Williams. Here, the area is an ergonomic, stylish and compact kitchen. A mezzanine level above it holds a study and a guest bedroom, as well as a discreetly placed staircase up to the roof terrace. A panel of structural glass set into the floor of the living room also takes light down into the basement, which hosts a media room, as well as utility spaces.

The former coach house is accessed via a hidden door disguised in a brick spine wall, which creates a special border between the new and old buildings. The entire coach house is devoted to the master suite, with timber panelling on the walls and parquet floors recycled from the workshop. The canopy over the bed is actually the floor of a glass sided gallery, which holds the bathroom, including a freestanding tub. 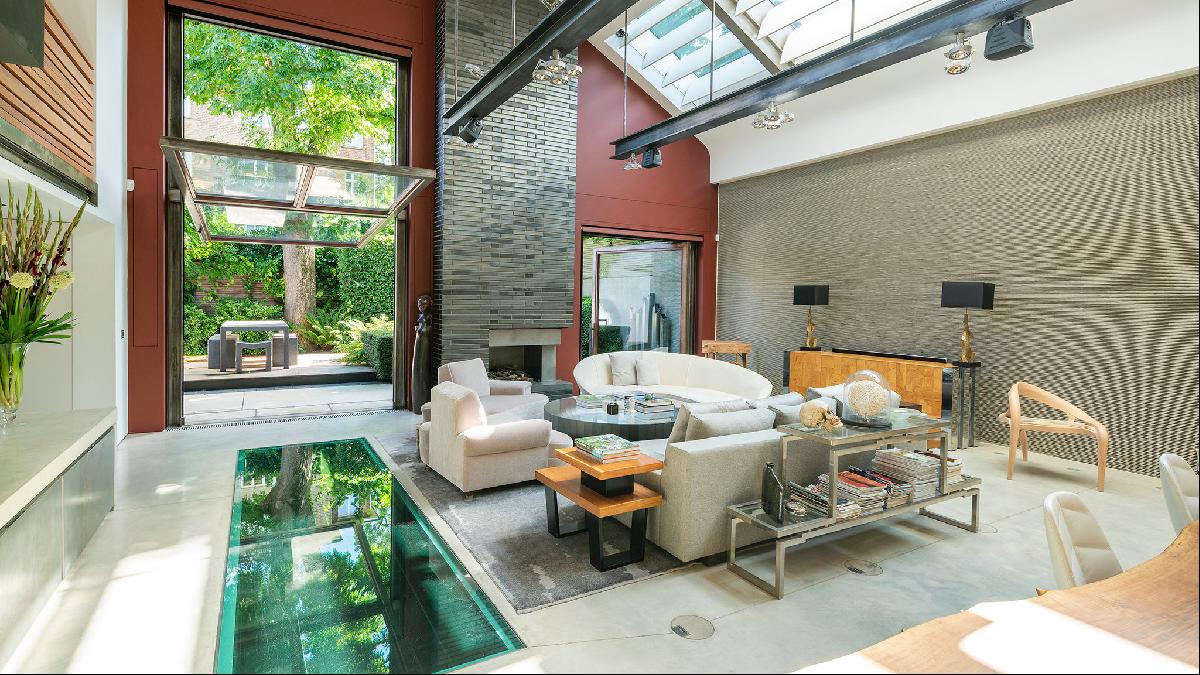 Here, the common thread with the rest of the house is the sheer luxury of space, with the coach house offering a private and indulgent retreat, complete with its own fireplace. It is also an opportunity for more high-tech theatrics, with a television that can be winched up from bedroom level to the mezzanine so that it can be enjoyed from the comfort of the bathtub.

“The process of creating the house was a huge joy, although not without its challenges,” says Mackereth. “It was an experiment but people love it. It is a house that has grown and evolved and actually become better over time.”

The house features in the Atlas of Interior Design, by Dominic Bradbury, published by Phaidon 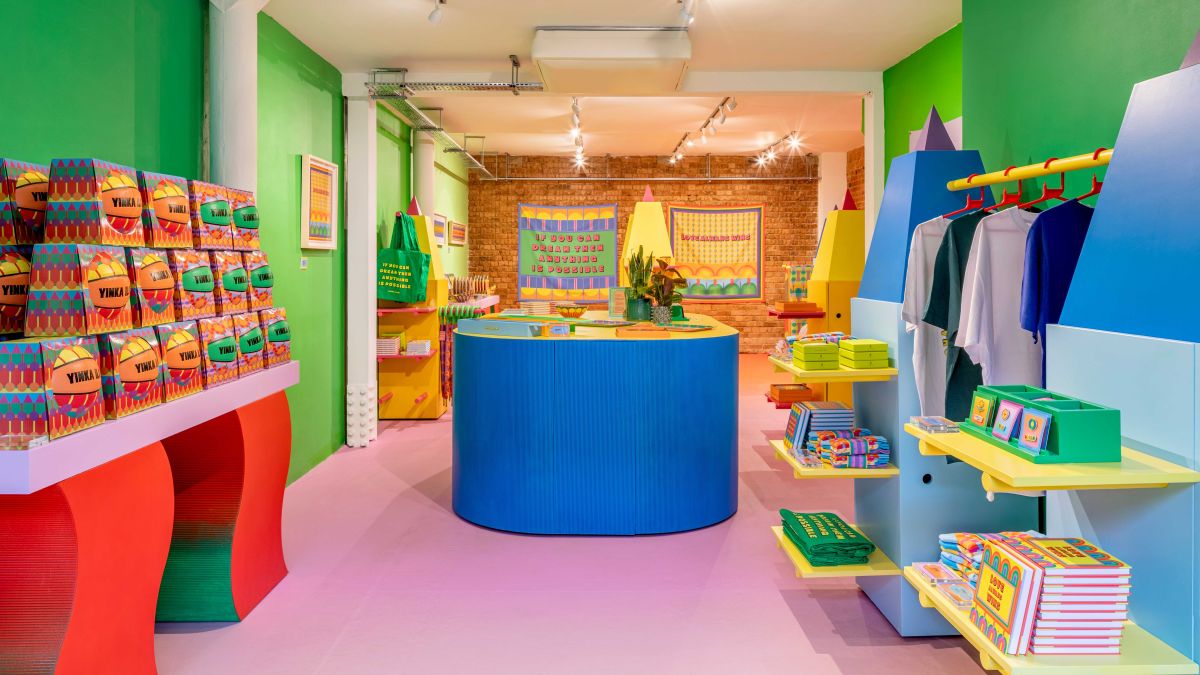