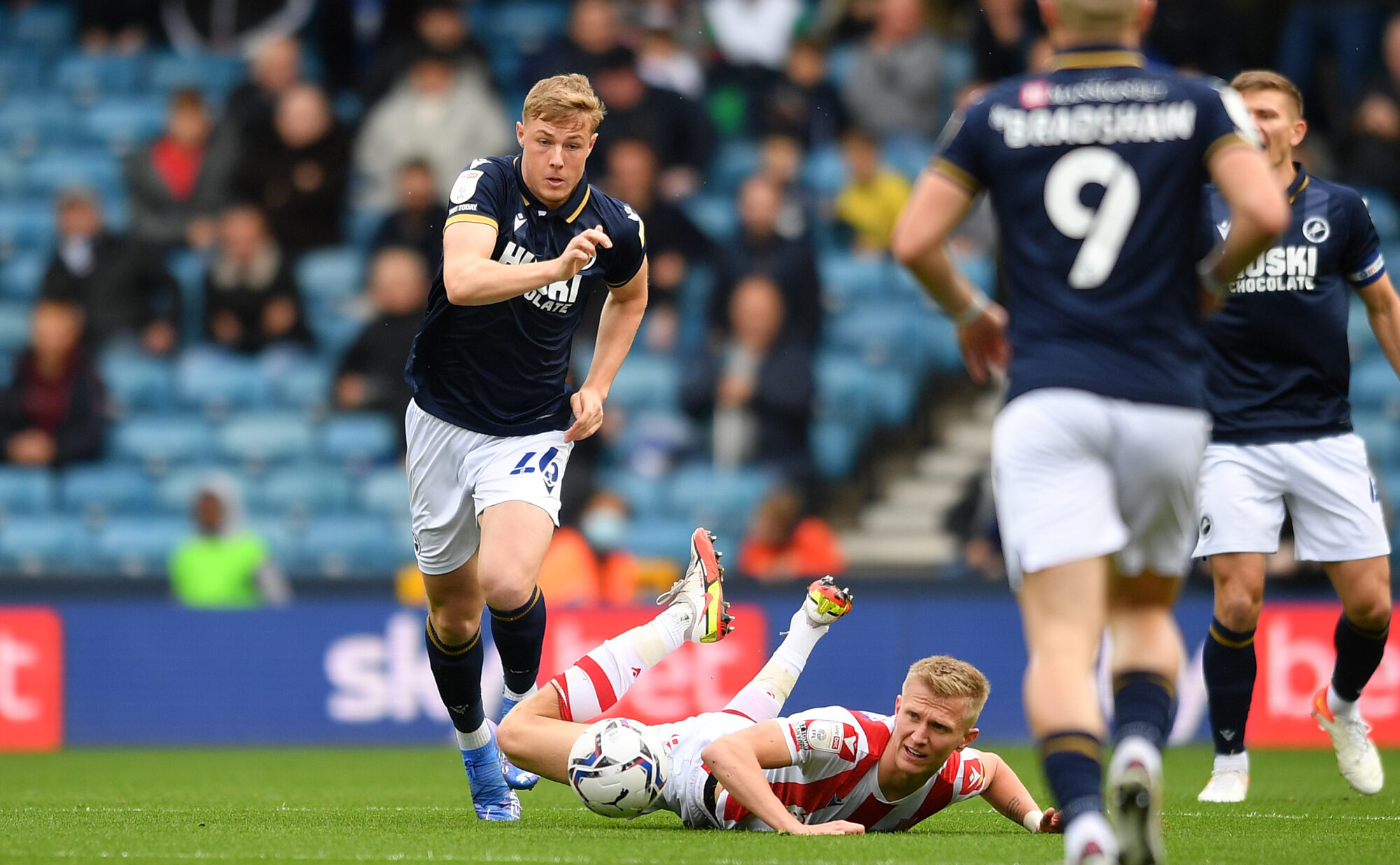 Daniel Ballard could be set to miss Northern Ireland’s World Cup qualifiers after Millwall manager Gary Rowett revealed the defender is set for an injection in his knee.

The Arsenal loanee was taken off after a clash of heads in Saturday’s 1-1 draw against Derby at The Den.

And Ballard had previously sat out the midweek victory over Reading.

Northern Ireland are due to host Lithuania on Friday night before following up with another fixture at Windsor Park against Italy.

Asked if Ballard’s removal in the Rams match would impact Ballard going away on international duty, Rowett replied: “I don’t know. He was due to have an injection in his knee anyway on Monday or Tuesday. So there was a doubt whether he’d go because he had an issue with his knee – it’s why I left him out on Tuesday [for the 1-0 win over Reading].

“He shouted over to the bench that he couldn’t see. I think he had a clash of heads on a header for a long ball. We made a concussion sub and we’ll see how he is over the week.”