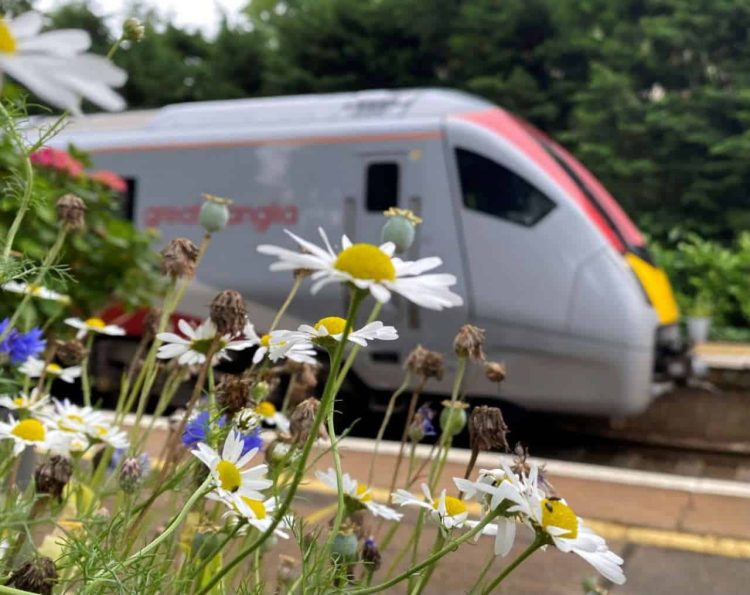 The entire Greater Anglia network is running at 94.57% for annual punctuality with their intercity services between Norwich, Ipswich, Colchester and London hitting an all-time high of 94.2% of trains reaching their destinations on time throughout the year.

Other services on the Great Eastern Main Line between Ipswich, Colchester, Clacton, Walton, Harwich and London Liverpool Street are seeing annual punctuality at an impressive  94.6%, with a huge 94.8% of trains on the Southend Victoria line running on time right through the year.

The West Anglia line between Cambridge, Bishops Stortford, Hertford East and London Liverpool Street has also achieved annual punctuality with 94.2% of trains being on time over the last year.

Regional Greater Anglia services have also been maintaining very high annual punctuality with the top five routes being Norwich to Great Yarmouth at 98.2%, Norwich to Sheringham at 97.5%, Norwich to Lowestoft at 97.4%, Marks Tey to Sudbury at 97.2% and Norwich to Cambridge 95.9%.

Public Performance Measure or PPM is used to count trains as being on time which requires that they arrive at their final destination early or less than five minutes after the scheduled time for London and South East, regional and Scotland operators, or less than ten minutes for intercity or long-distance services.

Greater Anglia has previously won industry awards for its “on time” punctuality – it looks like they might be right on time for winning more!

“We’ve continued to work hard to improve punctuality, with joint performance initiatives with Network Rail, including weekly meetings to analyse even the smallest of delays to see how we can avoid them in the future.

“Our new trains are also helping as their quicker acceleration and braking is having a positive impact on punctuality and service resilience.

“At the same time, Network Rail is working to improve the tracks, signals, level crossings and overhead lines we run our trains on.

“We are pleased with these record results, but not at all complacent, as we’re committed to maintaining and if possible improving our record punctuality.

“We have developed a new set of plans with Network Rail focusing on train and infrastructure performance, how we cope with severe weather conditions and how we recover from disruption.

“Another aspect of the drive to maintain high standards is the greater use of new punctuality measures with an enhanced focus on arrival times at intermediate stations, as well as the final destination station and other metrics such as delay minutes, cancellations and whether trains have the planned number of seats, in addition to the “Public Performance Measure” which has been the industry standard for many years.”

Remote working to remain a factor for property purcha…

Activists turn on letting agents and Labour as “lan…