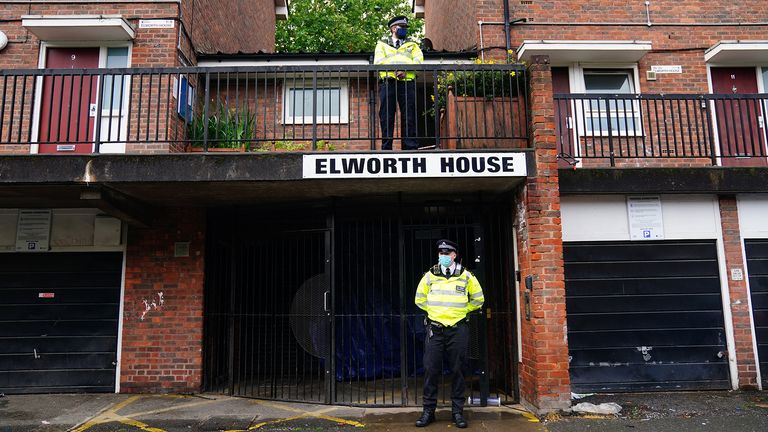 Two teenage boys have died after being stabbed within hours of each other in London on Monday evening, the Metropolitan Police said.

Mayor of London Sadiq Khan said he was “heartbroken and appalled” by the deaths.

Police were called to Woolwich New Road in Greenwich at 5.23pm after violence erupted in a busy area near Woolwich Arsenal station.

Image:
A resident of the Oval estate where one of the incidents happened said the victim was a ‘good boy’

They found a 15-year-old boy with stab wounds. Pictures on social media showed members of the public holding up sheets to provide privacy as emergency crews tried to save the boy’s life but he died at the scene around half an hour later.

Another 15-year-old, who later took himself to hospital suffering from a knife wound, has been arrested on suspicion of the other boy’s murder.

In Lambeth, a 16-year-old boy was pronounced dead at the scene after being found injured in an estate at Oval Place at around 11.45pm. There have been no arrests.

A tarpaulin sheet covered a stairwell at Elworth House, a block of flats just off the main Clapham Road.

Members of the public placed flowers and personal messages at the scene in tribute to the boy.

Cards read “shine bright” and “love you forever … my bro”.

A 25-year-old resident of Elworth House said: “I watched that little boy grow up. 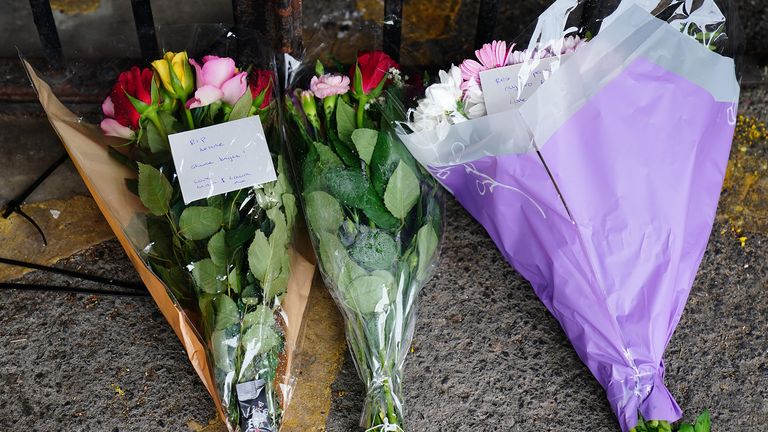 Image:
Flowers left near to the scene in Lambeth

“He was a good boy… he had his own mindset, you know. Bless him.”

So far in the capital this year at least 20 teenagers have been killed, leading to concerns that the number of violent teenage deaths for the whole year will exceed the previous high of 27 in 2017.

This would mean the highest teenage death toll since 2012.

Superintendent Petra Lazar said of the Greenwich incident: “It is shocking and extremely saddening that a teenage boy has lost his life as the result of knife crime.

“My thoughts at this time are with the family of the boy who has died.

“This incident will understandably cause worry and concern to local residents and I would like to reassure them my officers are supporting the murder detectives in every way we can.

“Increased patrols will be carried out in the area over the next few days.”

Reacting to news of the two stabbings, London Mayor Sadiq Khan said: “I am heartbroken and appalled by the deaths of two teenagers in our city.

“Every loss of life leaves a family and a community devastated.

“I am determined to do everything in my power to support the police and our communities to put an end to these horrendous crimes and keep our young people safe.”

London Covid: 12 despicable criminals who spat at police officers during the pandemic