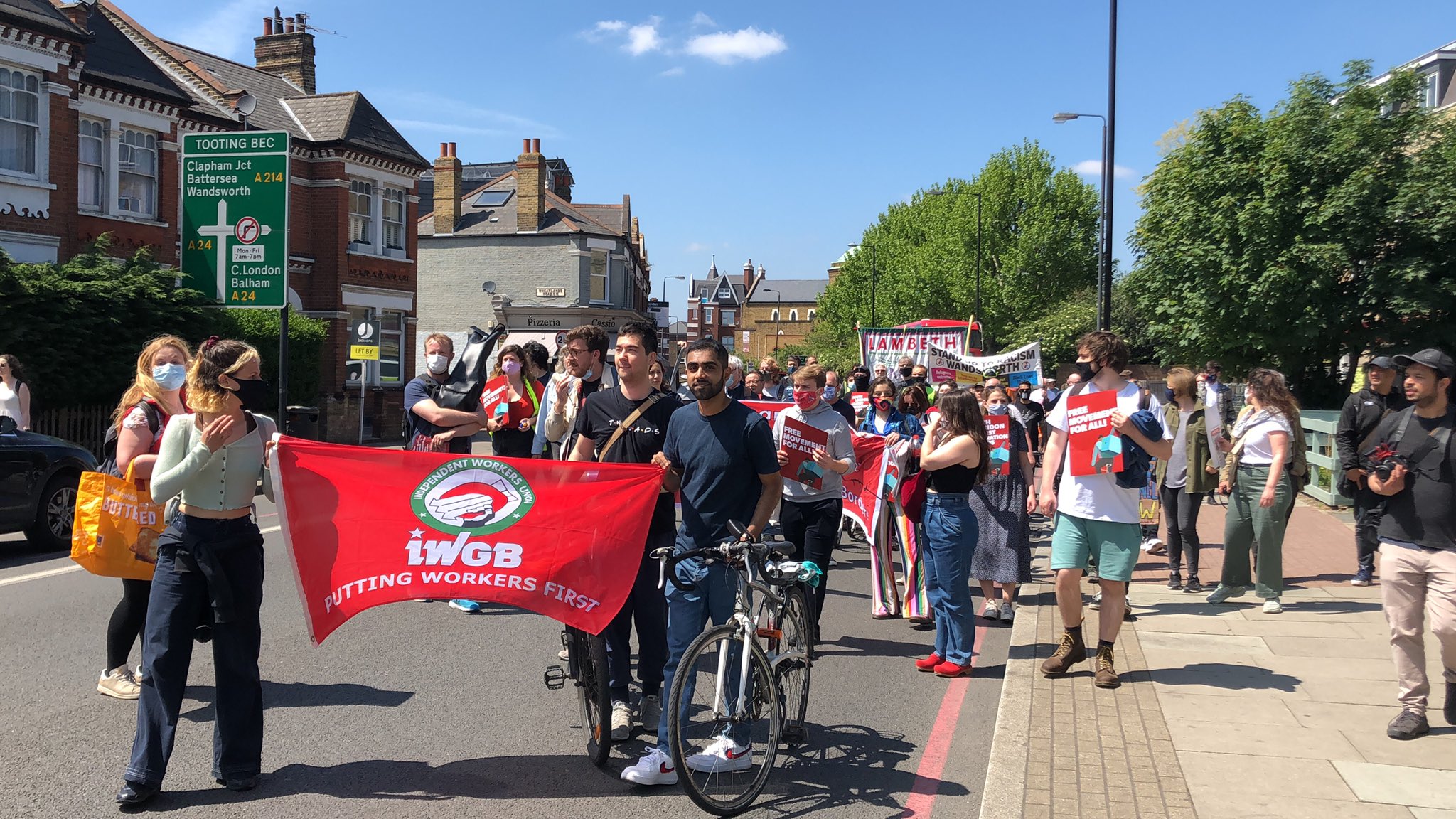 DOZENS of locals rallied against immigration raids and deportations in south London at present in response to the concentrating on of delivery drivers by police.

The Metropolitan Police got here below fireplace earlier this month after officers boasted about detaining riders from corporations like Deliveroo in Tooting for immigration checks.

During the power’s 90-minute operation, 48 bikes had been stopped and two individuals arrested for immigration offences.

Today, greater than 100 Tooting locals took to the road to oppose the immigration raid and stand in solidarity with migrant communities.

Marching down Tooting High Street protesters chanted: “When migrants are below assault what will we do?” to replies of: “We combat again.”

The rally was organised by gig economic system “pop-up” union IWGB, Lambeth Unison, Wandsworth Momentum, Another Europe is Possible and the Labour Campaign for Free Movement.

Lambeth Unison department secretary Ruth Cashman stated: “As a group, we got here collectively to make it clear that migrants are welcome right here, and that immigration enforcement vans usually are not.

“We have a authorities that’s hell-bent on increasing the hostile surroundings, dividing working-class individuals against one another and scapegoating migrants — and with free motion [within the EU] having ended after Brexit, we all know issues are solely going to worsen.

“If essential, we must be keen to take issues into our personal fingers.”

Ms Cashman stated the group wished to duplicate actions taken by locals in Glasgow who earlier this month stopped a Home Office immigration raid, and construct their very own anti-raids community.

The Home Office additionally confronted criticism over the weekend after an investigation uncovered stunning remedy of asylum-seekers being deported on a flight to EU states final 12 months.

The report by Liberty Investigates discovered that border guards intentionally inflicted ache on two deportees liable to suicide and self-harm, in a bid to restrain them.

Alison Thewliss MP, chair of the all-party parliamentary group for immigration detention, instructed Liberty Investigates: “This behaviour is barbaric and has no place in first rate society.

“The Home Secretary has presided over this hostile surroundings and she or he ought to think about her place in mild of those stunning studies.”