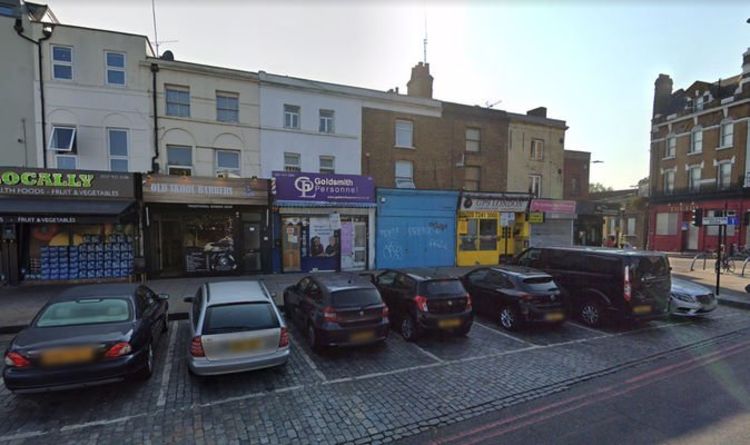 The incident occurred on the small shop Cake and Custard Factory on Kingsland Road, Hackney shortly earlier than 11pm final evening. The two injured teenagers, each 19-year-old males, had been shortly rushed to hospital, however their accidents are usually not considered life-threatening. No arrests have but been made by police.

Against the law scene stays in place, with a cordon across the shop and surrounding space.

Investigating officers have been given further search powers inside Hackney, in order to search out the perpetrator.

A Met Police spokesman stated: “An investigation has been launched after a youngster was shot in Hackney.

“At 2253hrs on Friday, 23 April, officers had been referred to as to premises in Kingsland Road, E8 following experiences of a male having been shot.

“Both had been taken to hospital by ambulance. Neither is in a life-threatening situation.

“Against the law scene has been established and Trident detectives are main the investigation. No arrests have been made at this stage.

“Police are interesting for anybody with info or any witnesses to name 101, ref 8869/23apr. To stay nameless, please contact Crimestoppers.

“A senior police officer has authorised further search powers inside the London Borough of Hackney underneath Section 60 of the Criminal Justice and Public Order Act 1994.

UK weather: This summer on course to be one of the warmest on record, Met Office says | UK News