The Flatshare is the first UK comedy from Paramount+ and star Anthony Welsh says it’s a ‘grounded’ show that reflects a London that he recognises.

The west Londoner also opens about the ‘violation’ of having his biscuits eaten and romantic comedies that bring tears to his eyes.

What is your character Leon’s possible genius/foolish living plan in The Flatshare?

It’s a bit of both. Leon is struggling to make ends meet. He needs money and he needs it quickly for his brother Richie’s appeal. He’s been wrongly convicted of armed robbery.

Leon has decided to rent out his flat during the hours that he is not there because he works as a nurse at a hospice and does night shifts. He has an agreement with someone we come to know as Tiffany, played by [Downton Abbey’s] Jessica Brown Findlay.

So, Tiffany lives there while Leon is at work and vice versa. They talk mostly via Post-it notes. If you had to write Jessica a Post-it note what would it say?

‘We are athletes’. There were scenes where we had to motivate each other to get on with the day because some scenes were difficult. We said, ‘We’re going to treat this like we are professional athletes and go for it.’ 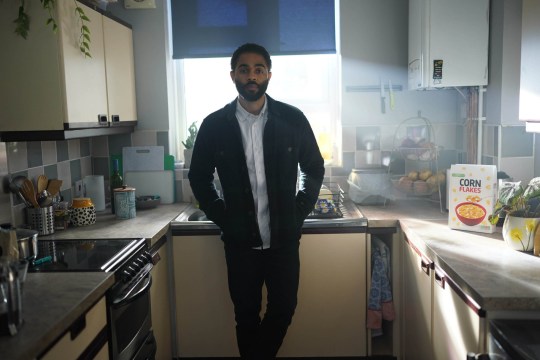 The character Leon, a nurse, rents out his flat during the hours he’s not there (Picture: 42 TV)

What makes the show stand out from other romcoms?

What makes it stand out is it is really grounded. It’s really ‘now’ and I think that it’s really ‘London’. It’s a London that I recognise.

Are you from south London, like your character Leon?

I’m west London to the core – born and raised – all my family is there.

Is there a romcom that makes you cry?

Oh, of course, from The Notebook to Notting Hill to Jerry Maguire. Love Jones as well, with Larenz Tate and Nia Long. They are not so much romcoms as drama-coms. They are dramas with comedy within them. 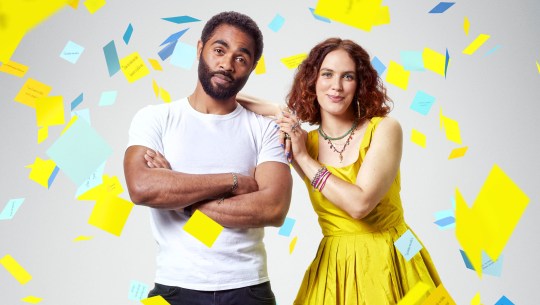 Have you ever shared a flat and labelled the fridge food?

I’ve never had to flatshare. There was one time where I was away with a friend. I had this one pack of biscuits that you could only get in the UK and we were in America. I said, ‘Help yourself.’

When I came back the biscuits were in the fridge, which was weird by itself, and then there were three biscuits left in the pack. What is this? They were laughing going, ‘Well, you said help yourself.’ I’m thinking, ‘No, this is a violation’.

The Flatshare is now available to stream on Paramount+


MORE : ‘I was on The Traitors and here’s why I’m proud to have been murdered so early on’