Brick Lane is famous for its vintage boutiques, vibrant street art and bagel shops, which command long lines around the clock.

Yet it is also the heartland of the UK’s Bangladeshi community and has even been renamed “Banglatown” by the local council, a title emblazoned in Bengali on the gate at the southern entrance to the east London enclave. 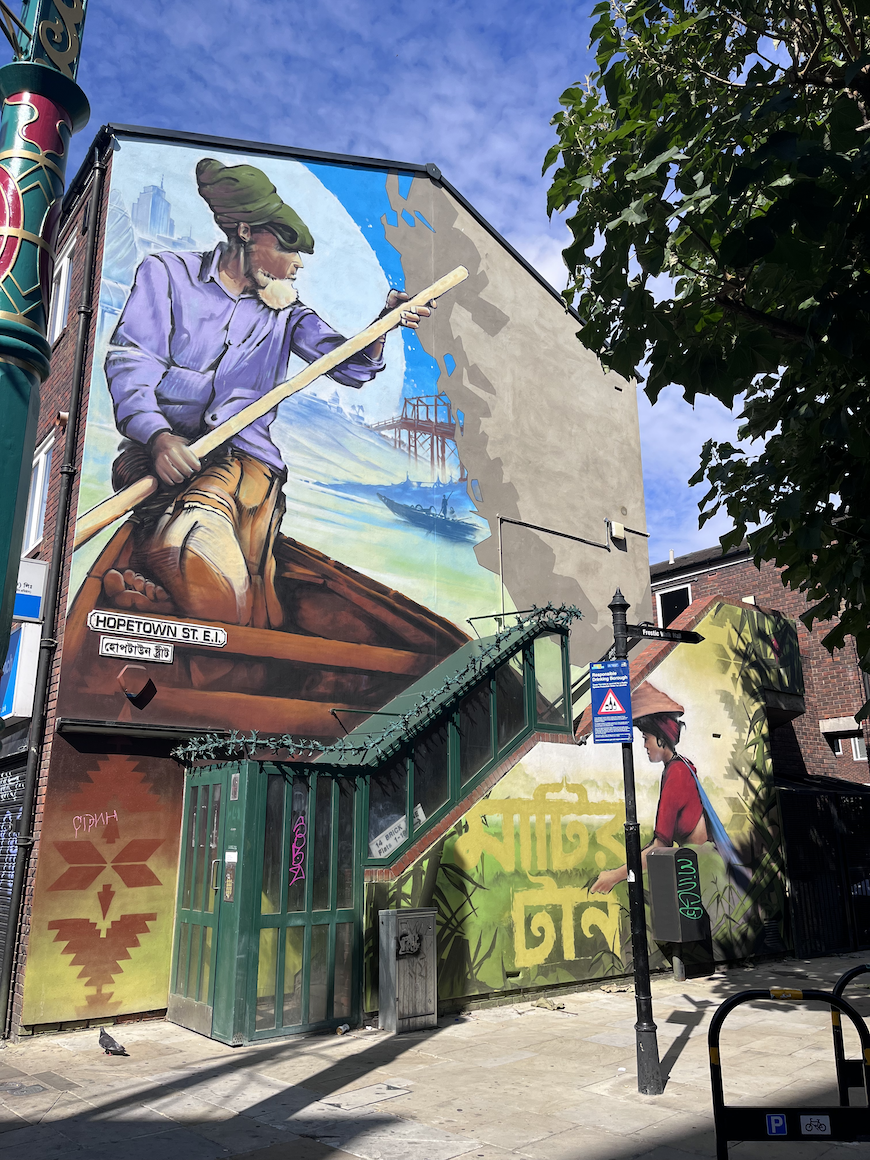 Beneath the English signs along the thoroughfare, plaques bear the Bengali names for each street, while the lampposts are painted in green and red, the colors of the Bangladesh flag. The Banglatown archway stands next to a mural by Mohammed Ali Aerosol commemorating Bangladesh’s 50th anniversary of independence last year and highlighting the close bond between London and Sylhet, a city in northeastern Bangladesh.

London’s 13 essential things to do

Amidst the glut of specialty coffee shops, trendy secondhand stores and luxury developments, Banglatown has made its mark. Tharik Hussein, a writer who worked on Lonely Planet’s new Experience London guide, grew up near Brick Lane and emphasizes the specificity of the Bangladeshi people based here. 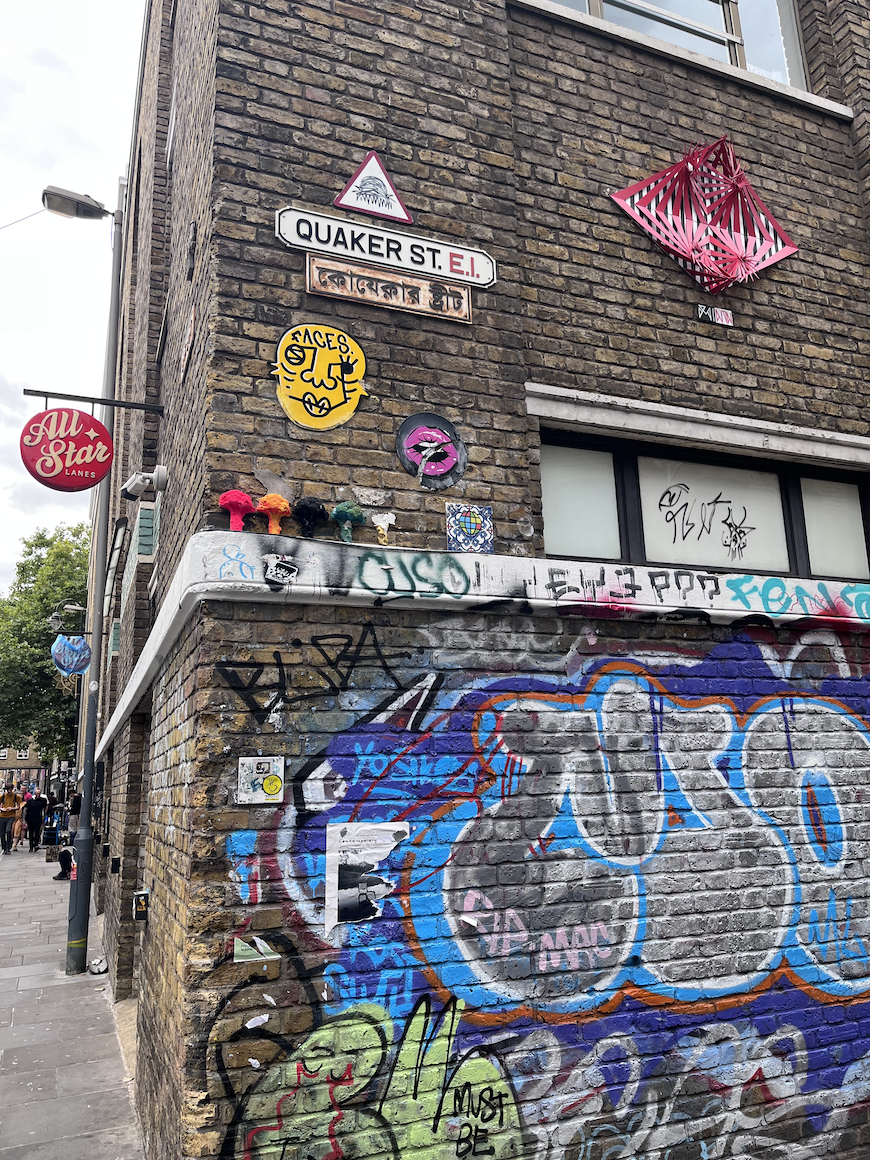 “The community isn’t just Bangladeshi, they’re actually from a very distinct corner of Bangladesh, the Sylhet region,” he says, explaining that they came to east London in the 1960s, where they found work in the Jewish-owned textile factories around Brick Lane.

Sylhetis speak their own language, Sylheti Nagri, which is what you’ll often hear in Brick Lane’s Indian restaurants — so-called, Hussein notes, because “Bangladesh was either not born when the restaurants were being made, or nobody knew what Bangladeshi food was”.

“Indian food had the romantic attachment of the British Raj, but it wasn’t actually Indian food — it was this kind of anglicized version of Indian food. Something like the chicken tikka masala was completely made up,” he says.

Get local insight on destinations all over the world with our weekly newsletter delivered to your inbox.

While the community is proud of the success of its food — even chicken tikka masala, which the UK’s then foreign secretary Robin Cook called “a true British national dish” in 2001 — there is a growing movement to promote more authentic Bangladeshi cuisine. Hussein observes that the rise of such eateries is akin to the Indian restaurant boom after the Second World War, when kitchens sprung up offering traditional home-style food to newly arrived migrants.

“Food is one of the key ways in which we connect to our identity and heritage, and for British Bangladeshis, it’s such a significant part of our identity, especially given the impact we have on the culinary scene in this country. It’s like, we’re proud of it, but it’s not our food, so let’s put our food on the table and see where it goes.”

Those early restaurants offered workers a taste of home, but today’s kitchens cater to the second and third generations, who may not know how to cook such food or might not have tried it before.

“It’s an emotional connection to the motherland that (the new generation) are becoming further and further away from — not just geographically, but from an identity perspective. Many of them pine for the motherland, and also, from a Brick Lane perspective, this is the Sylhetis reclaiming the place,” Hussein explains.

How to get around London: from tubes and trains to bikes and buses

In 2007, Tower Hamlets council designated Brick Lane a tourist area with a “creative and cultural focus.” Amidst soaring rents and glossy overhauls of Brick Lane’s historic buildings, local businesses and residents grew concerned that the neighborhood was being stripped of its unique character. According to a report by the Runnymede Trust, the borough had the most gentrification in London between 2010 and 2016. Hussein, however, is optimistic about relations between the Bangladeshi community and the newcomers.

“Those tensions are slowly starting to find a middle ground. This is our way of saying: This is our place as well. We’re happy to share it, but this is our space,” he notes. “We’re also saying we can be proud of our food as well, not just the food we’ve made for tourists.”

Top neighborhoods to explore in London 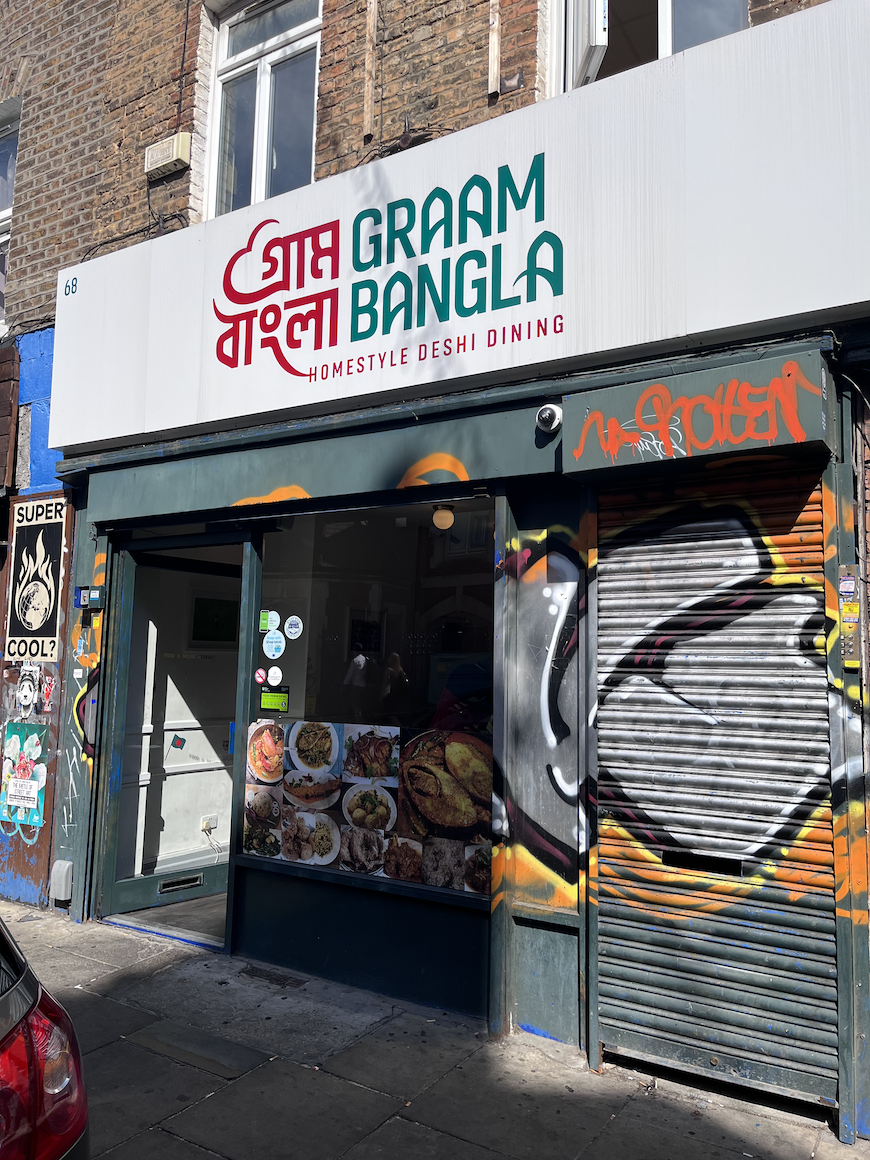 Hussein’s favorite Brick Lane restaurant and what to order

There’s no doubt this pride is well-placed — nestled in the middle of Brick Lane is Hussein’s favorite restaurant, Graam Bangla, which chef Atikur Rahman explains means “my village.” Rahman is a celebrated TV chef, and welcomes guests warmly by encouraging us to be adventurous and “eat with your hands because the fish have bones!”

Hussein points out that this is no Dishoom: the menu is filled with dishes specific to Sylhet and the northeast region, such that you can’t even find them in other parts of Bangladesh, let alone the UK. Some contain ingredients you may not have heard of, like shatkora, a citrus fruit with a thick rind and a bitter taste.

Rahman wasn’t kidding when he urged an adventurous appetite: the chefs are generous with whole bullet chilies, and although Rahman has adapted the dishes somewhat for his growing market, Hussein warns that “the fish looks like fish.” “As in a lot of these kinds of rural cuisines, you don’t waste anything,” he notes.

20 best free things to do in London 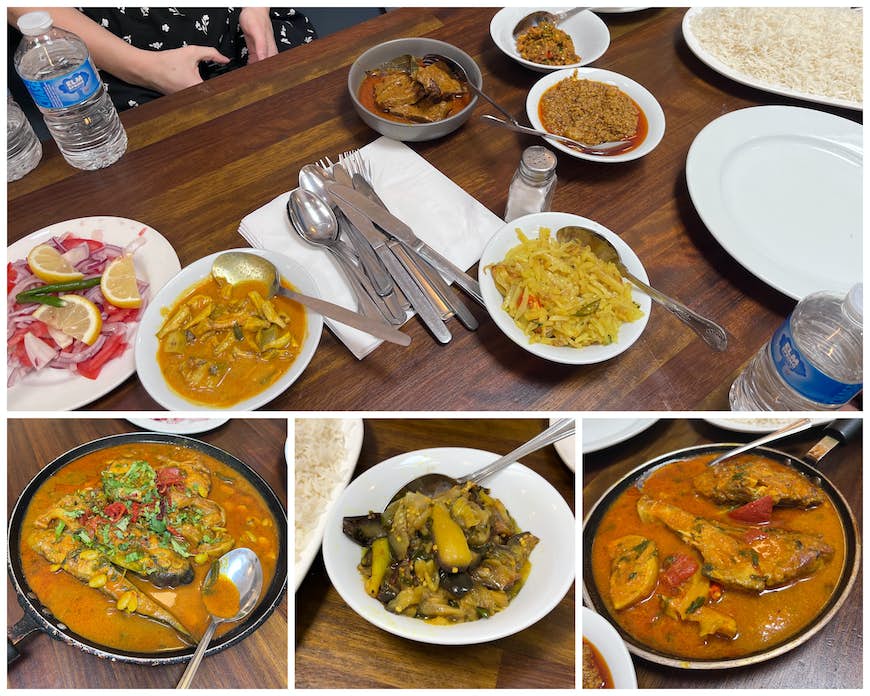 The fish dishes are Sylheti delicacies, such as the hearty boal maas catfish curry or the spicy broth, made with mashed potato, fermented fish and pure mustard oil for an extra kick. There are also delicious lamb chops in curry sauce, next to mouthwatering begun (eggplant) and keema aloo, a flavor-packed dish of minced meat and potatoes.

“Notice it is a ‘mum recipe’ — you can find exactly this food in Bangladesh. If you ask for chicken tikka masala, they will say ‘what the hell is this?’ These are our authentic mums’ recipes we follow,” says Rahman. As Hussein puts it, “the rest of us have to either ask our mothers to teach us or come here.”

Beyond the great food: highlights of the area

The restaurant zone is a major draw for the area, yet there is much more to Banglatown than its curries. Hussein points to the Brick Lane Mosque, which has what he calls the country’s “hippest minaret,” a 29m-high landmark containing color-changing LED lights. “It has the North African geometric patterns, but just like a lava lamp at night, it glows all different colors. I’ve never seen a minaret that does that!” says Hussein. “When you’re sitting on the trendiest street in London, I guess it’s only fitting.”

There’s also the Kobi Nazrul Centre, a cultural hub named after the rebel poet. Since the 1980s, it has supported local Bengali arts and today plays host to a variety of exhibitions, plays and heritage projects.

For quick bites, there’s the Sunday Upmarket, which Hussein notes has the biggest selection of halal food stalls in London, and outside, you can roam the flea market, which Hussein recalls was a vital resource for the first generation of Bangladeshis in Brick Lane. “It was very much something that my community relied on, because when they first arrived, the men had almost no money,” he says.

As well as celebrating the historical, cultural and culinary contributions Bangladeshis have made in the area, Banglatown remembers the suffering the community has endured. A few minutes from the entry gate, you will find Altab Ali Park, named after the 25-year-old Sylheti textile worker who was murdered by racists in 1978, and whose death sparked a movement in the community to fight back against fascists. 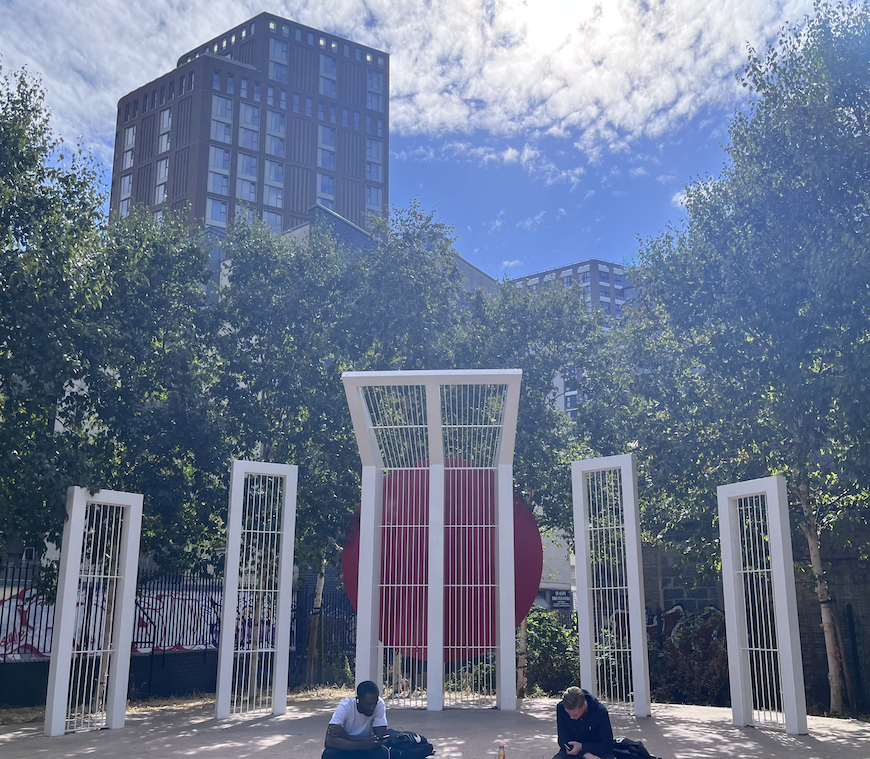 The park features a replica of a memorial in Dhaka known as the Shaheed Minar or Martyrs’ Monument, a striking abstract representation of a mother surrounded by her fallen sons, before a red dot reminiscent of the Bangladesh flag and symbolizing the blood of the martyr. The original was built in memory of lives lost during the War of Independence in 1971.

“It’s been erected here to honor Altab Ali, but also gives us a space where we can come locally to commemorate Independence Day and to commemorate others who have fallen,” Hussein explains.

It’s all part of the rich heritage that Banglatown is dedicated to honoring and preserving. Following the acknowledgment by the council, Hussein hopes that Brick Lane will become one of many Banglatowns in urban districts worldwide. “Because it’s formally recognized now, I think over time, you’re gonna see that becoming much more of a theme, in the way we see Chinatown as a theme across the world.” 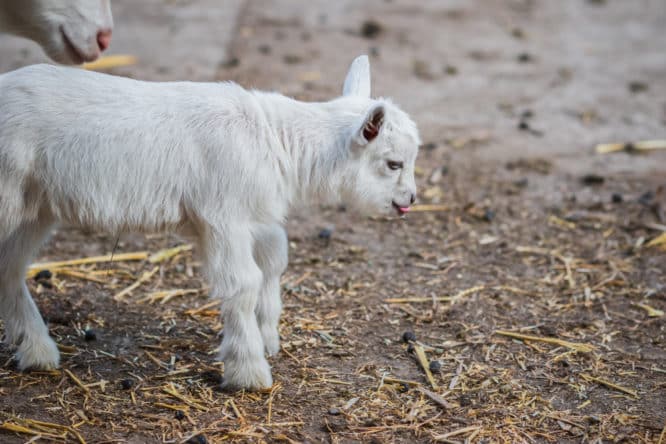 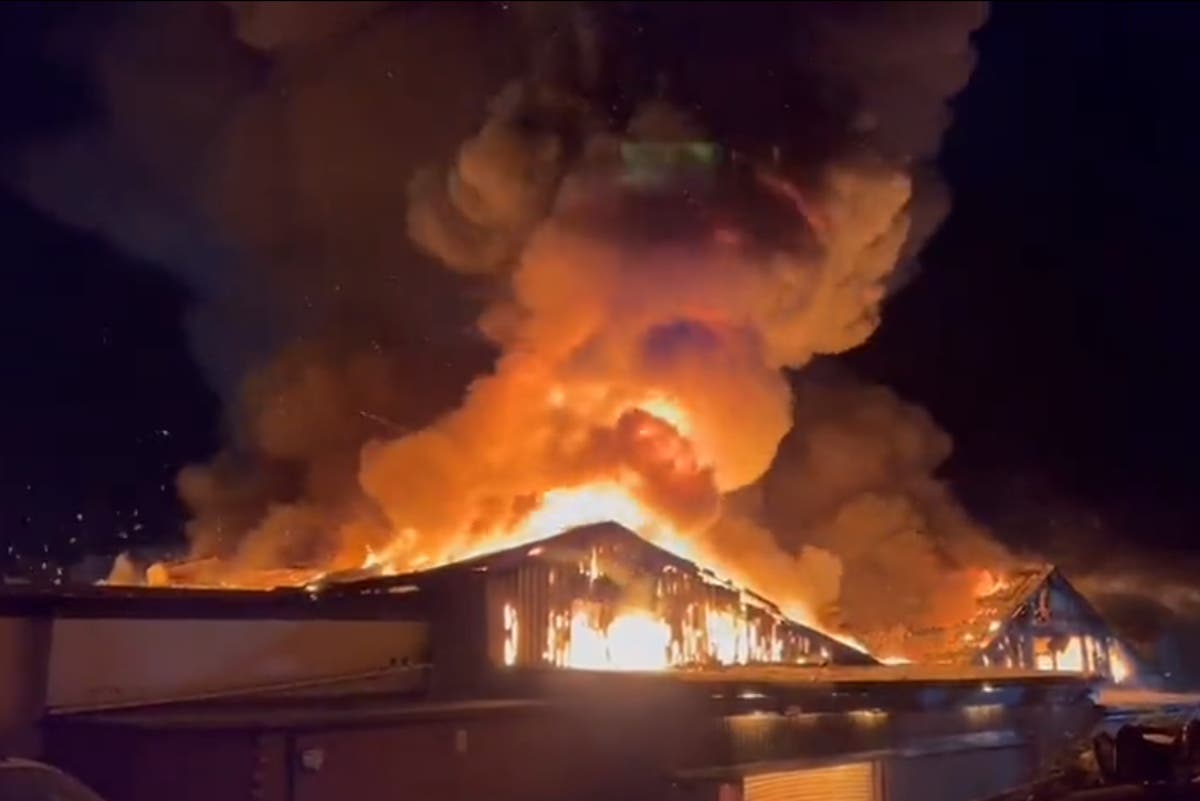 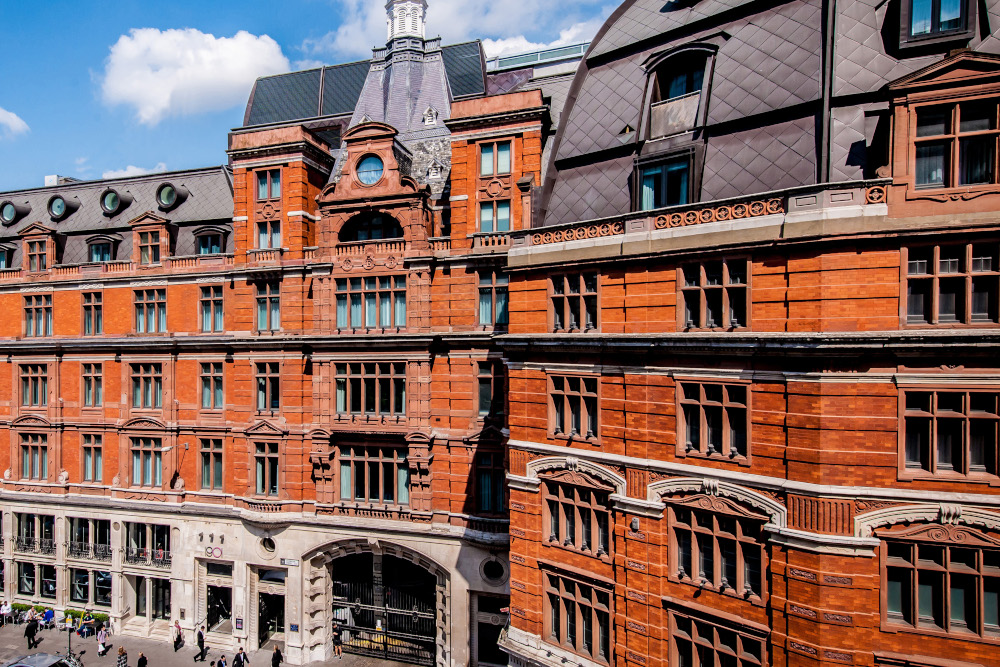 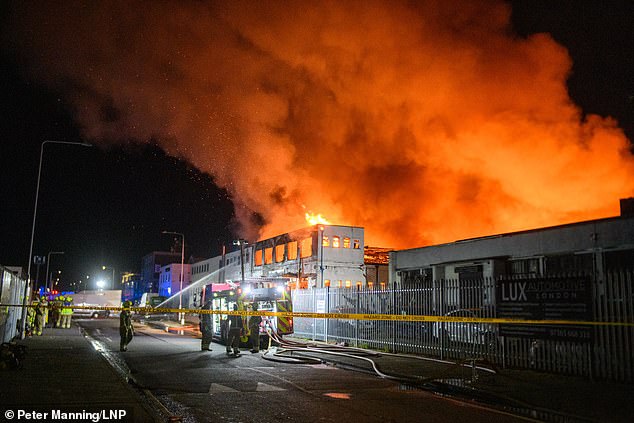