Left to sleep in her own faeces in a RAT-infested room: Grim footage of stroke patient’s horror stay… in an NHS hospital!

An NHS hospital was today accused of putting a stroke victim in a rat-infested room and leaving her to sleep in her own faeces.

An unidentified woman, admitted to the facility following a stroke, was allegedly put in the room, which MailOnline understands is next to a ward.

Her daughter, who has terminal lung cancer, says she was forced to visit the hospital nearly every day during her mother’s stay to change her, after being horrified to find she was left to sleep in her own excrement.

A Homerton Hospital spokesperson said it takes the concerns ‘seriously’ and will ‘continue to liaise with pest control specialists’.

It said it has spoken with the patient’s family so they can ‘raise any concerns they may have with us’. 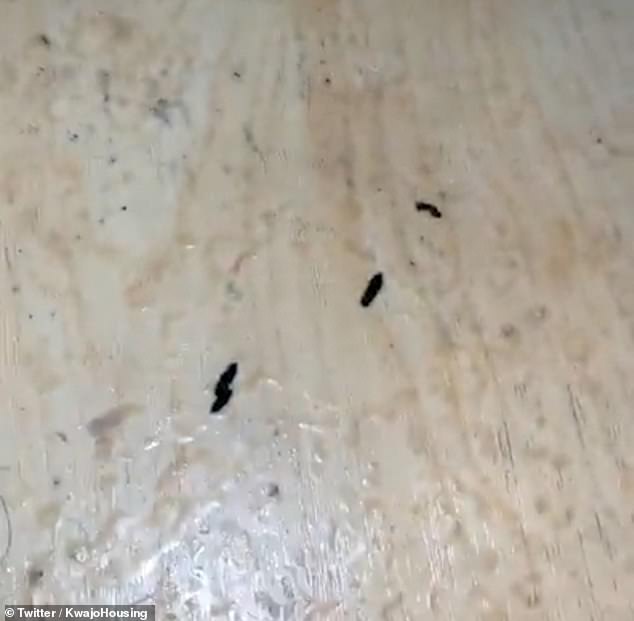 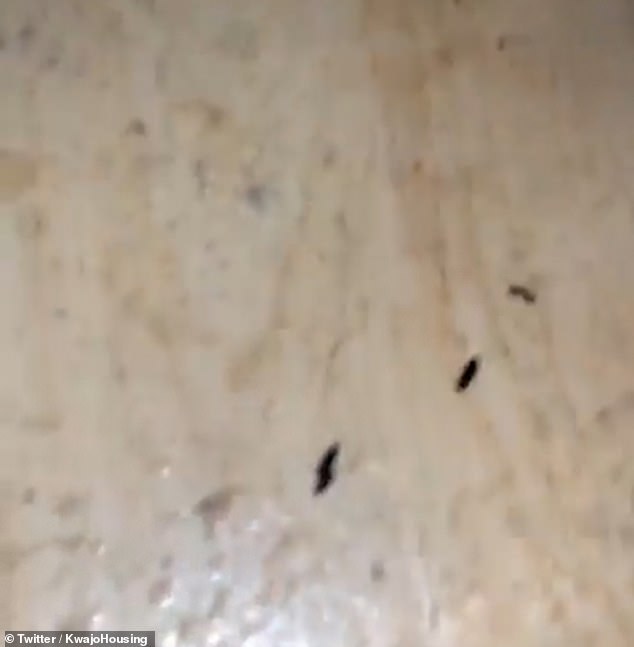 Footage posted online shows filthy floors allegedly covered in rat droppings at Homerton University Hospital in Hackney, east London. An unidentified patient, admitted to the hospital following a major stroke, was allegedly put in the room, which is understood to be next to a ward 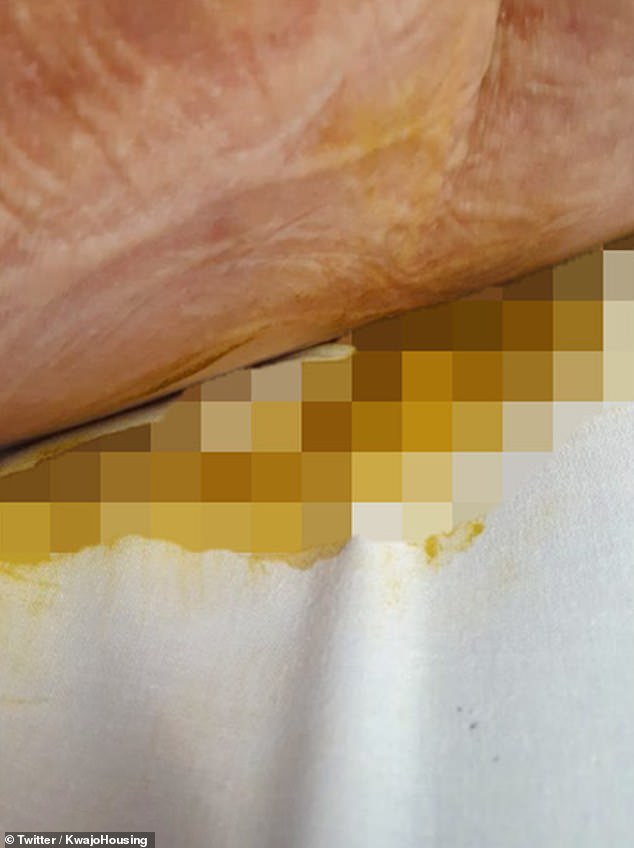 Her daughter, who has terminal lung cancer, says she was forced to visit the hospital nearly every day during her mother’s stay to change her, after being horrified to find she was left to sleep in her own excrement

He said it was sent by the daughter of the woman admitted to hospital. Neither were named.

It shows filthy wooden floors covered in dirt and what appears to be droppings from a rat or mouse.

MailOnline understands that it is a side room attached to the hospital’s main ward and the hospital is looking into the pest problem.

Mr Tweneboa said the stroke patient has also ‘been left to sleep several times in her own faeces’, with a picture purporting to show one of the incidents.

The patient’s daughter, who shared the gritty footage and image with Mr Tweneboa, is said to be a terminally-ill stage four cancer patient.

She claims she was forced to visit and change her mother’s clothing and bedding ‘pretty much every day’ over concerns hospital staff were failing to do so, according to Mr Tweneboa.

A spokesperson from the hospital told MailOnline: ‘We take these concerns seriously and continue to liaise with pest control specialists to address the problem of mice accessing one of our inpatient wards at the rear of our hospital.

‘We have spoken to the family of the patient featured in a recent Tweet to enable them to raise any concerns they may have with us.

‘The safety and care of our patients is paramount to us and we will make every effort to ensure that the quality of care is maintained at all times.’

One Twitter-user, who tweeted as Vix and claimed she was a nurse, said the images were ‘disgraceful and repulsive’.

She said: ‘I don’t care how short staffed they are there, I’m a nurse [and] I’d not EVER leave a patient in that filth.

The Care Quality Commission (CQC), which gave the hospital an ‘outstanding’ rating during a 2020 inspection, said it has shared concerns with the inspector responsible for the hospital.

A CQC spokesperson told MailOnline: ‘We are following up with the trust in response to the Twitter post to understand what measures they have in place to ensure the premises are clean, that infection prevention and pest control are prioritised and that patient needs are being met.

‘This includes checking that every action possible is being taken to identify and mitigate any safety risks and ensure the welfare and safety of patients — in line with national guidance.’ 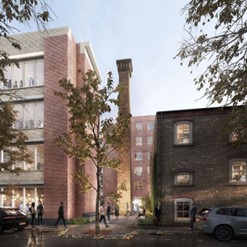