A four-year-old girl has died in a house explosion in Croydon, south London.

Four other people were rescued from the property, which collapsed after the blast.

The Metropolitan Police said: “Police were called shortly after 07:00hrs on Monday, 8 August following reports of a fire and explosion at a residential property in Galpins Road, Mitcham.

“London Fire Brigade attended and the body of a child, believed to be a four-year-old girl, was recovered from a building.

“Her next of kin have been informed and are being supported by specially trained officers.”

Six fire engines and around 40 firefighters were sent to the blaze in Galpin’s Road, Thornton Heath, shortly after 7am on Monday. 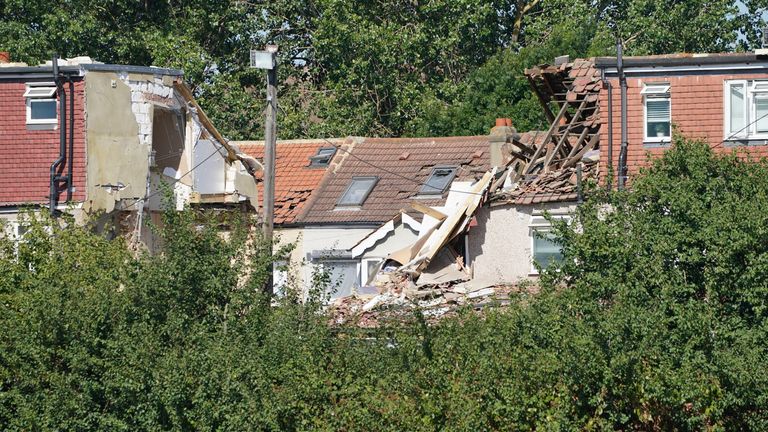 Kutoya Kukanda, 50, and Delroy Simms, 62, who live nearby, said they helped rescue three children from the rubble.

Mr Kukanda told Sky News correspondent Madeline Ratcliffe at the scene that he was sleeping when he heard something that sounded like “a bomb”.

He opened his window to find a cloud of “smoke” and heard “people screaming”, so he ran outside in his shorts and saw the collapsed home.

“The people inside the house were screaming,” he said, adding that “children were screaming and crying” and a woman was “shaking”.

Forty properties were evacuated and dozens of residents gathered outside a 50-metre police cordon in their pyjamas.

Some said they had reported a strong gas smell two weeks ago, and others said they had been feeling dizzy and sick during the last two days.

One local resident told Sky News they heard a loud boom from several streets away which felt like “a storm” passing through the house and blew open doors.

Others said they were woken up by the noise. One man living down the road said the windows and the doors of his son’s room were shaking after the explosion.

Mr Simms said that Mr Kukanda passed children out to him as bricks were still falling from the property.

“When I heard the explosion it was like an earthquake,” he told the PA news agency.

“It shook me up, and my house. The shutters on our windows blew off their hinges.

“I went to the window and saw the devastation.” 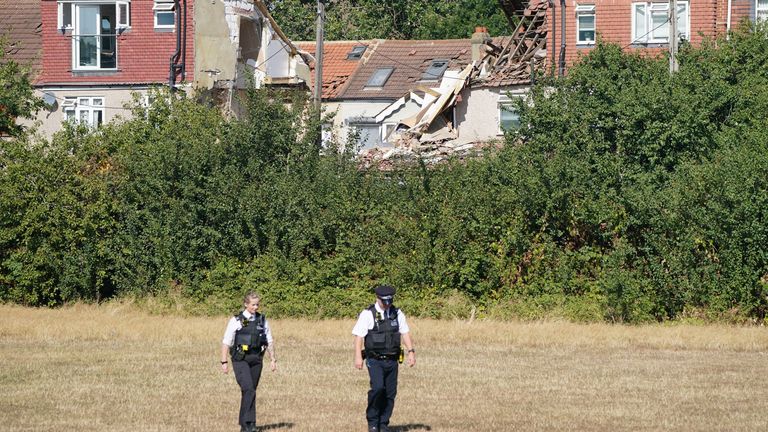 Amarjit Kaur said her windows shattered from the force of the explosion.

“I rang the police, there were dozens of people running down the street,” she said.

Ms Kaur described the efforts of Mr Simms and Mr Kukanda as “heroic”.

“That’s human kindness, that two people risked their lives to go in without knowing the consequences themselves.” 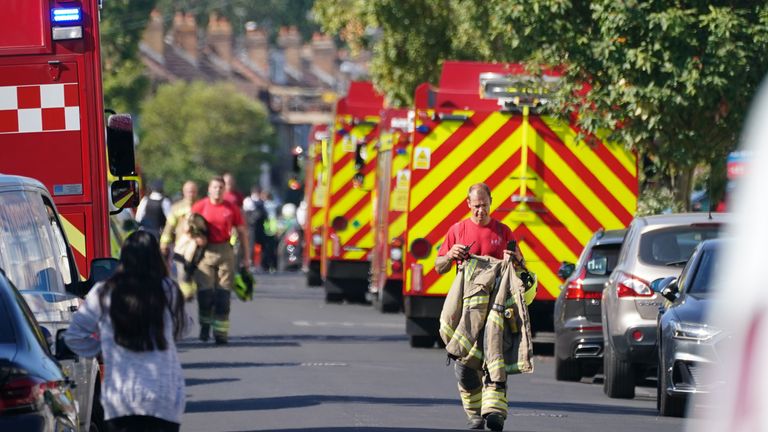 London Fire Brigade said it had taken 14 calls about the incident, and neighbouring properties were also damaged.

The cause of the fire and explosion is not yet known, it added.

Officers from the Metropolitan Police are also at the scene.

Steve Reed, MP for Croydon North, tweeted: “Heartbreaking news as the fire brigade confirm a child died in this morning’s Galpins Road explosion in Merton – thoughts and prayers with the family and all the others who have been hurt.”