T wo months ago, Freya Feilding decided she was ready to move in with her boyfriend. The 28-year-old medical researcher told her three housemates she’d be leaving their rented terrace in Camberwell, gave notice to her landlord and started searching for a new flat.

“We’re looking for a one-bed in north or east London for under £1,700 a month, and thought we’d easily find something,” Feilding says. But even booking viewings has proved nearly impossible. When she and her boyfriend have managed to visit a potential flat, they’ve been squeezed into pokey properties alongside 20 other prospective tenants, encountering landlords who want them to sign three-year leases with no break clauses.

“We saw one flat in Stoke Newington with an asking price of £1,400 per month, which seemed too good to be true,” says Feilding. Their offer of £1,600 a month was rejected. The agent later told her the landlord received 15 applications within 24 hours; the successful tenant offered well over £1,600 and paid a year’s rent in advance.

“We didn’t have a spare £18,000, so we had no chance,” says Feilding. The couple are now resigned to paying at least £1,800 a month, something they “probably can’t afford,” she adds. “I’ve moved a lot in London, and this feels by far the most insane it’s ever been.”

It’s a bad time to be a renter in the capital. The number of homes available to rent privately has dropped dramatically across all boroughs: in March, it was 25 per cent below pre-pandemic levels, and the number of available rental properties in areas including Lambeth, Hackney and Camden has more than halved since last year.

As supply has dwindled, rents have rocketed. More than half of London landlords have raised rents when reletting or renewing contracts with existing tenants in 2022, according to data from lettings agency Hamptons, compared with 21 per cent in 2019 — now the average monthly rent in London has risen above the £2,000 mark for the first time. For those without deep pockets, trying to find somewhere to rent in the capital has long been exhausting and expensive. But this summer, it’s nothing short of soul-destroying. 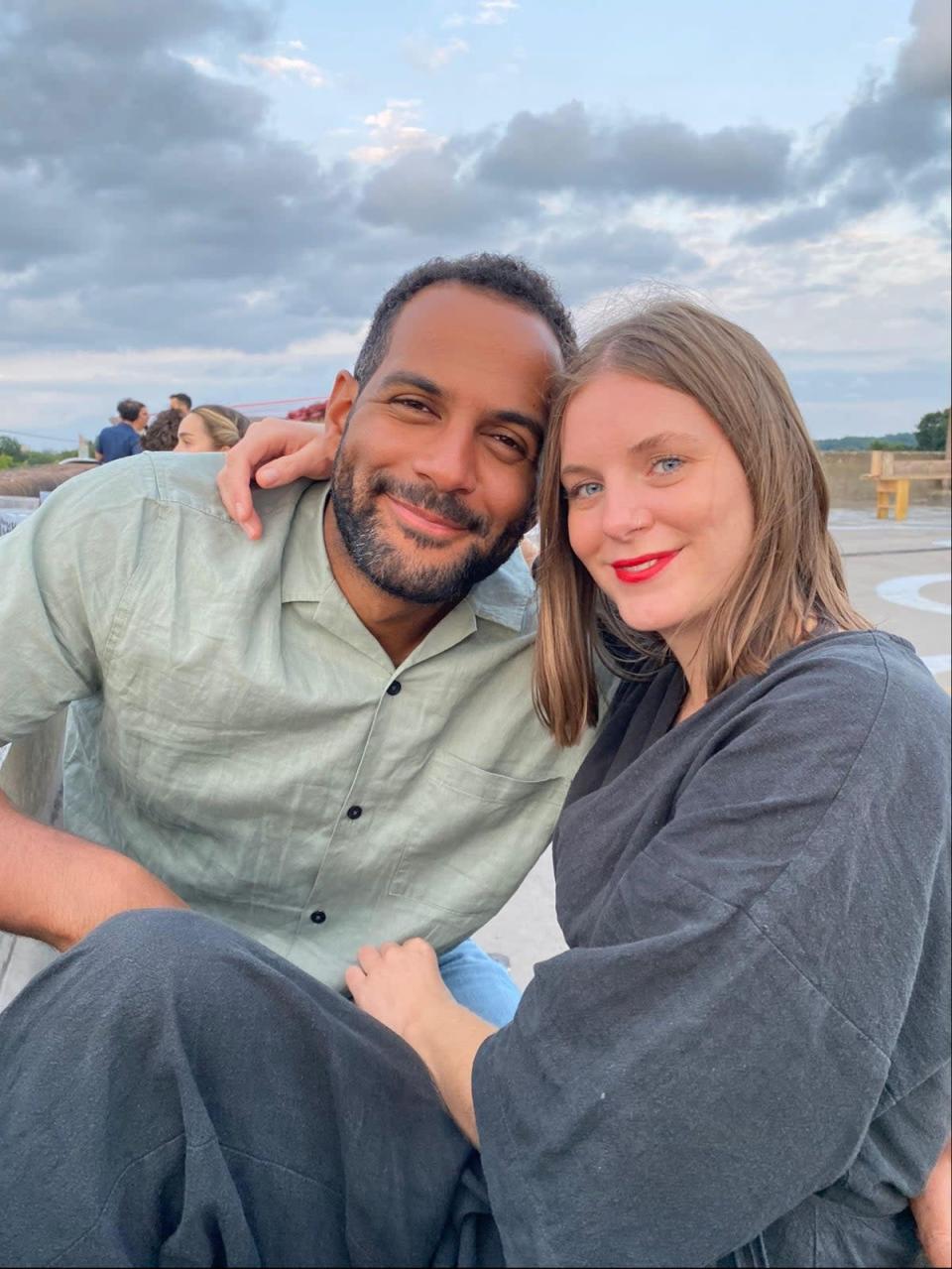 “We have a serious housing shortage,” says Greg Tsuman, president elect of ARLA Propertymark, a professional body for the property sector. Tsuman is also lettings director of Martyn Gerrard, an estate agents with 11 branches in north London. Last June, 5.43 people were looking to rent each available property on its books; by May this year, the figure stood at 33.6.

The agency recently let a house to a family who parted with almost £100,000 in advance rent to secure a lengthy tenancy. “Speaking to many friends in the industry, this is consistent with what they’re seeing [across London],” Tsuman says.

With house prices soaring, many landlords in London are selling up, fearing a burst in the property bubble. Research by Propertymark indicates that less than half of sold buy-to-let properties are returning to the private rented sector, leading to a dramatic drop in available rental properties.

Tsuman says landlords are getting out of the game over concerns about taxation and further regulation; the landmark Renters’ Reform Bill has promised to outlaw Section 21 “no-fault” evictions, make it illegal for landlords to refuse to rent to those receiving benefits, and enable tenants to be repaid rent for poor quality homes. The legislation is in limbo after Levelling Up Secretary Michael Gove was ousted from government, but may still be passed. “I hear landlords saying Labour are much more pro-landlord than the Tories at the moment,” says Tsuman.

But landlords and people with a spare £100,000 for advance rent aren’t the biggest victims in the rental crisis. Izzy Köksal is a member of Housing Action Southwark and Lambeth (HASL), a community group that supports south Londoners with housing problems, connecting them with legal advice and campaigning for the creation of more council homes (including properties big enough for families).

In the last year, the situation has felt more desperate than ever

Köksal says HASL’s twice-monthly meetings in Elephant and Castle have never been busier. Similar grassroots organisations are also experiencing a surge in demand; Acorn, a “union for the community” that campaigns across the UK on local housing issues, has gained over 500 members in London since 2021.

Issues such as rent increases and no-fault evictions are “familiar problems” to HASL, says Köksal, “but in the last year, the situation has felt more desperate than ever.” Most HASL members are private tenants on very low incomes, making them particularly vulnerable to rising rents. (They’re also at risk of exploitation; Köksal says many landlords she hears about through HASL are “bordering on criminal”.)

For Londoners who can’t afford higher rents but cannot access social housing, the prospect of being made homeless this summer is very real. “Families in private rented housing end up homeless because of how the sector is set up to fail people,” says Köksal. HASL recently supported a cancer patient who was evicted from their privately rented home and ended up “trapped” in unsuitable emergency temporary accommodation, she continues. “There’s nowhere for them to move to. And rents are still rising, so we know it’s going to get even worse. It’s almost too terrifying to imagine.” 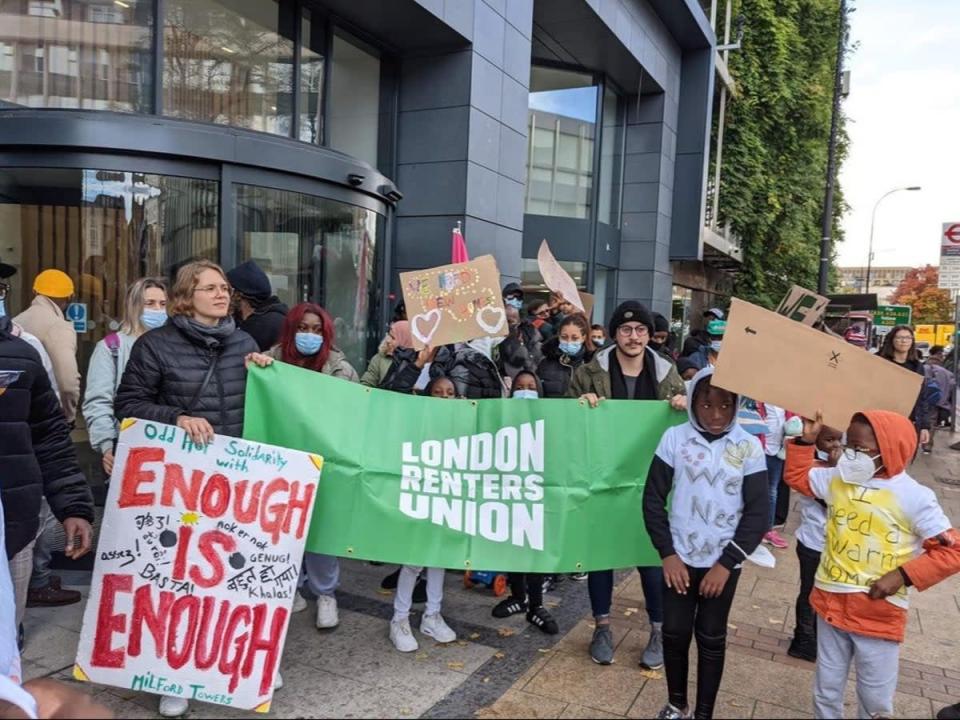 London’s housing crisis is not new, and the causes for the rental market madness are long-standing and complex. What is new is the flood of people returning to the city after fleeing during lockdown, and the number of landlords selling up or choosing to raise rents to make up for lower pandemic earnings. Vicky Spratt, housing correspondent at the i newspaper and author of new book Tenants: The People on the Frontline of Britain’s Housing Emergency, says many landlords are passing on concerns about the cost of living to their tenants.

“Consumer inflation is going up, [so] if you’re a landlord, you want to charge the absolute maximum for your property, because you’re probably worried about the country’s economic outlook, too,” she said. The crisis has been compounded by years of inadequate investment in social housing. Ruqaiya*, 38, has been on the waiting list for a council flat in Lambeth for six years. She currently privately rents a one-bedroom flat in the borough, which she shares with her five-year-old daughter, who is autistic and needs a high level of support. Ruqaiya cannot bear the thought of moving her daughter from the local school, where she is relatively settled, and has been desperately searching for another flat in Lambeth. But, she says, “there is nothing”.

Rents are still rising – we know it’s going to get even worse. It’s almost too terrifying to imagine

Like a third of private renters, Ruqaiya receives housing benefits from her local council (in her case, £1,210 a month), plus a carer’s allowance. Last year, she says she saw one-bedroom flats in her neighbourhood advertised for “£1,300, £1,400, £1,500 a month”. Now, similar properties are being let for £2,000 — far beyond her reach. The stress keeps her awake at night. “Even people who are not on benefits are finding it very difficult because the price of everything is going up — groceries, electricity, gas, rent,” says Ruqaiya. “I don’t know what I’ll do.”

The Renters’ Reform Bill may be on hold, but it could be passed quickly with political will. Shelter is also calling on the Government to unfreeze housing benefit so that it covers rents in the bottom third of the market — something it did during the pandemic, then reversed — which would mean people on the lowest incomes could access more places to live.

Propertymark argues that the Government should reduce tax on landlords if they commit to providing long-term, affordable accommodation, while Mayor Sadiq Khan has renewed his calls for rent controls. But any long term solution would require action from Westminster — and mitigating the rental crisis doesn’t appear to be a priority for a government in disarray.