Each day, London’s crown and magistrates courts see the very worst of our society. From sophisticated fraud cases to grizzly gang-murders and petty pick-pockets, hundreds of criminals make an appearance each day for justice to be served. Amongst those, a number of shocking paedophiles and sexual predators have been locked behind bars, ensuring that the streets of our capital are safer.

Recent data from the Office of National Statistics showed that in the year ending December 2021, there was a 22% increase in the amount of sexual offences recorded by the police across England and Wales. Rape offences also reached a decade high in London, with the Metropolitan Police stating they were committing to tackling sexual offences and bringing perpetrators to justice. Other shocking figures show that an estimated 450 paedophiles were arrested each month in the UK during the pandemic, as children and teenagers spent more time on the internet.

For several on this list, they may never see the outside of a prison cell due to the lengthy sentences imposed by the judges. One twisted sex offender had anonymously stalked his victims on social media by taunting them with rape threats, whilst three men have been jailed for historic sex abuse crimes that stems back to 20 years ago.

Thanks to the bravery of victims who reported their abusers and courageously gave evidence against them, these vile predators have now been jailed. MyLondon has taken a look at the most shocking criminals who have been jailed for their heinous crimes in recent weeks.

Vishaal Vijapura had created an Excel spreadsheet with a ‘rape list’

A stalker from Croydon who had posted a ‘rape list’ featuring 191 potential victims was jailed for two years and eight months. Vishaal Vijapura, 28, had used multiple usernames across social media platforms to anonymously contact his victims, and would use his research to intimidate them by regurgitating details about them.

Once they would block him, he would create a new account and continue to harass them. Police found eight excel spreadsheets with lists of names, home addresses, date of births, phone numbers, names of relatives and social media usernames, with 150 of those being real, traceable people.

He had also written essays on the notes app of his phone which detailed sexual abuse fantasies and he had previously attempted to explain why he would prefer to rape someone in a post titled ‘Why r is better than sex: a thread’. An investigation into his crimes began after a number of victims contacted the police and he was traced through his IP address.

Vijapura pleaded guilty to seven counts of stalking involving fear of violence and was jailed at Croydon Crown Court. He was also handed a sexual harm prevention order and a restraining order prohibiting him from contacting any person on the list for life.

The twisted paedophile was jailed after sexually abusing six children over the course of 18 years. Robert Pearce, 54, had abused his position as the leader of a live action roleplay group to groom several of his victims, many of whom were under the age of 10.

His offending had included sexual touching, kissing, causing the young girls to engage in sexual acts and five counts of rape, with one victim believing herself to be in a relationship with Pearce, despite a thirty year age difference and her being underage. Another victim had been plied with alcohol until she “could not do anything” and was then raped.

He was eventually caught after a young girl confided in her mum that Pearce had shown her pornographic videos and had touched her underwear. After he was reported to the police, an officer was able to trace former victims, who detailed that he had gained their trust by sending them texts, money and gifts.

Following a trial at Croydon Crown Court, Pearce, of Bermondsey, was found guilty and has been handed an extended sentence of 35 years. He was told that he posed “a danger” to both women and children and was also made the subject of a sexual harm prevention order and has been placed on the sex offenders register.

The married couple were jailed for trafficking and exploiting hundreds of vulnerable women across London for sex work. Sebastian Zimoch, 48, and Anna Zimoch, 46, had started to operate brothels in the Docklands in 2015 with three other gang members, before they expanded and opened five in west London.

The Zimochs ran an escort website called Golden Kiss which advertised girls for sex work, and by the time they were arrested, they had employed a number of drivers and a receptionist. It was estimated that they made a personal gain of £500,000 as they exploited up to 300 Polish women, who had been promised work in the UK but were forced to have sex “all day and night like a machine”.

One teenage victim was fed cocaine to prevent her from sleeping, was starved and was made to sleep with up to 10 or 12 men each night. She eventually managed to escape and alerted the police in April 2020.

Following a 10-week trial at Isleworth Crown Court, Sebastian Zimoch was jailed for eight years, whilst his wife received a two-year suspended sentence. Three others, including Michael Lozinski who had turned his house in Hayes into a brothel, all received prison sentences.

The South London man was jailed after he was caught with ‘handbooks’ on how to sexually abuse children, as well as thousands of distressing videos and images of child pornography. Lewis Andrews, 26, was first arrested at his home in Camberwell in November 2021 after his IP address was traced by the police.

Upon searching his bedroom, they found a variety of Class A drugs and different devices, as well as two “handbook guides” which had been written to offer advice to paedophiles. A forensic examination of his laptop found that he was in possession of thousands of images and videos of child pornography, and that he was part of an online community which discussed paedophilia.

In one conversation, he had expressed a preference for the abuse of children under the age of three, with several of his videos showing children “in discernible pain and distress”. He pleaded guilty to all charges and was jailed for 13 months.

Eloi Sesay has been jailed for eight years for raping his victim
(Image: Met Police)

The evil rapist had attacked a woman at a property in Walthamstow, whilst a second man engaged and simultaneously sexually assaulted the victim. On September 21, 2019, she had been under the impression that she was due to attend a gathering with a 25-year-old man that she had been communicating with online for four to five months.

After driving her to the address, she was in the company of Eloi Sesay, 32, and Olamide Oluwajana, 33, and she was told that others would be joining later on. After engaging in consensual sex with the man she had speaking to online, Sesay entered the bedroom, took his place on the bed and raped her.

Whilst this was ongoing, Oluwajana also entered the room and sexually assaulted the woman. In her desperation to escape, the victim broke an acrylic fingernail and left the property on foot, where she reported the incident to the police the following morning. During the course of the investigation, officers found the acrylic fingernail in the bedroom and a picture was recovered on a device, which showed the victim being raped.

A man from Mitcham has been jailed for historical sexual abuse against two young girls, who had endured years of suffering. Anthony King, 54, was first investigated by the Met’s Child Abuse Investigation Unit in 2019 after receiving a call from one of his victims.

After building a strong rapport, the victim consented to a detailed video interview, which led to his arrest on March 4, 2019. That same year the second victim made a call to the police and he was arrested again. An investigation led to a number of witness interviews, statements and phone downloads which resulted in King being charged with 15 offences.

He appeared at Kingston Crown Court where he was jailed for 26 years in prison for his crimes.

Geoffrey Tullett had raped his victim at a flat in Holloway
(Image: Met Police)

The 77-year-old has been jailed after raping a woman he had previously abused as a child at his flat in Holloway. Geoffrey Tullett had first begun to abuse his victim in the early 2000s when he placed his hand up her top and into her underwear, before warning ‘Don’t tell anybody’.

This had occurred a second time when she was a few years older, where he once again sexually molested her by putting his hand into her underwear. After relocating and rebuilding her life as an adult, the woman was brought back into contact with her abuser in 2017, where he raped her in his living room.

After he ejaculated, his victim kept her underwear and made the decision to report him to the police, where she gave an “incredibly distressing” interview. Her underwear was forensically examined and provided “irrefutable evidence” that sexual intercourse had taken place. Tullett had denied the charges of rape and two indecent assaults on a child under the age of 14, but was unanimously convicted by the jury.

Appearing at Southwark Crown Court, he was jailed for 18 years and has been made the subject of a sexual harm prevention order and an indefinite restraining order. He has also been placed on the sex offenders register for life.

The transgender man was jailed after tricking three women into sexual relationships by using a prosthetic penis. Tarjit Singh, 32, identifies as a trans man, and had struck up three abusive relationships with his victims between June 2010 and March 2016.

During the course of these relationships, Singh would insist on wearing clothes during sex and keeping the room dark, and when his victims asked questions, he would become abusive and manipulative. He told one victim that there was more to a relationship than sex and that she should learn to talk about her feelings more.

The victim only discovered Singh had female genitalia after finding a strap-on prosthetic penis several months into their relationship. Singh had also told another victim that he had been born male, had a sex change to become female and now wanted to be male again.

He was eventually caught after his third relationship became abusive and the victim made a complaint to the police, which was then linked back to previous complaints from his two earlier victims. A jury at Snaresbrook Crown Court convicted Singh of three counts of assault by penetration, six counts of assault occasioning actual bodily harm and one count of making a threat to kill. He will return for sentencing on July 27. 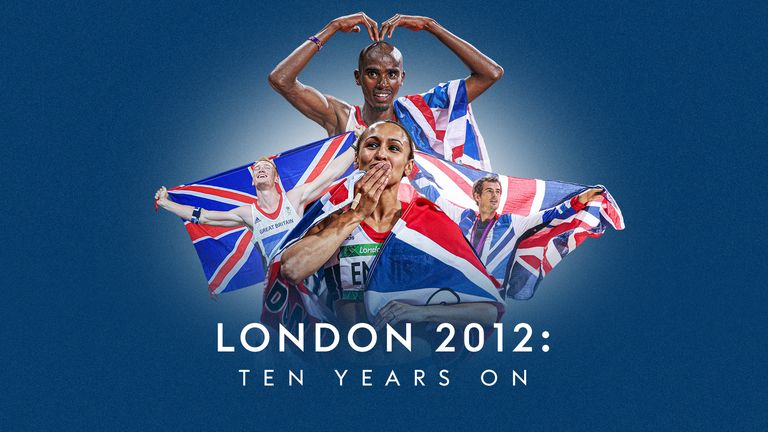