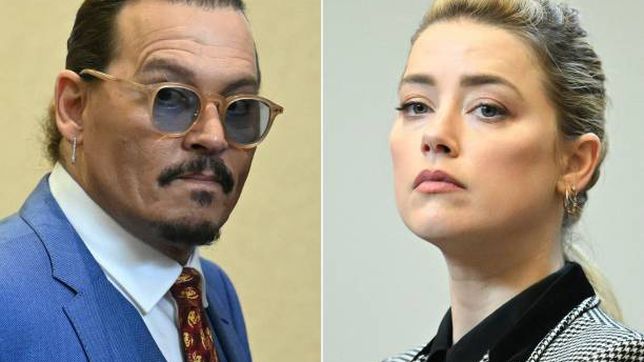 The Depp-Beck album: what to know

in reference to that last post about Depp and English guitarist Jeff Beck, their album of mainly covers is soon to be released, after taking to the stage together in those unsurprisingly headline-grabbing shows.

Called “18”, the 13-track album will be released on July 15. The “Pirates of the Caribbean” actor performed alongside Beck at several UK venues in the past two weeks.

“It’s almost like you’ve been through a record store and gone jumping from one genre to another,” Beck said, stating that they first began working on the album at Depp’s home in France.

“There’s a couple of Motown, there’s a couple of Beach Boy covers on … It sounds pretty good for a home recording.” Depp and Beck have recorded music since 2019 for the album, which also features two original songs by Depp, who has his own band the Hollywood Vampires. One song is about actress and inventor Hedy Lamarr.

“We slowly built songs that we just like. We didn’t really make any design,” Beck said.

“He has … a very distinctive (voice) and he gets he gets music and hopefully I’ve enabled him to open up to some songs that he wouldn’t otherwise been interested in.”

Upon the successful verdict earlier this month, Depp said the jury gave him his life back.

Beck said: “I hope I have helped him a little bit having some kind of understanding and closeness and joking, and just keeping the fun thing going.”

Beck was speaking on the sidelines of a blue plaque event honouring late guitarist Jimi Hendrix at the London Hard Rock Hotel. The building was formerly the Cumberland Hotel, where Hendrix often resided before his 1970 death.

“It was one of the biggest vacuums left in rock ‘n’ roll,” Beck said.

Eurovision is (probably) going to be hosted by the UK next year!