It has been a weekend filled with crime across London, with multiple stabbings and attacks reported. A man held people up with a machete on a bus, a 52-year-old man was violently attacked by a group in the streets, and a stabbing outside a Tube station has left a man fighting for his life.

Here is a round-up of all the violence that has occurred in the last few days across the city.

A man committed a knifepoint robbery on a London bus before fleeing the scene this morning (June 13) at 4.28am. Officers later caught up with the suspect who was found with a machete along with several stolen iPhones and ear pods. In addition, the man was also wanted for five separate offences including further robberies. Read the full story here.

Man rushed to hospital after being attacked inside home

Two people were arrested after a man was discovered with head injuries following a fight in Croydon. Police were called to a residential address on Gillett Road, Thornton Heath, at around 4am on Saturday where they found the man.

He was given first aid on scene by police officers and taken to hospital where his condition was assessed as non-life threatening. At the time, two people were arrested in connection with the attack. Read the full story here.

In a shocking video, a group of at least eight men attacked one man on a North London street, punching and kicking him in broad daylight. The footage, which was shot just after 7.50pm on Saturday, appears to show a dispute between two groups on Ashley Road in Tottenham.

The footage, filmed by a witness from a balcony overlooking the scene, shows the man who was later attacked with a small group of people, including a woman with a young child, shortly before an argument broke out with another group in the street.

Police officers rushed to the scene alongside paramedics from London Ambulance Service, where they found a 52-year-old man with a nose injury. The suspects had fled the scene before the police arrived, and none were arrested at the time but the investigation remains ongoing. Full story here .

The group continue kicking the man as he tries to protect his head
(Image: Runner Media)

Man fighting for his life after being stabbed near Tube station

A 28-year-old man was left fighting for his life in hospital after being stabbed in broad daylight during a group fight on Junction Mews, near Edgware Road station in Paddington on Saturday night.

Met Police officers were alerted shortly after 6.30pm to reports of a group of people fighting with knives. He was treated at the scene by paramedics before being taken to hospital, where his condition was assessed as critical.

Photos and a video seen by MyLondon show emergency services on the road with a young man lying on the floor, bleeding heavily. Read the full story here.

Man left fighting for his life after head injuries

A man was left fighting for his life after suffering head injuries following an incident on Friday. The victim, in his 40s, was found by police in the Whitton Avenue West area of Greenford at around 6.30pm that evening.

He was taken to hospital where his condition was assessed as critical. Three people have been arrested in connection with the investigation. Witnesses with information have been asked to call 101, ref 8115/10jun. Read the full story here.

A boy, aged 15, was arrested by Metropolitan Police officers after a man in his 30s was injured outside Vauxhall station in South London on Friday in broad daylight.

Officers were called to Vauxhall station at 5.52pm last night following reports of a stabbing. The man was taken to hospital where his condition was found to be non life-threatening.

In other incidents across the capital, a young man, thought to be in his 20s, was found dead in a woods in South London. Police were called to Oxleas Woods in Welling on Saturday morning to reports of an unresponsive man.

Sadly the man was pronounced dead at the scene. The death is not being treated as non-suspicious. Enquiries are ongoing to inform the man’s family. Read the full story here .

Later on Saturday afternoon, police were accused of throwing a young woman to the ground at an immigration raid in Peckham. A crowd of 200 people gathered at Evan Cook Close after immigration officers detained a man and placed him inside a van.

One protester, Angus, told MyLondon : “It was a peaceful protest, people were just sitting down or standing around. Then police started rushing the crowd. Young women were pushed to the ground by officers.”

A Met spokesperson said they were not aware of any injuries. Read the full story here. 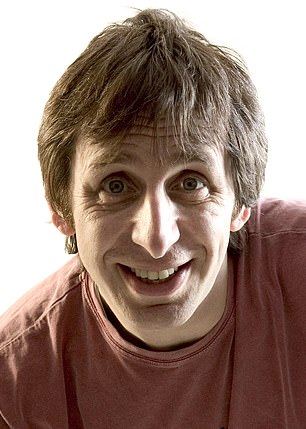