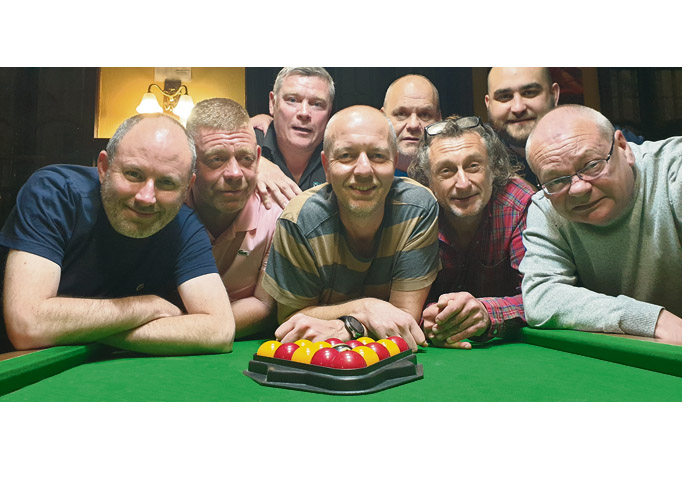 THERE was more than just a place in the next round up for grabs on Monday night as teams in the Chalk Farm Pool League turned their attentions towards the divisional cups.

There were also bragging rights on the line as The Crown, captained by league secretary Simon Wild, took to their home table in Holloway to face a Northumberland Lions side featuring league chairman Shaun Pollard.

The race to five frames competition garners plenty of interest from north London’s top potters as it incorporates a handicap system in a bid to level the playing field. Depending on how they fared in the first half of the season, teams can start with a one- or two-frame advantage.

But with The Crown and the Northumberland Lions finishing fourth and fifth in the league, respectively, there was no advantage to be had in this Division One Cup clash, and so the two teams started on scratch.

That made The Crown’s victory even sweeter as they pocketed a resounding 5-2 win.

“There’s always a fierce yet friendly rivalry when the chairman’s team meets the league secretary’s team,” said Wild. “It was a great result. My players have their sights set on winning the trophy.”

My 9 Favorite Markets To Visit In London