A mission to 3D-map a comet for the first time, involving Imperial academics, has been officially adopted by the European Space Agency.

The Comet Interceptor mission was formally adopted by the European Space Agency (ESA) at a meeting in Madrid today, moving from the design phase to implementation.

The whole team at Imperial is delighted. Comet Interceptor is the first mission to probe a comet from three different points simultaneously. Professor Marina Galand

Due for launch in 2029, the mission will see one main spacecraft (build by ESA) and two robotic probes – one from ESA and the other from the Japanese Space Agency (JAXA) – travel to an as-yet unidentified comet and map it in three dimensions.

A team from the Department of Physics at Imperial are leading one of the instruments on board the ESA probe which will fly the closest by the comet. The Fluxgate Magnetometer (FGM) funded by the UK Space Agency will provide high accuracy and high-time resolution measurements of the comet’s magnetic field strength and direction.

Professor Galand said: “It is brilliant news to hear about the mission adoption. The whole team at Imperial is delighted. Comet Interceptor is the first mission to probe a comet from three different points simultaneously. The magnetometers are the only instrument present on all three spacecraft: complemented by plasma and particle measurements, they will provide an unprecedented 3D view of the interaction of a pristine comet with the solar wind.” 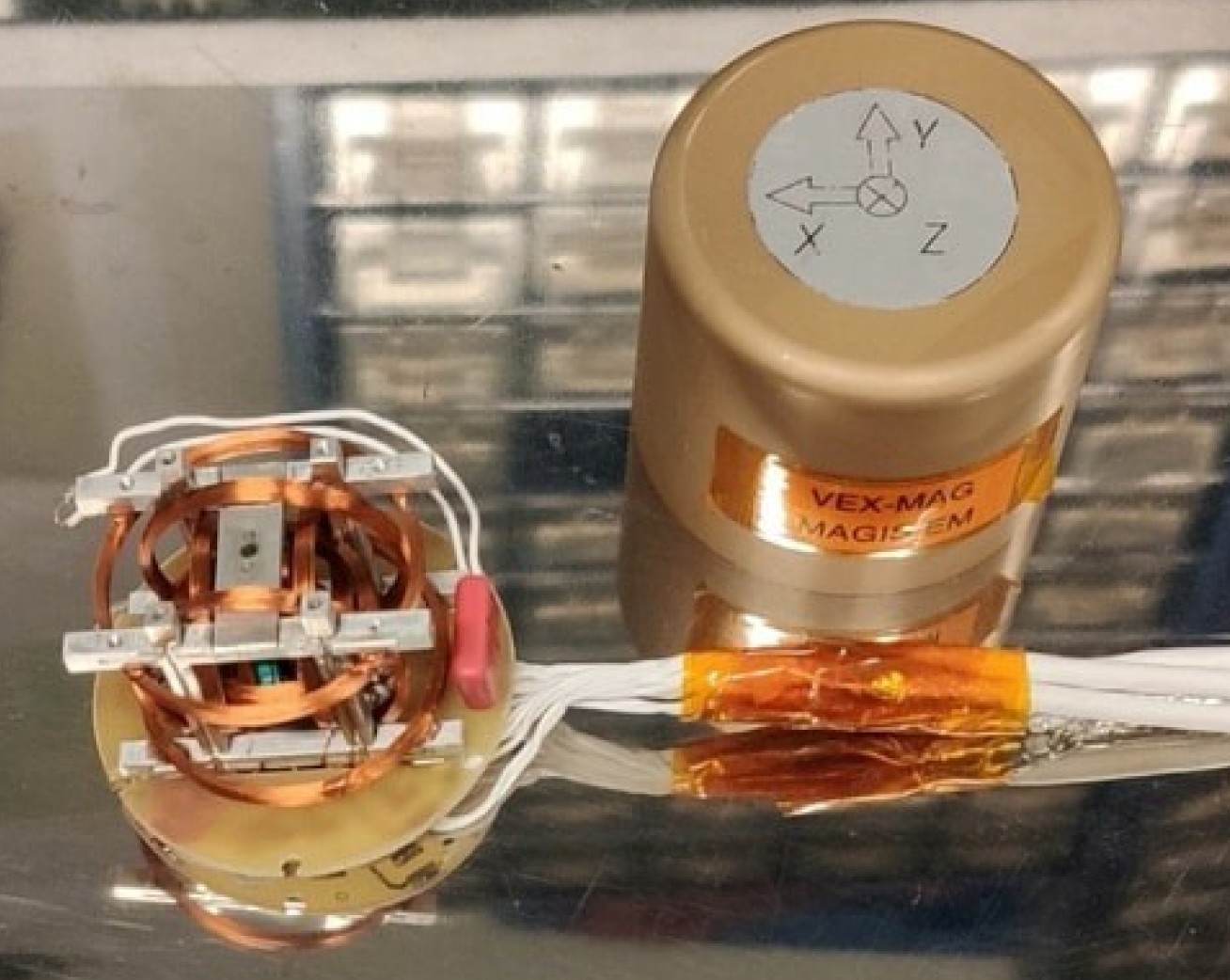 The fluxgate magnetometer sensor (left) with harness and its cover (right) built in close collaboration with colleagues at IWF, Austria

Comet Interceptor will not only further our understanding of the evolution of comets but help unlock the mysteries of the Universe. Comets are what is left over when a planetary system forms and in each ancient object is preserved information about the formation of the Solar System 4.6 billion years ago.

Comet Interceptor, first proposed by a team led by University College London’s Mullard Space Science Laboratory (MSSL) and the University of Edinburgh, would be the first mission to travel to a comet which has never previously encountered the inner Solar System.

To do this, it will need to launch and reach a holding position around one million miles away from Earth. There it will lie in wait – possibly for years – until astronomers on the ground spot a suitable comet for it to intercept. The two probes will make closer passes of the comet’s nucleus and beam their data back to the main craft.

This new ambush tactic is the first of its kind. The fly-by of the three spacecraft, including the two probes, which measure less than a meter across, is likely to take just a few hours but could illuminate conditions that prevailed more than four billion years ago.

Previous missions have studied comets trapped in short-period orbits around the Sun, meaning they have been significantly altered by our star’s light and heat. Breaking from that mould, Comet Interceptor will target a pristine comet on its first approach to the Sun.

The scientists are likely to target a comet travelling from the Oort Cloud — a band of icy debris that lies about halfway between the Sun and the next nearest star.

This debris was formed during the conception of the Solar System but was rapidly ejected to its outermost edge. Unlike more familiar comets, their surface will not have been vaporised by the Sun’s energy — a process that leads to dust building up on a comet, obscuring its original state.

Once the probes reach a pristine comet, they will study and scrutinise the chemical composition of it, with one aim being to evaluate whether similar objects may have brought water to planet Earth in the past.