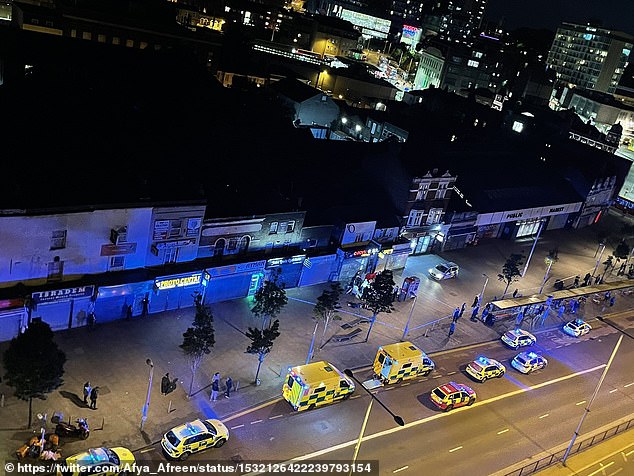 Two young men have been stabbed to death in separate incident in London as the capital prepared for the four-day Platinum Jubilee bank holiday.

Police were first called to reports of a stabbing in Neasden, north west London, at around 6.30pm.

A man believed to be in his mid-20s was found injured in the street and, despite the best efforts of paramedics, was pronounced dead at the scene around 45 minutes later.

A police cordon has been erected around Henderson Close and a number of local roads have been closed to traffic.

The man’s next of kin has not been informed and no arrests have been made as of yet, police have said.

A large presence of emergency services and a police cordon are also in attendance at an incident in Woolwich, south east London, this evening.

Several police cars and ambulances have been pictured in the Plumstead Road area.

It comes as the capital prepares for the Queen’s Platinum Jubilee celebrations this weekend.

Several police cars and ambulances have been pictured in the Plumstead Road area of Woolwich, south east London, this evening

An increased presence of specially-trained police officers have been patrolling London in the run-up to the bank holiday.

Metropolitan Police Deputy Assistant Commissioner Barbara Gray also said yesterday that the event was a chance to show London at its best.

But instead it has been marred by two stabbings within hours of each other.

She said the force has spent months preparing for the bank holiday, adding: ‘Policing the Jubilee is an absolute privilege and that privilege is whether we are policing here at Buckingham Palace and in the Mall or whether we are working across every community in London.

‘And that is what people will see. They will see police officers across London throughout this weekend and I think that this is just such a fabulous opportunity to show London at its best and to show the Met at its best.

‘And really to take so many opportunities to speak to members of the public and do what it is we do on a daily basis, out there keeping people safe, and that’s what we are aiming to do for this weekend.’

Last month, people who are planning to host Platinum Jubilee street parties were reportedly warned they could be in danger of possible terror attacks. 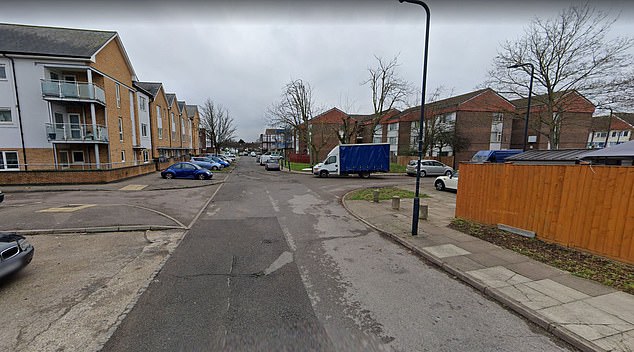 A police cordon has been erected around Henderson Close and a number of local roads have been closed to traffic. Pictured: A stock image of Henderson Close

In preparation for the major public event, the Metropolitan Police has reportedly sent out a five-page document to those registered as organisers, giving advice about the potential threat of terror.

According to the Mirror, the document is called ‘Counter Terrorism Protective Security Advice for Street Parties’ and warns that gatherings could be potential targets because of the large and diverse crowds expected to attend.

A Met Police spokesperson insisted there had been no intelligence of any ‘specific threat’ and said they were sharing advice to ensure celebrations are safe for everyone involved.

The spokesman said: ‘The Queen’s Platinum Jubilee is a momentous occasion for our country with London being the centre of the celebrations.

‘The Met will be playing its part by helping to keep those marking and celebrating the occasion safe – including from terrorism.

‘Whilst there is certainly no intelligence of any specific threat to any of the events linked to the Jubilee, our specialist officers have been working closely with event organisers and local authorities across London to advise them on the best way to make their events safe and secure for all.

‘This is something we routinely do for all planned public events of significant scale.

‘This advice has also been offered and extended to local street party organisers, to give them practical tips and advice on how to keep their event as safe as possible.’

The Met has been contacted for more information.