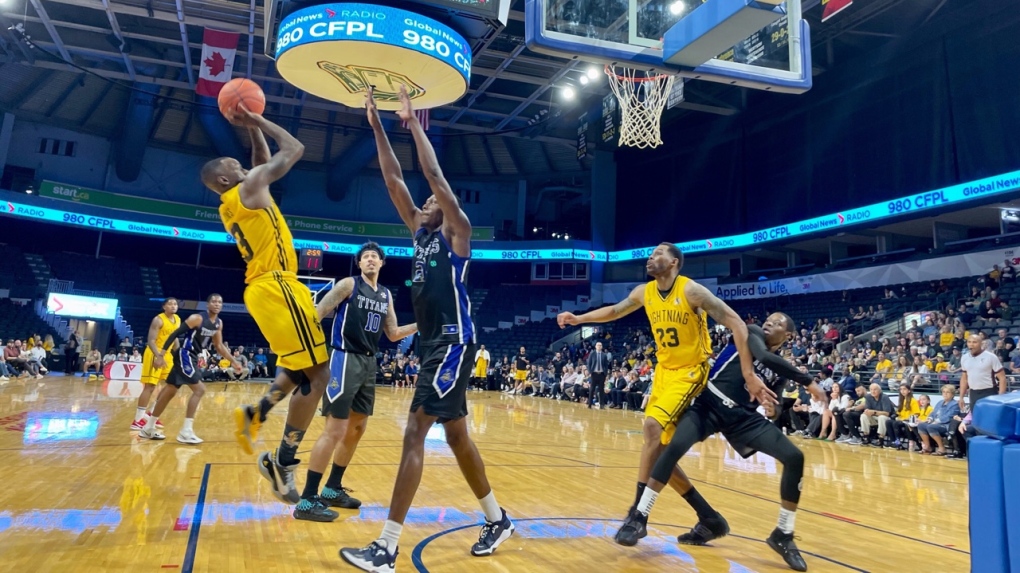 The London Lightning were winners in the first game of their round one NBL playoff series.

The team ended the game with a commanding 116-91 win over the Kitchener Titans.

But the teams were tight early on.

It was an edge of your seat first half as the Titans kept it close with the Lightning.

In fact, the two squads remained deadlocked at 31 after the first quarter.

The Lightning, undefeated at home in the regular season, keep the streak alive into the playoffs.

A solid crowd at Budweiser Gardens was thrilled with the victory.

The teams will play game two at 2 p.m. on Sunday in London, before the series switches back to Kitchener next week.

If the series goes to game 5, it will be staged in London on Monday, June 6.