Today, Hackney Gelato is known as one of the best desserts London has to offer – after winning 31 great taste stars and popping up on various Michelin-starred menus. And it all started in a London kitchen, when one of the chefs was still a student.

Sam Newman, now 41 years old, met Enrico Pavoncelli, now 37, in the kitchen of Michelin-starred restaurant Locanda Locatelli, in west London. Working from 5:30am preparing bread together for the lunch service, they hit it off right away.

They started some supper clubs and ran kitchens together, but spent a lot of time talking about ice cream.

“There was a lack of variety,” he continues. “I think the English perception of an ice cream was a 99p Flake or a Magnum, pre-packaged stuff. Ben & Jerry’s and Haagen Dazs were doing something creative but generally it was a very bland offering. The kitchen we were running closed down and we thought it was the perfect opportunity.”

The pair travelled to Italy where Enrico had family – most notably, an uncle who was an ice cream ingredients salesperson. “He took us to all these gelato places in Sicily and Calabria – one was called Sotto Zero, in Calabria,” he says. “It’s huge, the queue was ridiculous, it had a thousand different flavours and so many chefs in the back, it was just amazing, we learned a lot there.”

Enrico is Italian and Sam’s parents moved to Perugia when he was four years old, and he was there until he moved back to England to go to university at age 19.

“I was completely integrated and totally at home with Italian people,” says Sam of his childhood in Italy, “but I felt really connected to England. At home, we only spoke English. We would rarely watch Italian TV, we’d watch Blackadder and Fawlty Towers. I was a big reader and would only read books in English, I supported the English football team, I’d come back to England every summer to stay with my grandparents and we’d eat Penguins and watch golf all day.”

So when Enrico and Sam came back to England, they were determined to bring the brilliance back of Italian gelato with a splash of uniquely British flavours – Bakewell Tart and Hot Cross Bun flavours among others – to represent their dual roots.

At first they sold wholesale to restaurants, but people quickly made it clear they wanted to be able to buy their own tubs of it. Their chocolate and roasted hazelnut flavour has topped the popularity chart on Ocado. The boys also claim to be able to get any flavour into gelato. A bold claim, no?

“No, it’s true,” says Sam, and goes on to explain that gelato is lower in both fat and sugar than ice cream, churned slower and has a more compact texture, which means the infused flavours are much less likely to get overpowered. It also means they can get creative: they have infused gelato with bay leaf, rosemary, toasted hot crossed bun crumbs, coriander seed, gorgonzola, horseradish, toasted oak, and even avocado and bacon.

“Instead of part of the milk and cream we used freshly pressed avocados, and then we candied some bacon so you had a sweet and savoury thing going on – and the people we made it for actually deep fried that and put it into a burger!”

Enrico wants to make a beetroot and goats cheese gelato but, as Sam says, “Who’s going to buy that?” They also once made an Irn-Bru gelato for a Burns Night supper club.

“It was not to our taste,” Sam says, laughing, but the guests reportedly “absolutely loved” it. “I’d never had an Irn-Bru before and we reduced it for the gelato and the whole place stunk of Irn-Bru for days, it was just horrible,” he adds.

As they were both living in Hackney, and it was a combination of their English and Italian roots, the name Hackeny Gelato just made sense.

“We were both living there, we lived and breathed it and it’s such a great area for artisanship,” says Sam.

“We were surrounded by breweries, independent cafes and restaurants, and we felt it really encapsulated what we’re about: that mix of creativity and artisanship and internationalism.”

The team of around seven dedicated chefs create recipes with skill and precision – and not a small amount of muscle, “You’re weighing tens of kilos of sugar, putting all the milk in – it’s physically quite intense work but also needs a lot of detail,” says Sam.

Fans can look forward to some new flavours, a little more traditional than avocado and bacon – there is a chocolate brownie flavour coming out this week on Ocado and Getir, and a collaboration with Gorillas has seen the creation of a banana, caramel and pecan flavour.

Incredible gelato a few phone clicks away. Life in London has definitely improved. 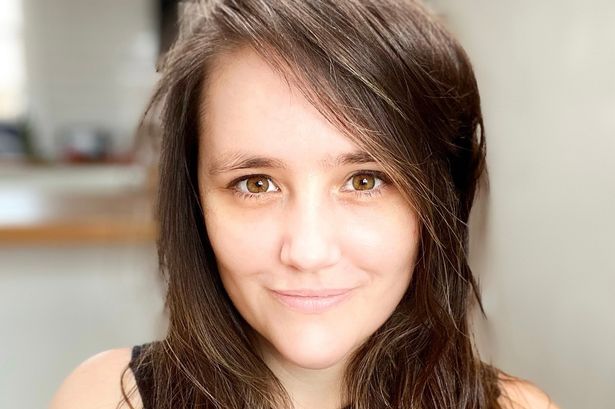 Erica is a London Stories Writer, and is particularly interested in London history – the stranger the better. She lectures on features writing at various UK universities, has written for the Guardian, BBC and Medium, and is the author of the book This Party’s Dead.

Check out some of her favourite pieces here: