They are in nearly every village, town and city across the UK, thousands of church buildings peppering the landscape. But while many may no longer be in regular use, the churchyards surrounding them – quiet, peaceful and often ancient – amount to what Olivia Graham, the bishop of Reading, equates to “a small national park”. The land beyond the church gate is some of the most biodiverse in the UK because it has largely stayed untouched.

“A churchyard is a little snapshot of how the countryside used to be,” says Somerset Wildlife Trust’s Pippa Rayner, who is working on Wilder Churches, a new initiative with the diocese of Bath and Wells “to enhance churchyard biodiversity across the county”.

“Very often in a highly industrialised rural landscape, the fields around villages may be covered in agricultural chemicals. You often find that the churchyard is the one place in the area where they haven’t been using chemicals,” says Rayner. “The fact that they generally have been managed differently to the rest of the countryside, and they have been looked after in a different way, has enabled species to still be there,” she adds.

Wilder Churches is one of several schemes that have launched across the UK with the aim of maximising biodiversity in churchyards. David Curry leads the Living Churchyards project in south-west England, a voluntary scheme that advises local clerics on how to use the land surrounding their church for the benefit of nature.

At one church in Ham, on a housing estate, they counted nearly 100 species of plants in a small patch of grassHelen Stephens, A Rocha UK

“Eight hundred years ago, pagan sites – springs, wells or woodland glades – had Christian churches built on top of them,” says Curry. “Around the church is an area – the litten – where people are buried. A couple of hundred years later, somebody decided that all churches should have a wall placed around them. Since then, they’ve never been ploughed, treated with chemicals or anything like that. So you have this amazing genetic bank, which originated in whatever that habitat was 800 years ago, just sat there – and it’s still there.”

Rayner believes that the lack of pollution and a relative lack of human activity in churchyards makes them a much-needed sanctuary for wildlife. 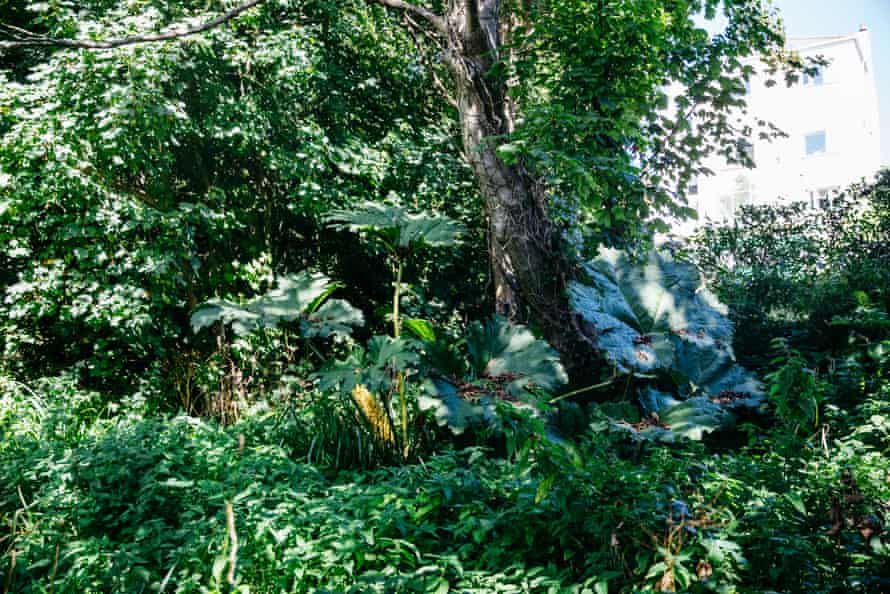 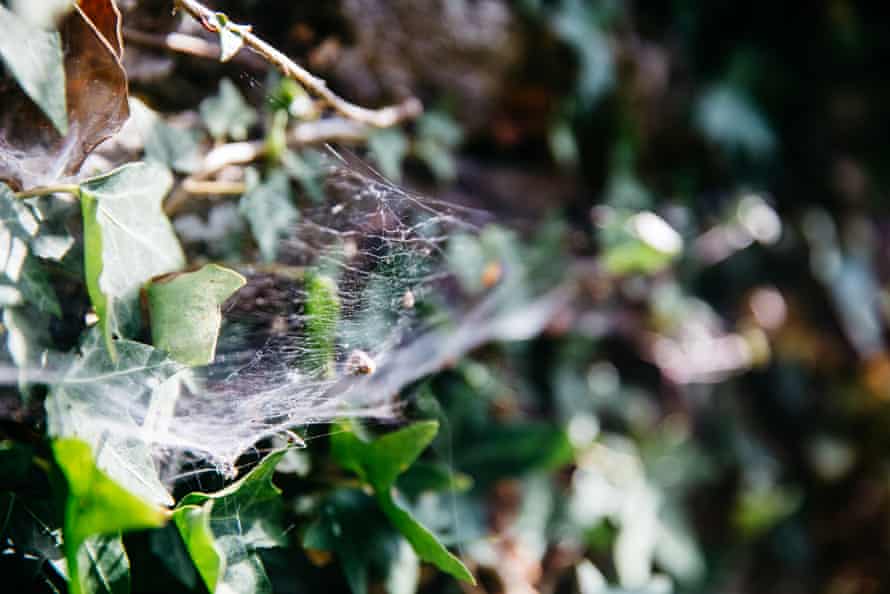 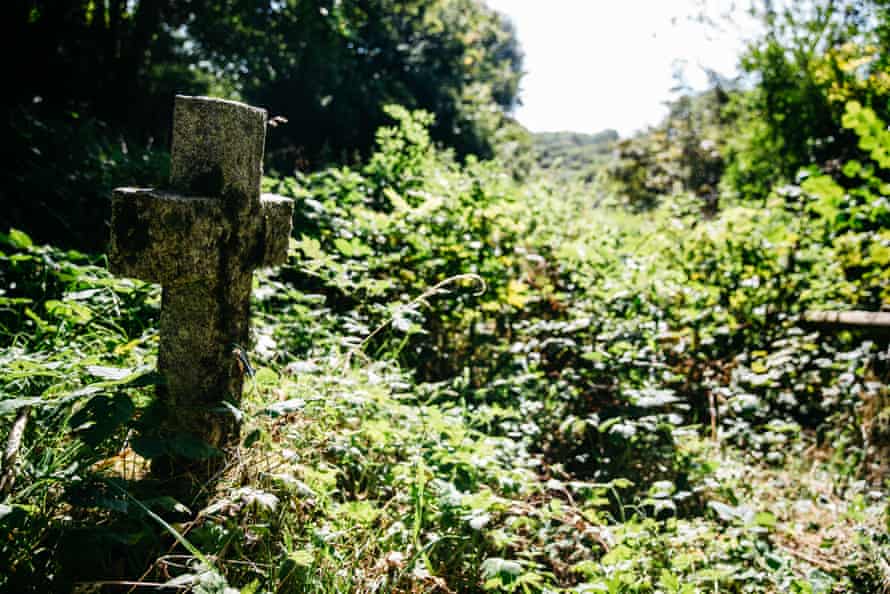 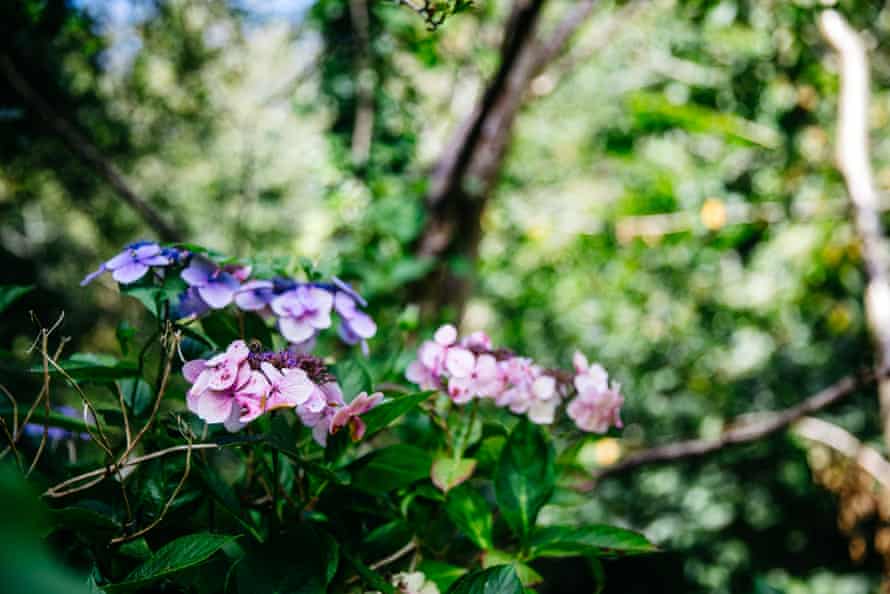 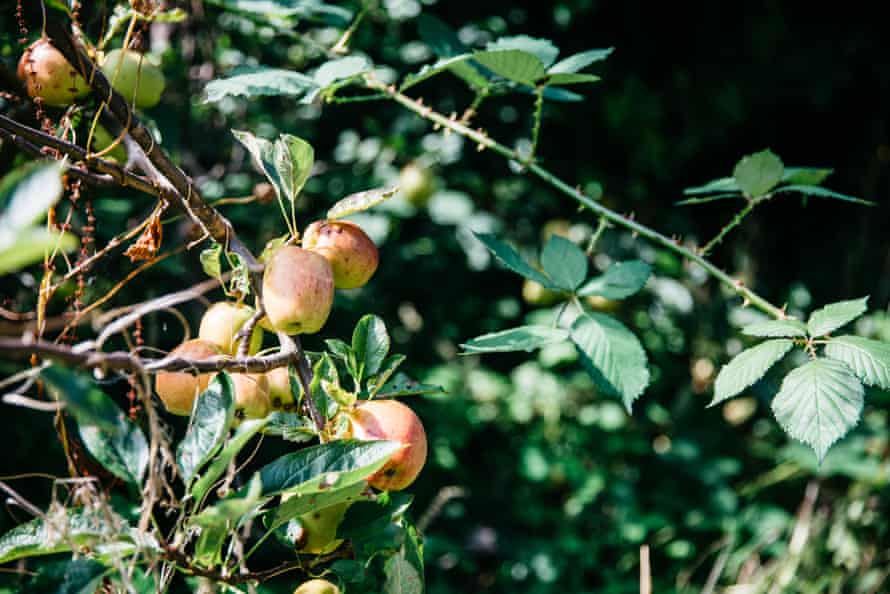 “Wildlife, as well as needing to feed, needs to hide, shelter and nest. Churchyards offer loads of opportunities for that,” says Rayner. “They are brilliant for lots of different things: it could be birds, lots of lesser-known plants, things like lichens, mosses and liverworts, which are sort of pioneer species that will grow on stones and gravelly areas associated with a churchyard. It’s a fantastic place for bees and butterflies, but also for the less noticeable small mammals, which in turn provide food for birds of prey and owls.” 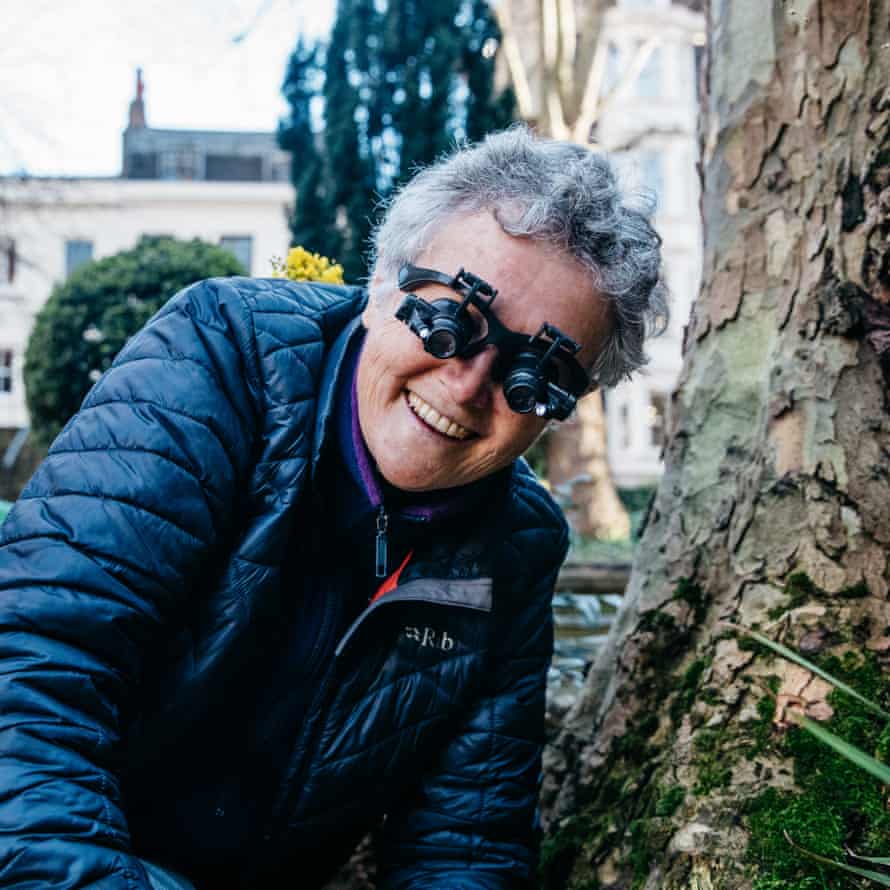 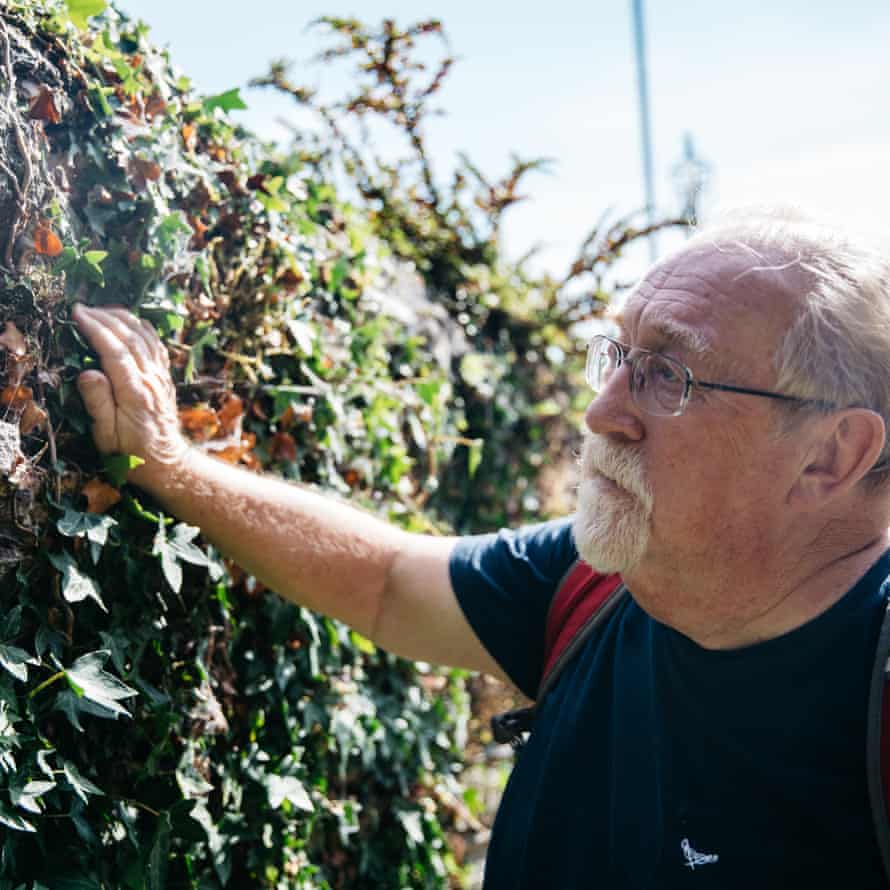 “Churchyards are some of the least polluted lands around,” says Andy Atkins, chief executive of A Rocha UK, a Christian conservation charity whose “eco-church” programme rewards churches for taking positive actions for climate and nature. Last year, it saw the highest number of sign-ups for the programme in its six-year history, with 10% of churches in England and Wales now pledging their commitment to the scheme.

St James’s Piccadilly in central London is a gold standard eco church, in part due to its efforts in promoting biodiversity in an urban space. Deborah Colvin, one of the churchwardens, says they are hopeful their churchyard can provide a green link in a concrete landscape. “Let’s have hedgehogs going overground from Regent’s Park to the river,” says Colvin. “It’s a joke, but if you start thinking like that, then what would you put in place? The sort of work that you might do in this environment … is about linkages, corridors.” 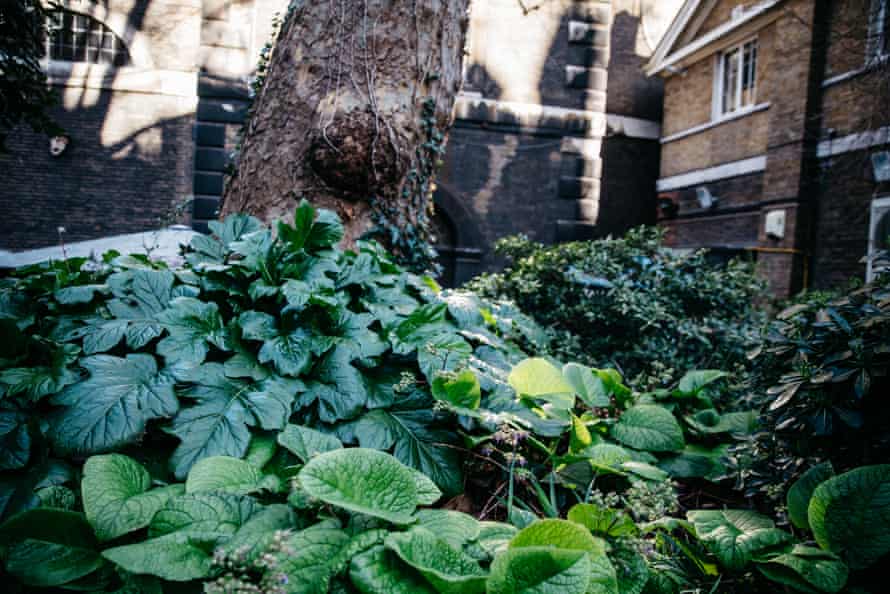 As well as sophisticated planting and monitoring schemes, the church is looking at ways to engage the public, including a walking tour devised by artist-in-residence Esmeralda Valencia Lindström where visitors are encouraged to don magnification glasses to get a close look at some of the church’s lichens and microfauna.

The Churches Count on Nature scheme is another initiative that launched in 2021, a joint effort by the Church of England, A Rocha UK, Caring for God’s Acre and the Church in Wales to encourage people to observe and record the different species in their churchyards over a week. Sixteen thousands records were submitted to the national biodiversity database and Helen Stephens, head of A Rocha UK’s eco-church initiative, says some of the findings were remarkable. “At one church in Ham, south-west London, in the middle of a housing estate, on not much land, they counted 100 species of plants in one small patch of grass, including a fairly rare bee orchid,” she says. 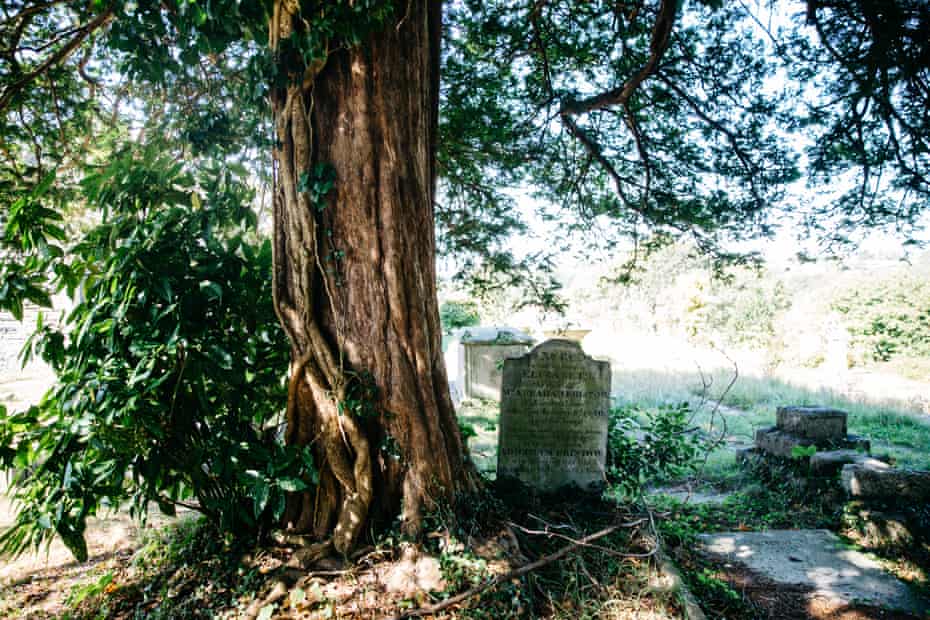 Despite a growing appreciation for how nature-rich churchyards can be, many believe there is further potential to be unlocked in the ground between the gravestones. “There is great scope within our churchyards for managing the ground so that you increase the species of plants,” says Graham Usher, bishop of Norwich and the Church of England’s lead bishop on the environment. “You can put up bug hotels, bat boxes and bird boxes; there are lots of ways that you can really make your churchyard a much more biodiverse and attractive place.”

Curry believes that the single greatest change that can be made is a more enlightened system of grass mowing. “We go into these churches to improve the biodiversity, and the first thing I ask is: ‘How often do you cut your grass?’ Then the vicar moans about spending £1,200 a year on cutting the flipping grass,” he says. “I tell them to stop cutting the grass – just cut it four times a year, at the right time. It doesn’t need to be manicured.”

As communities become increasingly involved in initiatives such as Wilder Churches, it is hoped, they too, will benefit from the boost to biodiversity. 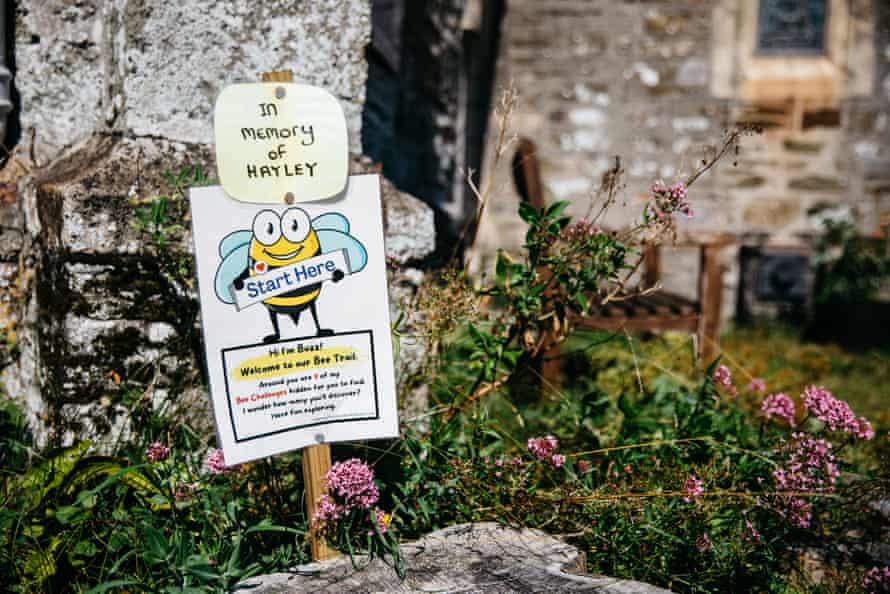 “There is an intrinsic value to nature, and having churchyards which are thriving with nature means that they can be spaces where those who live in the community can delight in what they see, what they smell and what they hear,” says Usher. “We want to remember that churches are not places of the dead but places of the living. There is a real drive for this from members of communities and congregations who are passionate about the environment and want to support these efforts.”

Beyond the churchyards, religious institutions are increasingly calling for world leaders to take action for the climate and nature. The Church of England has pledged to reach net zero emissions by 2030. With the support of A Rocha UK, more than 2,200 churches in England and Wales ran “Climate Sunday” sermons in the lead up to Cop26. 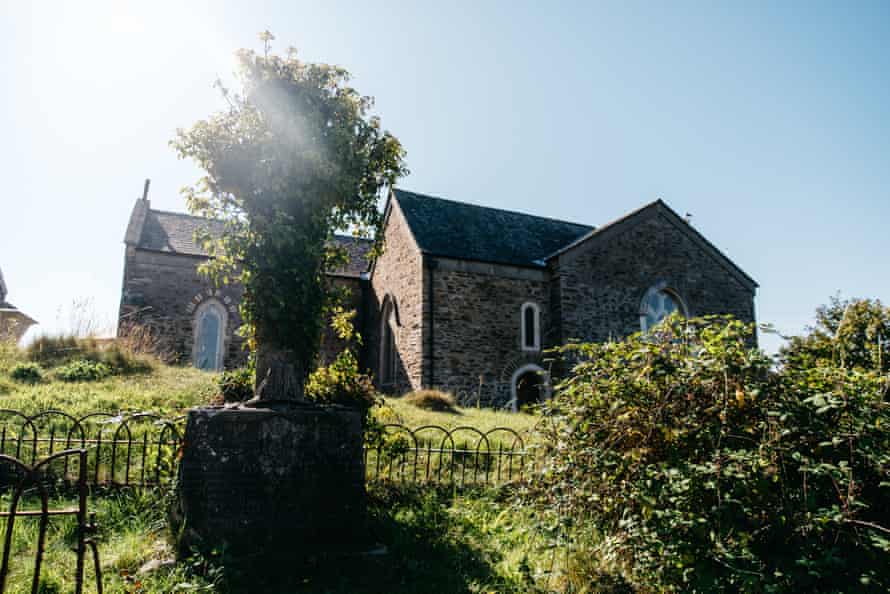 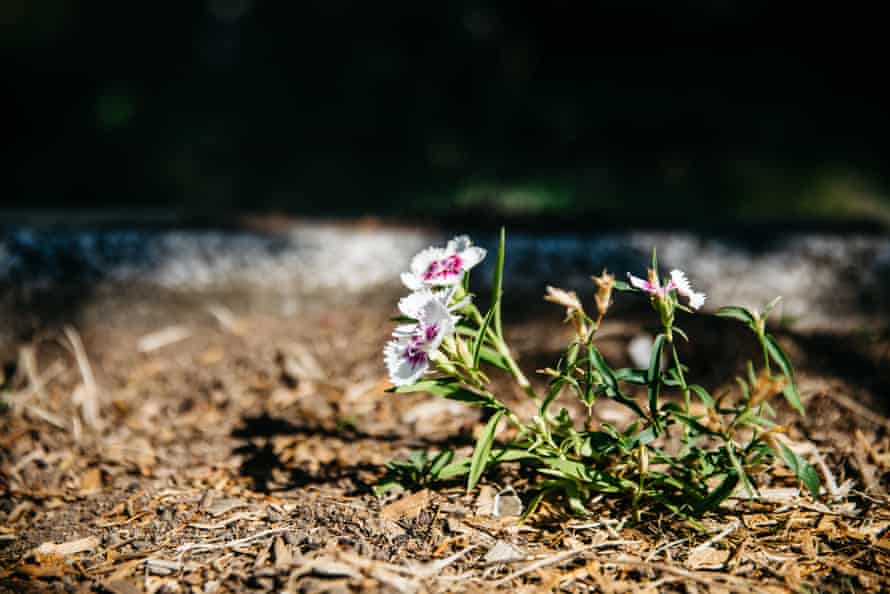 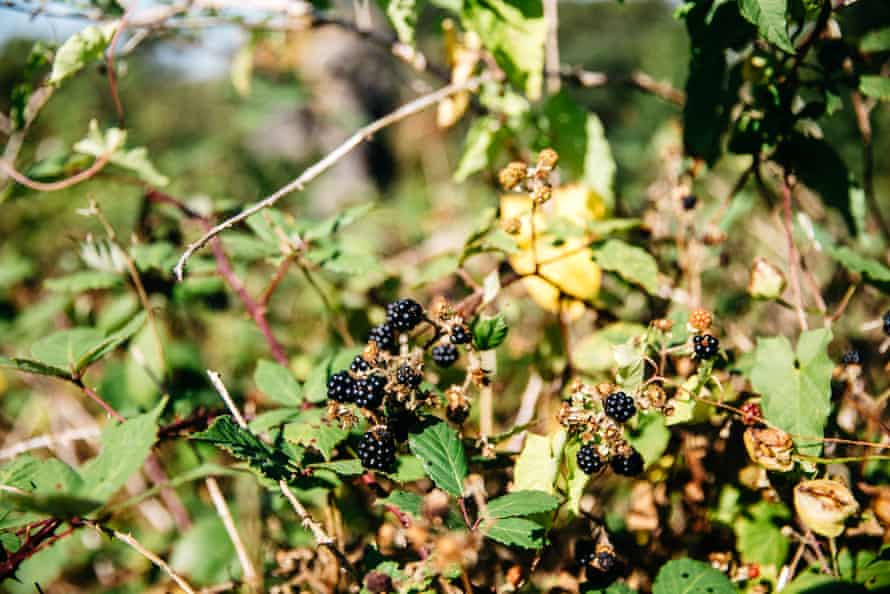 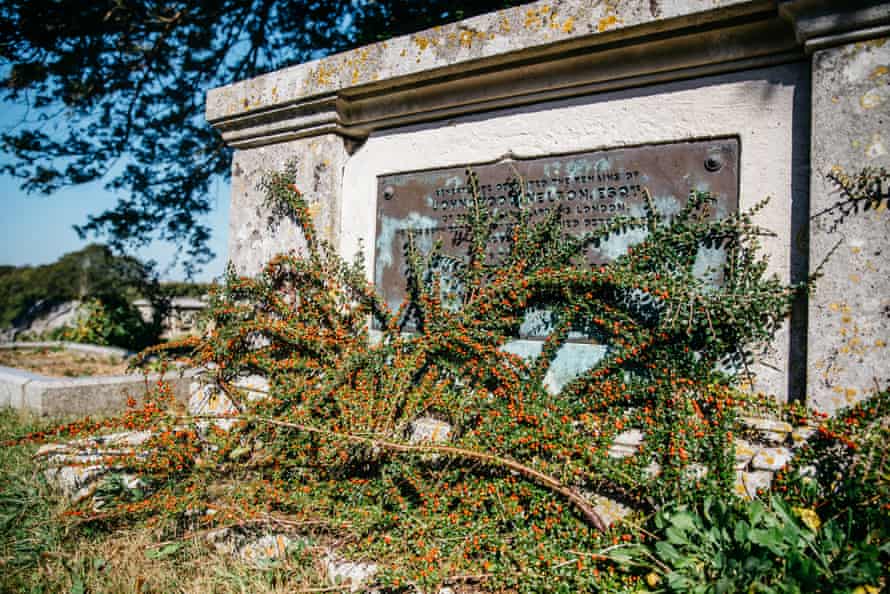 “We believe that churches have a huge role to play in the future in signposting to people the kind of actions they can take,” says Atkins. “Most people can see a church very easily in their neighbourhood. You don’t have to be a signed up Christian to go there, there is huge potential for churches to facilitate and inspire action locally.”

Usher agrees everyone needs to get involved in protecting nature. He says: “We inherited a garden – that’s the story of the Garden of Eden. We must not leave those who come after us with a desert.” 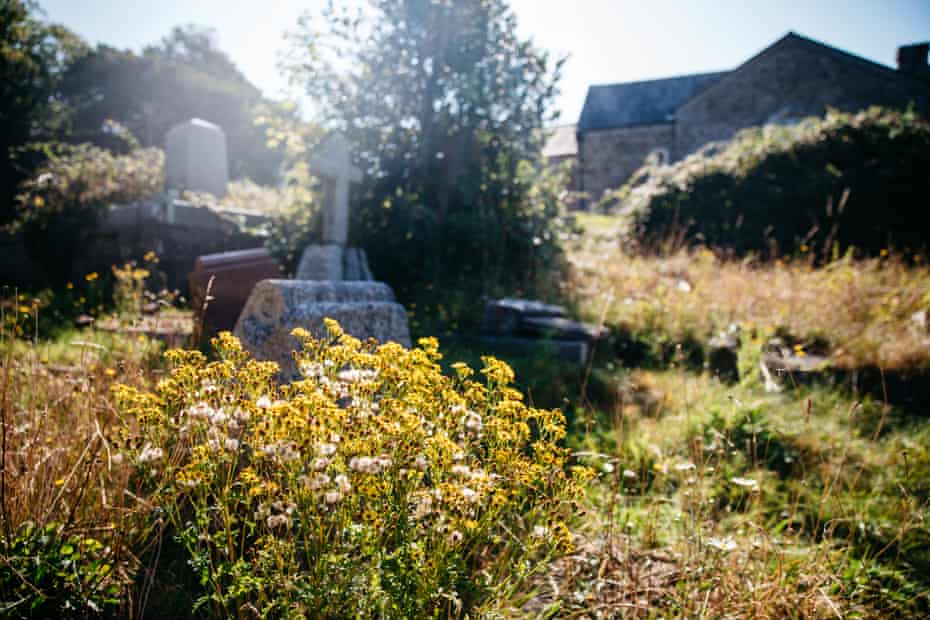 Find more age of extinction coverage here, and follow biodiversity reporters Phoebe Weston and Patrick Greenfield on Twitter for all the latest news and features