A Hounslow nurse killed herself and her two-year-old daughter with drugs she stole from work, three years after she was suspended following a misconduct investigation, an inquest has heard. West London Coroner’s Court heard how Shiwangi Bagoan, who was an anaesthetist’s assistant at University College Hospital NHS Foundation Trust, was found dead alongside her daughter Ziana in their family home on December 14, 2020.

Enquiries by the Metropolitan Police later established that the mum-of-one had attempted to take her own life three years earlier, back in 2017, when she stole the same drugs she later used to kill herself and baby Ziana at their Hounslow home in Drake Court, Old Meadow Lane. After being suspended from work for more than a year, she returned to her work at West Moreland Street Hospital in July 2020.

Shiwangi and Ziana were found dead by the toddler’s grandmother Jassumati Lalu in Shiwangi’s bedroom shortly after 4pm, and they were found with cannulas – medical tubes used to inject drugs directly into veins – in their arms. Despite frantic efforts from the London Ambulance Service, both could not be saved.

In a heartbreaking suicide note addressed to her mum, who found the pair alongside Ziana’s auntie Ira, Shiwangi wrote: “Dear mum I am sorry I have put you through a lot. I am taking Zia with me because I don’t want to be selfish in leaving her to you. You have done so much for both of us. And all I have done is give you stress.”

The court heard how grandmother Jassumatu used her own key to get into the flat as they hadn’t heard from Shiwangi in a number of days, and were becoming increasingly concerned for her welfare. Detective sergeant Terry Goodman, who was the lead officer investigating the case, said: “Enquiries found that vials of drugs were stolen from West Moreland Street Hospital, from a locked cabinet Shiwangi had 24 hour access to.”

CCTV evidence revealed that on December 11, 2020, at around 4am, Shiwangi and Ziana left their home address and they appeared to be wearing the same clothes that they were later found in when family members discovered their bodies three days later. They took a journey to West Moreland Street Hospital in the middle of the night, arriving shortly after 4.20am.

At 4.26am, they were caught on camera heading up to the second floor, before Shiwangi used her key fob to gain access to the operating theatres. The key fob was activated one minute later, at 4.27am. The drugs, which were later found to be the cause of death of Shiwangi and Ziana, were kept in a combination locked fridge in that area. Shiwangi knew the combination, and within four minutes, she had left the hospital and set off on her way home.

During the police investigation, a number of witness statements were taken, including from her partner, who was only named as her colleague Joseph, as well as baby Ziana’s dad Jijesh, who lives in Leicester. What became clear was that Shiwangi had attempted suicide back in 2017. CCTV footage from outside Shiwangi and Joseph’s place of work revealed that the had a huge argument around a week before she was found dead. The last time that Shiwangi used her phone to contact anyone was on the evening of December 10.

Messages were uncovered from around November 15 when Shiwangi explained that she was missing her dad. Messages from Shiwangi to Joseph revealed that she was “struggling to get through the day”, and the tone of the messages changed in the week leading to her death.

You don’t have to suffer in silence if you’re struggling with your mental health. Here are some groups you can contact when you need help.

Depression Alliance: A charity for people with depression. No helpline but offers useful resources and links to other information

Students Against Depression: A website for students who are depressed, have low mood, or are suicidal. Click here to visit

Campaign Against Living Miserably (CALM): For young men who are feeling unhappy. Has a website and a helpline: 0800 58 58 58

One read: “You know I’m stressing out, at least just be here with me.” Another said: “I’m really struggling to cope. I’ve been telling you that I’ve been having all these hopeless thoughts and you haven’t taken any note of that.”

On the afternoon of December 9, she sent her then-boyfriend Joseph a picture of a note that she had written to her daughter, which expressed that she felt she was a “bad mother”, the court heard. Two days before her death, she sent another message begging Joseph: “Please come home today. I am barely hanging on.” The court was also told that Shiwangi had used her mobile phone to search on Google how certain drugs operated in the hours before her death.

A spokesperson for University College Hospital NHS Foundation Trust had previously described Shiwangi as a “highly valued member of our team” who will be “missed by her colleagues”, while a friend of the family reportedly told MailOnline that she was a “lovely lady” who “doted on little Zia”, adding: “She was a good friend of mine and I’m just devastated. I cannot believe she would hurt Zia nor take her own life.”

The medical cause of death for both Shiwangi and Ziana was given as “respiratory failure due to drug intoxication”. Recording the conclusion that Ziana was “unlawfully killed” and that Shiwangi died by suicide, West London’s acting senior coroner Lydia Brown told the court: “In 2017, Shiwangi attempted to take her own life using the same method she used three years later. At the time, she received support from her employment and was able to continue her work as an operating department practitioner.

“At 4am on December 11, 2020, she entered the hospital where she worked, where she took drugs which were later found at their home. A final note was written to her mother that morning. All the evidence suggests that she died shortly after that note was written.

“Ziana’s mother set up an intravenous line with equipment she used in her employment in operating theatres, and administered drugs to Ziana with intention of ending her life. Ziana was found dead on the bed beside her mum, after being unlawfully killed.”

Referring to Shiwangi’s death, Ms Brown said: “Shiwangi had taken anaesthetic drugs and equipment from her employer. She wrote a number of notes expressing her apologies to her friends and family. I am confident that on the balance of probabilities, that she intended to take her own life. Therefore, I record a conclusion of suicide.”

Giving her condolences to the family, she said: “It is heart-breaking for you to have lost not one, but two, family members, in such difficult circumstances. I am sure that these losses have been felt so very widely by all those that knew Shiwangi and Ziana.”

Detective Chief Inspector Jim Shirley, from the Met’s Specialist Crime Command, said: “This is a truly tragic case and my thoughts are with Shiwangi and Ziana’s family as they continue to come to terms with what has happened. They have suffered a terrible loss in unimaginably difficult circumstances.

“We will never fully know what led Shiwangi to do what she did. It is clear that mental ill health must have played a significant role. As police officers we know all too well the scale of the mental health challenge in our communities and we see the impact it has on those who are suffering and on their families and loved ones.

“If you are struggling, having thoughts of harming yourself or others, or just need to talk, there is help out there. Please ask for it. The charities Mind and the Samaritans both have a range of helpful advice and resources available online. They operate phone lines for people in crisis and can advise on how to get support in person too.” A 33-year-old ‘caring, generous’ woman died after being hit by a bus in East London because the traffic lights did not give her enough time to cross, a coroner ruled 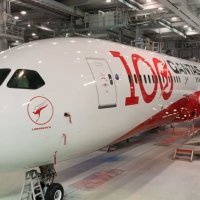 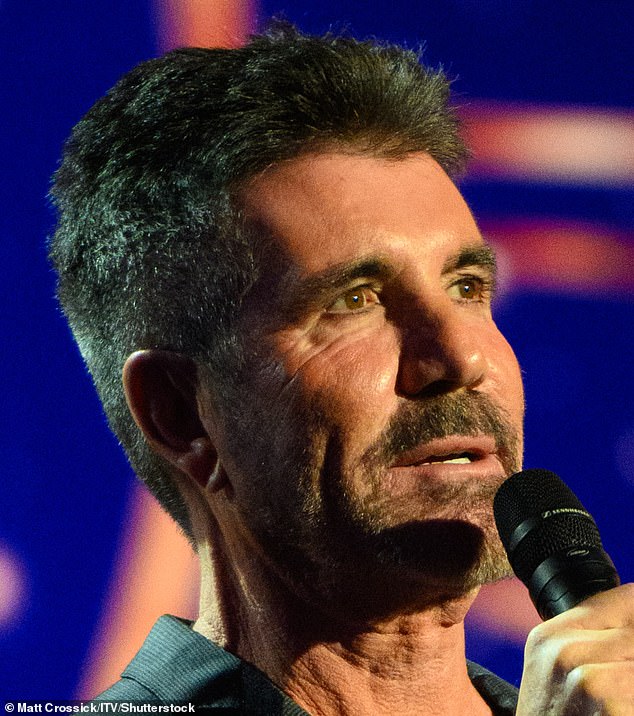 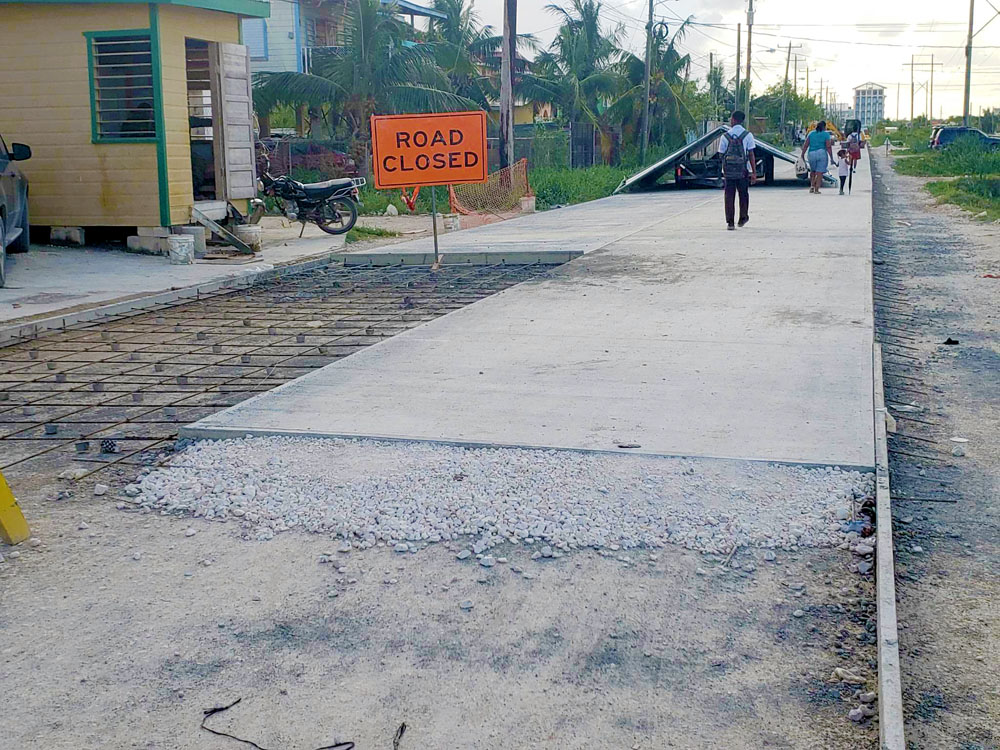