West Ham are believed to concede to sell the £150 million rated Declan Rice next summer amid links to Chelsea, according to reports.

The Blues have had a long term interest in the 23-year-old, with the midfielder playing in the youth setup at Cobham before making the move to east London.

He is said to have rejected West Ham’s latest contract offer and therefore a return to Chelsea could well be on the cards.

According to The Athletic, David Moyes’ side ‘have conceded internally’ that they will need to sell Rice next summer.

He is said to have turned down a third offer from the club to keep him at the London Stadium, with his contract set to expire in 2024 with the option of a year extension.

It is believed they will be looking to sell him for at least £150 million, a fee that would break the British transfer record should it not be broken beforehand.

Chelsea boss Thomas Tuchel revealed his thoughts on the player and how highly he rates him amid the links between him and the west London side, saying: “Very highly. 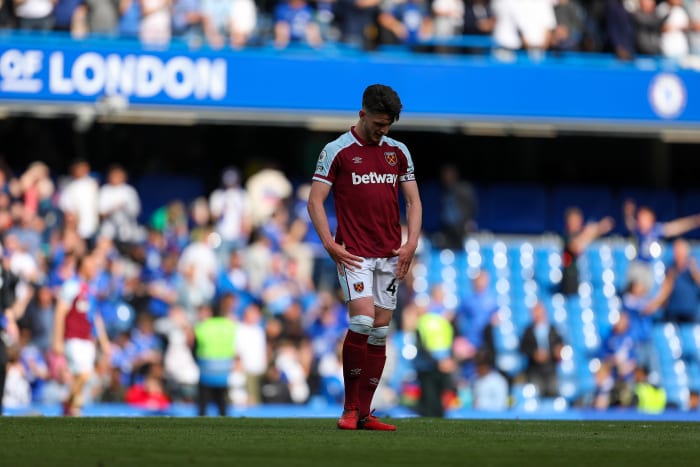 “He seems to be a very nice guy from what everybody tells me and is from the Chelsea academy and he proves this (his quality). That’s the most important thing. It feels like he plays every single game.

“He is available, is captain, plays with a lot of responsibility, is a physical player, very strategic-minded player, a key player for his team, and is strong at set-pieces. This is not a surprise. Everybody sees this. He is a huge part of the success of West Ham and it is impressive.”

British ‘Beatle’ terrorist to be sentenced over deaths of Western hostages