A man has admitted sending a ‘grossly offensive’ video about the Grenfell Tower tragedy.

Paul Bussetti pleaded guilty to one count at Westminster Magistrates’ Court, after the footage showed a cardboard model of the building being burned on a bonfire.

The 49-year-old, from Croydon, south London, was previously found not guilty after a two-day trial – but his acquittal was quashed by the High Court.

Bussetti filmed the footage at an annual bonfire party hosted by a friend in November 2018, just over a year on from the disaster which killed 72 people in West London.

It was widely shared in WhatsApp groups and made national news – sparking outrage.

The clip was criticised as ‘vile’ by a relative of one of the victims.

The court heard Bussetti said in the video: ‘That’s what happens when you don’t pay the rent.’ 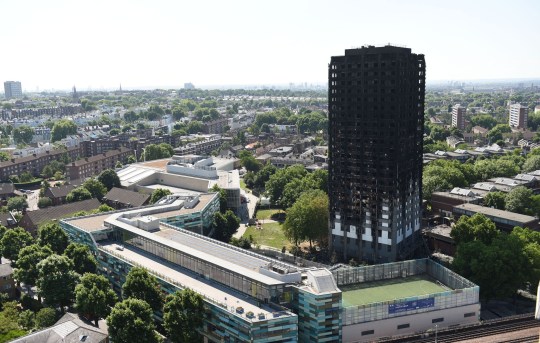 There were direct and indirect references to the residents of Grenfell Tower in the clip, the court was told.

They included comments of: ‘Who’s jumping?’; ‘Don’t worry, stay in your flats’; and ‘Jump out of the window’.