The couple were at home and abroad during the con (Picture: ITV)

Gripping real-life drama The Thief, His Wife and The Canoe is currently showing each night on ITV, telling the true story of convicted con artists John Darwin and his wife Anne Darwin.

Although it appeared they had gotten away with the deception for a few years, with the couple even convincing their sons that John was dead, an incriminating photo in Panama a few years later began to unravel their whole plan.

The pair were convicted of fraud and jailed for over six years each, with John and Anne since released and now divorced.

For a show clearly set in the North of England though – as well as the warmer climes of South America – where were its filming locations? 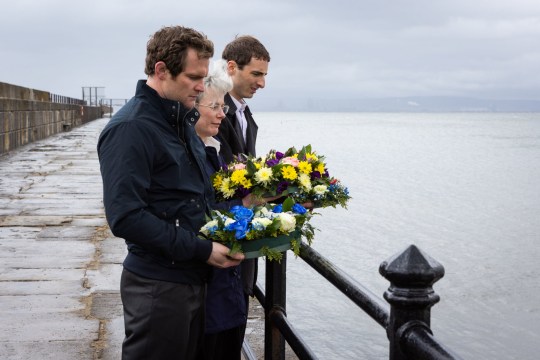 Mirroring its real-life location, the crew filmed exterior shots in the real town of Seaton Carew, which overlooks the North Sea.

The Darwins’ real house was in the town, with them owning both numbers three and four The Cliff – living in one and renting out the other.

The interior of the home was built and filmed in Elstree, London, however, and the exterior of their home was found at The Headland.

Locations used in Seaton Carew included The Front, where Dolan was seen in a telephone box and Marsan was spotted filming at the bus station, acting with a walking stuck, in April 2021, according to Teesside Live. 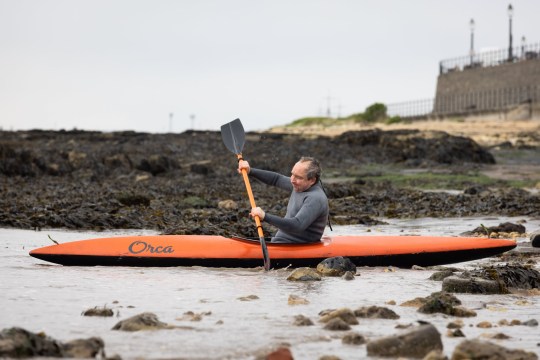 Marsan in action in the waters by Hartlepool (Picture: ITV)

The Headland is the beach where the show filmed Marsan in a wet suit as conman John Darwin paddling out in his red canoe.

The beach John then washed up on was North Gare, approximately three miles south of Seaton Carew, but in The Thief, His Wife and the Canoe, John arrived on Steetley Pier instead, which is three miles north. 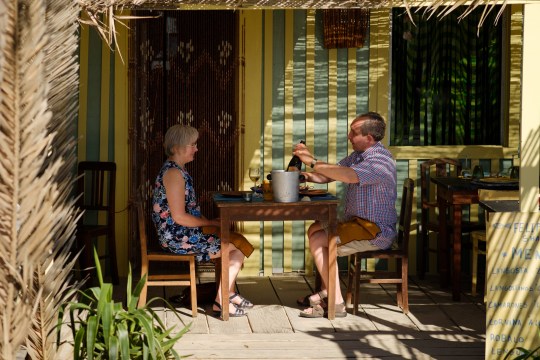 Exterior shots supposed to be in Panama were actually Portugal (Picture: ITV)

Panama is a key location to the plot of The Thief, His Wife and The Canoe, as many who are familiar with the story know.

The production initially planned to use the Dominican Republic as a stand in for Panama, but the Caribbean nation was placed on the Covid red list just ahead of the team travelling out.

Filming was instead moved to Portugal, with the Darwins’ flat found north of Lisbon near Cascais.

The fish shack restaurant was on a beach approximately 30 minutes south of Lisbon, transformed from a beach holiday home. 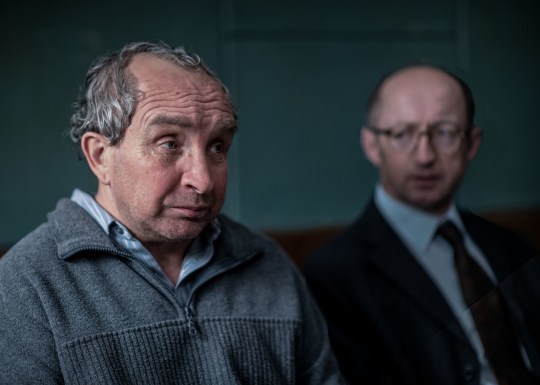 The couple were both eventually caught, convicted and imprisoned (Picture: TV/PA)

Prison scenes were shot on location in the former HM Prison Holloway, a closed category prison for women and young offenders in north London.

However, some specific sets were built specially, such as Anne’s cell and the laundry room.

Meanwhile, Camberwell Magistrates Court in south London stood in for the court scenes in the series as well as the interior police station scenes.

The Thief, His Wife and The Canoe continues at 9pm on Tuesday on ITV.


MORE : The Thief, His Wife and The Canoe: Who is in the cast?


MORE : Northern accents in The Thief, His Wife, And Canoe mocked for being genuinely ‘insulting’

‘I went to the London restaurant where they make you prepare and serve your own food and it was actually a brilliant experience’ –...