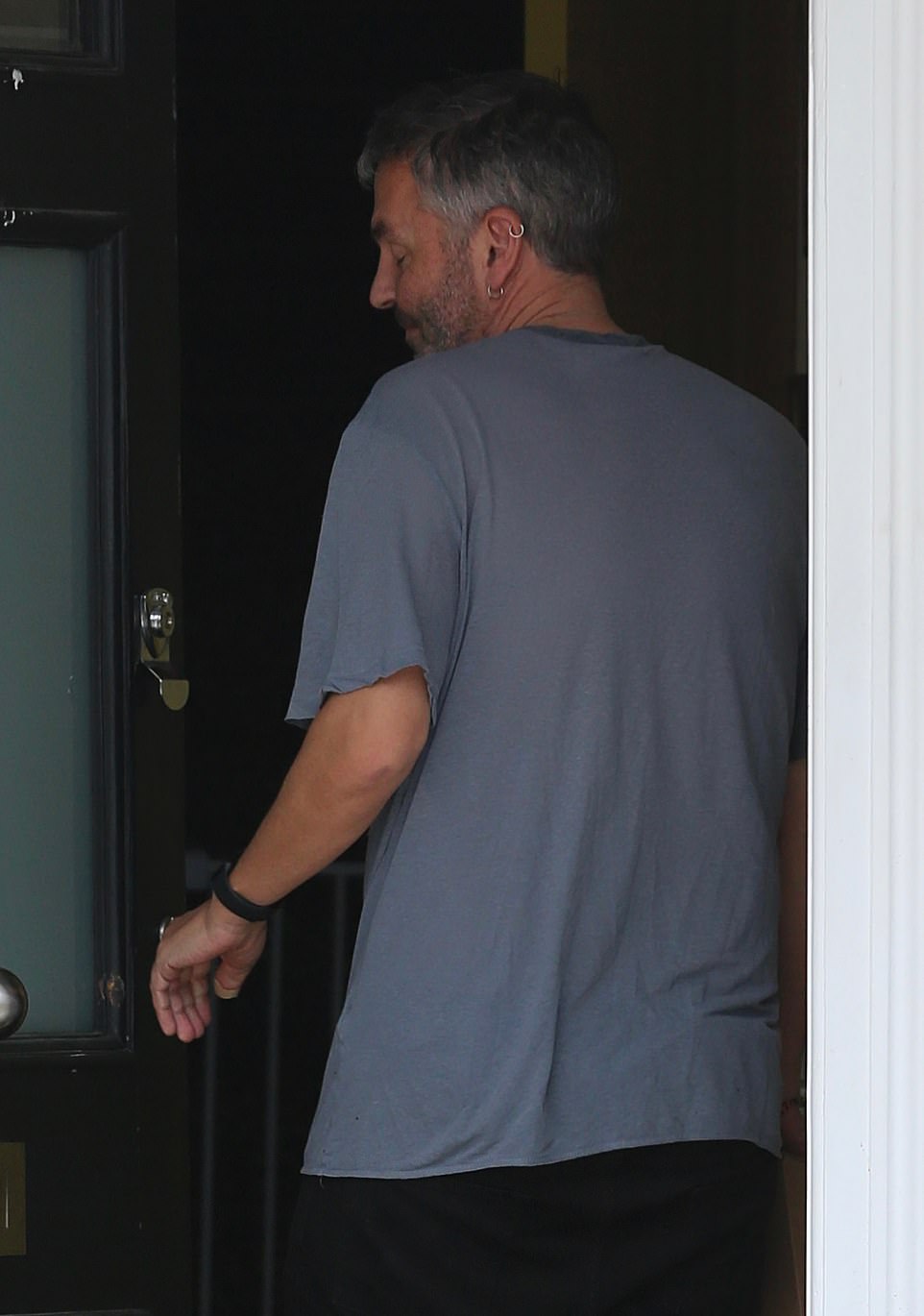 Thandiwe Newton’s husband cut a solitary figure today as speculation grew that he and his wife have split just days after she was allegedly sacked from her leading role in Magic Mike 3.

The A-list actress, 49, and film director Ol Parker, 52, reportedly parted, following claims that she had a heated argument with co-star Channing Tatum, amid growing concern around her behaviour.

Mr Parker, who has three children with the Hollywood star and who wrote and directed the 2018 musical film ‘Mamma Mia! Here We Go Again’ remained alone at their £1.5 million London home with the shutters down on each window, out of synch with neighbouring homes enjoying the Bank Holiday sunshine.

The movie man only ventured out to collect a DHF parcel delivery and was shoeless, unshaven and dressed in a grey T-shirt and jeans. He also had two rings in his left ear. Behind him in the front window for all to see was a neon lit sign which read ‘Dream’.

Asked about reports of his marriage split, the 52-year-old said: ‘I don’t want to say anything, thank you.’

He has been married to the BAFTA winning actress since 1998. The couple share three children, Ripley, 21, Nico, 17, and Booker, eight.

Thandiwe Newton’s husband Ol Parker remained alone at their £1.5 million London home with the shutters down on each window, out of synch with neighbouring homes enjoying the Bank Holiday sunshine 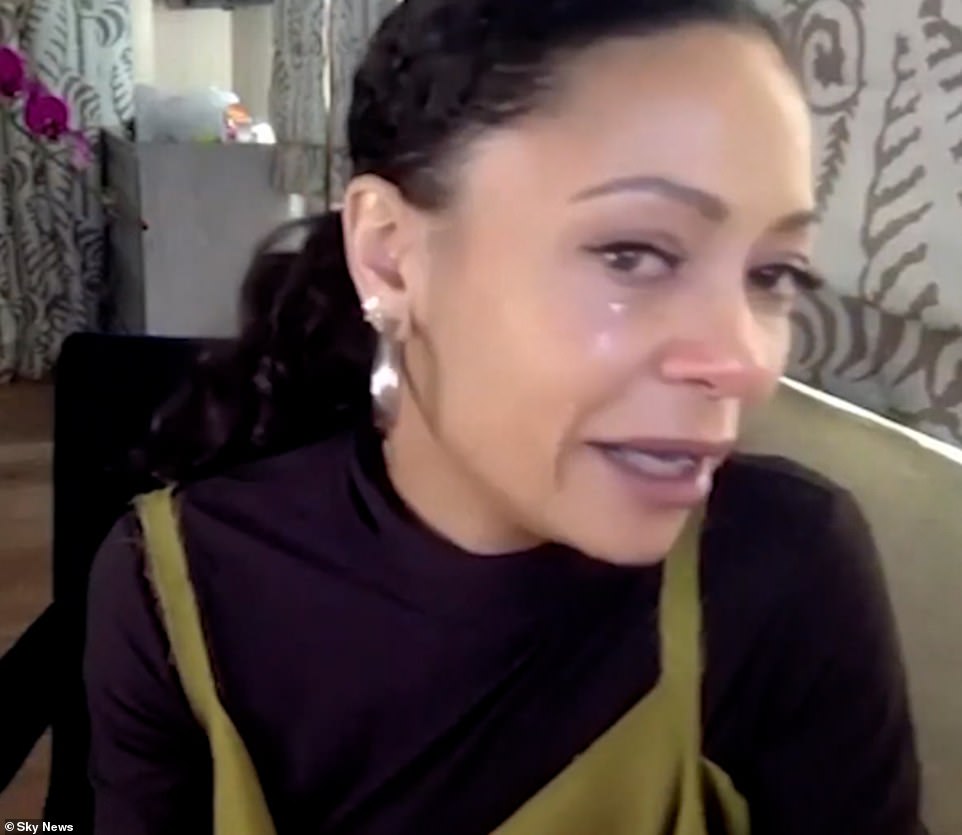 In February, Thandiwe came under fire for a ‘cringey’ and ‘patronising’ interview to promote the movie God’s Country, during which she burst into tears as she apologised to ‘darker-skinned actresses’ for ‘taking their roles’ 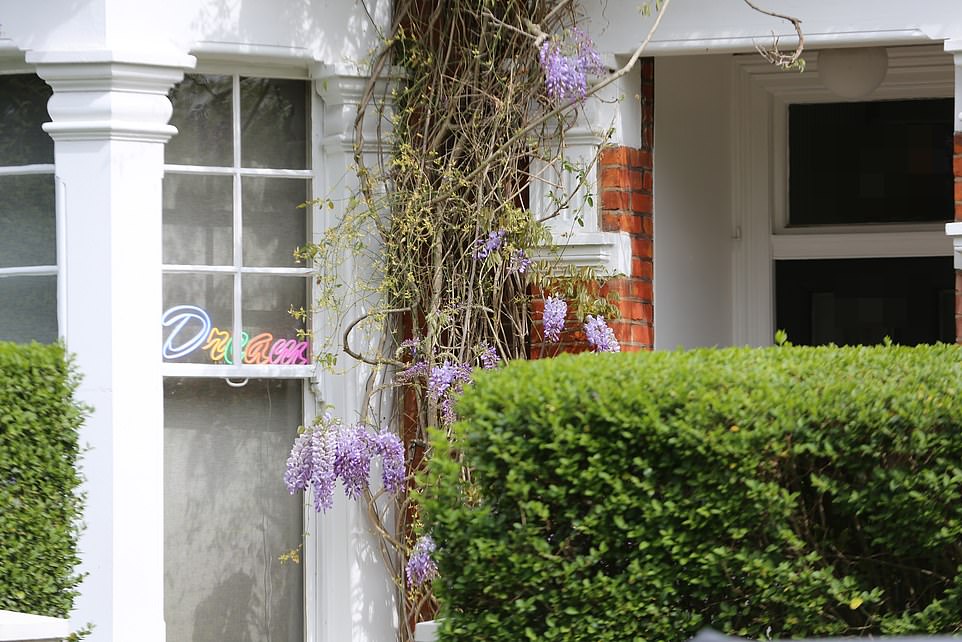 The movie man only ventured out to collect a DHF parcel delivery and was shoeless, unshaven and dressed in a grey T-shirt and jeans. He also had two rings in his left ear. Behind him in the front window for all to see was a neon lit sign which read ‘Dream’ 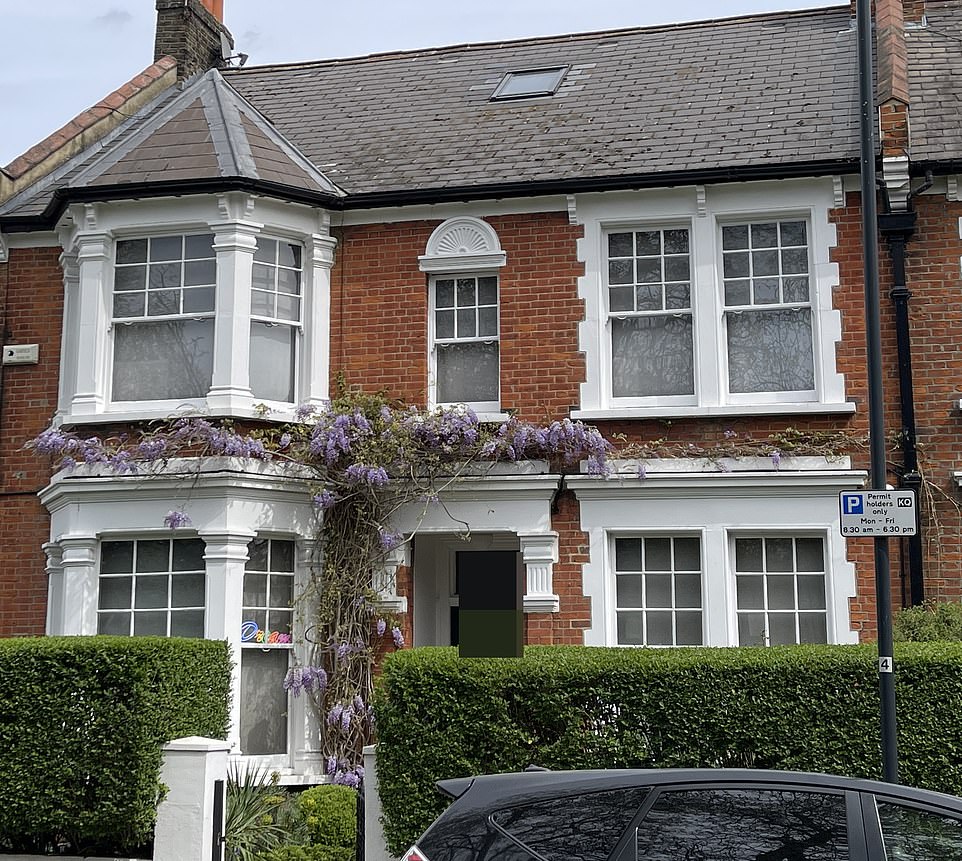 The couple’s £1.5m London home. Asked about reports of his marriage split, the 52-year-old said: ‘I don’t want to say anything, thank you’

Eight weeks ago he completed directing his latest movie ‘Ticket to Paradise’ which stars George Clooney and Julia Roberts.

Mr Parker, who has less then 5000 Twitter followers compared to his wife’s 178,000, posted the message: ‘We just wrapped on ‘Ticket to Paradise’.

‘I got lucky again with an extraordinary cast and crew. Beautiful people and times x.’

Ms Newton is said to be entering rehab in Arizona, according to reports

Colleagues have become increasingly worried about the actress, 49, with sources describing her as ‘acting strange on set’, ‘always ranting and raving’, and being ‘very highly strung’.

There are now claims she is ‘heading to rehab’, according to Page Six, which reported a source as saying: ‘Her apparent breakdown caused so much disruption, it became clear she couldn’t play the role.

‘There is a lot going on in her personal life, she and her husband have separated. She seemed so stressed she even brought her two pet rabbits to her hotel for emotional support.’

In February, she came under fire for a ‘cringey’ and ‘patronising’ interview to promote the movie God’s Country, during which she burst into tears as she apologised to ‘darker-skinned actresses’ for ‘taking their roles’.

In the film she plays a grieving black professor who confronts two white hunters on her property. But Thandiwe told Sky News she considered not taking the role due to concerns about ‘colourism’.

Beginning to well up, the actress said she ‘wanted to apologise every day to darker-skinned actresses’. She said: ‘It’s been very painful to have women who look like my mum feel like I’m not representing them. That I’m taking from them. Taking their men, taking their work, taking their truth. I didn’t mean to.’

Thandiwe, who reverted to the African spelling of her name after previously going by ‘Thandie’, has been married to Ol Parker since 1998. The couple share three children, Ripley, 21, Nico, 17, and Booker, eight.

Ms Newton has been described as being ‘very demanding’ and  behaving like an ‘absolute diva’ on the set of Magic Mike 3, according to one crew member.

‘Everyone on set found her challenging to work with,’ they told The Sun. ‘She’s an absolute diva. I’ve watched her have a go at the first assistant director, her costume girl. She’s always ranting and raving about something.’ 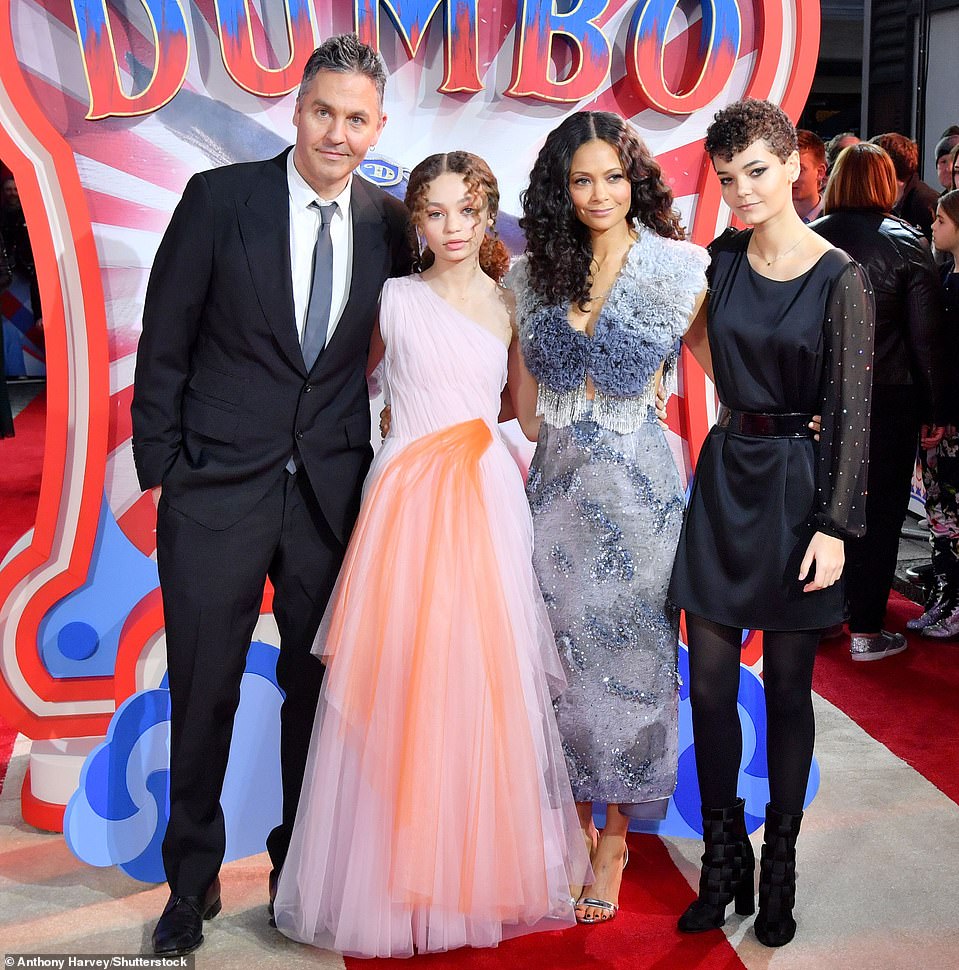 Family: The couple share three children Ripley, 21, Nico, 17, and Booker, eight (pictured with her husband and daughters in 2019) 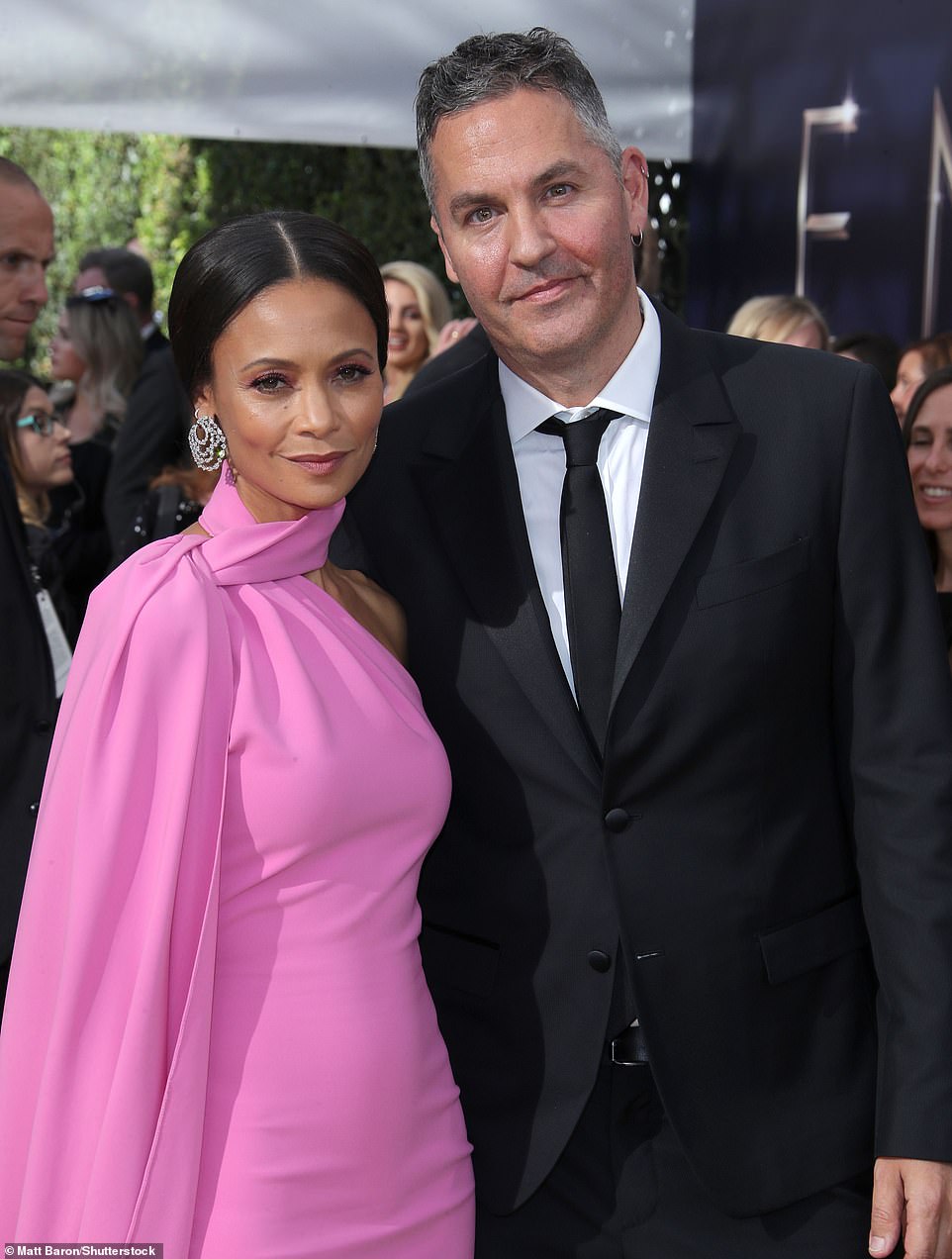 Split? Thandiwe Newton has allegedly separated from her husband Ol Parker and is likely headed to rehab according to a new report (pictured with Ol in 2018)

A spokesman claimed she stepped away from the film – to be replaced by Selma Hayek – because she needed to ‘deal with family matters’.

But it has been reported her position became ‘untenable’ after she fell out with co-star Channing Tatum, 41, on set in Paddington, west London.

It was claimed they had an ‘unimaginably vicious’ argument over Will Smith’s behaviour at the Oscars, when he slapped comedian Chris Rock on stage.

An unnamed crew member said: ‘They fell out over the debacle at the Oscars. I was on set… It was a tense exchange of words, but suddenly it escalated – Channing got into this car and he disappeared.’

However, this account of events has not been corroborated by anyone else.

An insider added that she fired her UK agent of three decades as her US agent Gaby Morgerman flew in to try to help.

Gaby is considered one of the most powerful women in Hollywood, representing stars including Matthew McConaughey and Minnie Driver over her thirty year career at powerhouse agency William Morris.

The insider said of her next steps: ‘Thandiwe’s team wants her to go to rehab for mental health support.

She was supposed to leave immediately for a facility, they tried for a Malibu rehab, but they couldn’t take her. Arrangements are now being made to go to a facility in Arizona, if she agrees to go.’ 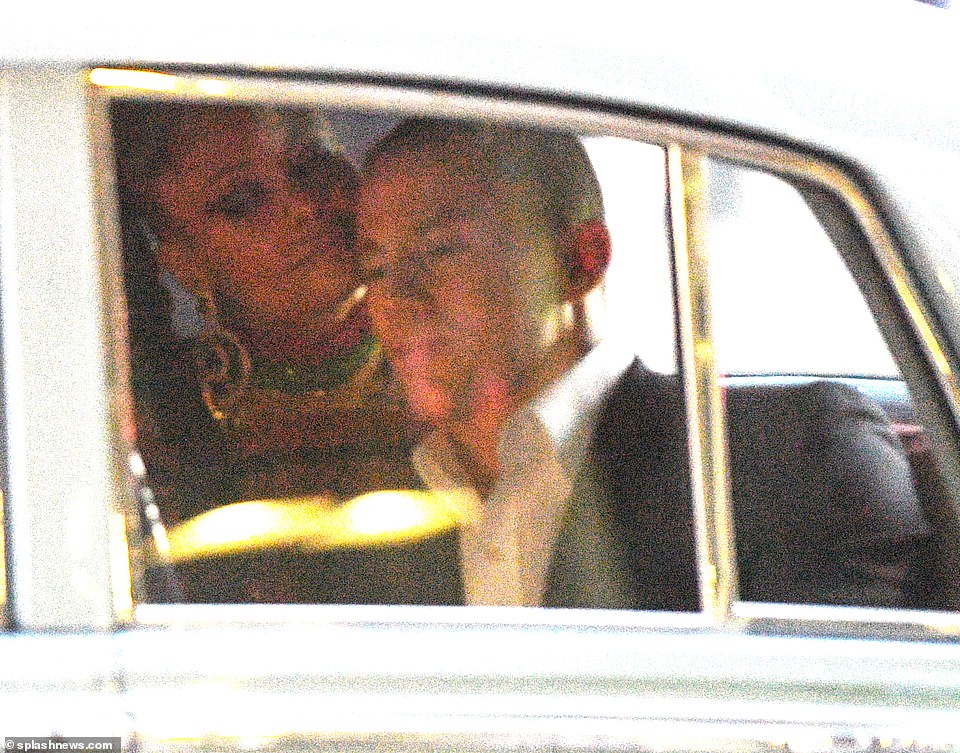 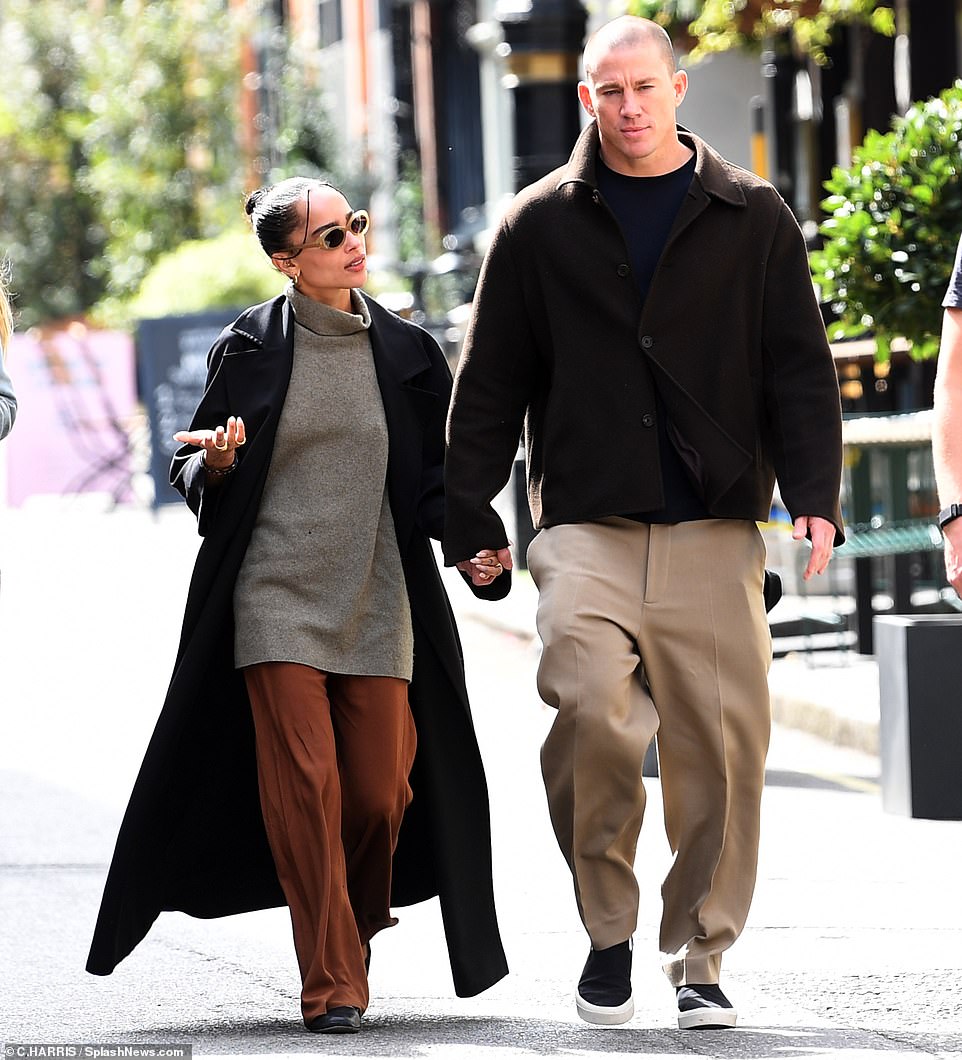 EXCLUSIVE: Channing (pictured with his girlfriend Zoe Kravitz) is seen for the first time since his co-star Thandiwe exited Magic Mike 3 following claims of an ‘on-set bust-up’

The statement came after insiders told The Sun that Thandiwe is planning on suing studio chiefs at Warner Bros over the incident.

The argument reportedly took place on location in Paddington.

A source said: ‘Channing Tatum is the producer and number one on set. Thandiwe Newton is the number two star. But 11 days into shooting and it’s all over.

‘They fell out over the debacle at The Oscars. I was on set. I watched her and watched him. They were in and out of the house where we were filming having this confrontation.

‘After the row he just went, ‘I am not working with her anymore’. Him being a producer, it’s his movie, so she’s off the movie.’

From a Cornwall upbringing to  a Hollywood star: Thandiwe’s 30-year career and 24-year marriage

Born in London, Newton grew up in Penzance, Cornwall, where her parents – her dad is white British, her mother black, from Zimbabwe – sent her to a Catholic school.

She said of her school years: ‘I was aware that I didn’t fit. I was the black, atheist kid in the all-white, Catholic school run by nuns’.

She went on to study at Cambridge University, where she read anthropology.

Her screen career began as a teenager with the 1991 film Flirting marking her debut.

At just 22 she appeared in major movie Interview With A Vampire, opposite To Cruise and Brad Pitt.  She later reunited with Cruise in the 2000 movie Mission Impossible 2. 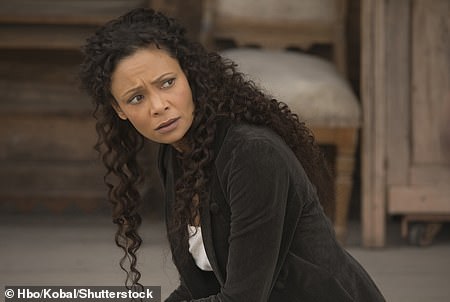 Newton’s early acting years were marked with sexual abuse. When she was 16 she was groomed by director John Duigan, who was 39 years old at the time.

The violations by Duigan lasted five years, two of those years were termed a ‘relationship’ after he sought Newton’s parents’ blessing for her to be his girlfriend when she was 18.

Two years after meeting Duigan, at the age of 18, another director told the actress to intimately touch herself during an audition. Newton obliged, as there was also a female casting director present.

But years later, she discovered the unnamed man had kept her tape and was playing it at poker games for other Hollywood elite.

Following the violating discovery, Thandiwe began to fight the abuse and call it out – an act that cost the actress many jobs.

Alongside her movie career she’s had long-running roles in the likes of ER and her lead part in Westworld.

She met husband Ol in 1997 and said it was love at first sight.

At the time Ol was a screenwriter and had penned In Your Dreams, which featured the actress.

‘He was on set every day and I fell madly in love with him,’ she told InStyle Magazine.

‘When I met Ol, I was dating a really sweet, lovely man and I had to leave him straight away, even though I wasn’t even going out with Ol’.

‘But as soon as I met Ol, it kind of cut off any other blood vessels to anywhere else.’

The actress was previously credited as Thandie Newton before she reverted to the original spelling of her name three decades after it was misspelled in her first film.

She revealed that Thandie was a careless misspelling in the credits of her first movie – the 1991 Australian film Flirting, co-starring Nicole Kidman and Noah Taylor – and it has stuck ever since.

‘That’s my name. It’s always been my name. I’m taking back what’s mine,’ she told British Vogue in April 2021.

How to use up leftover anchovies | Food