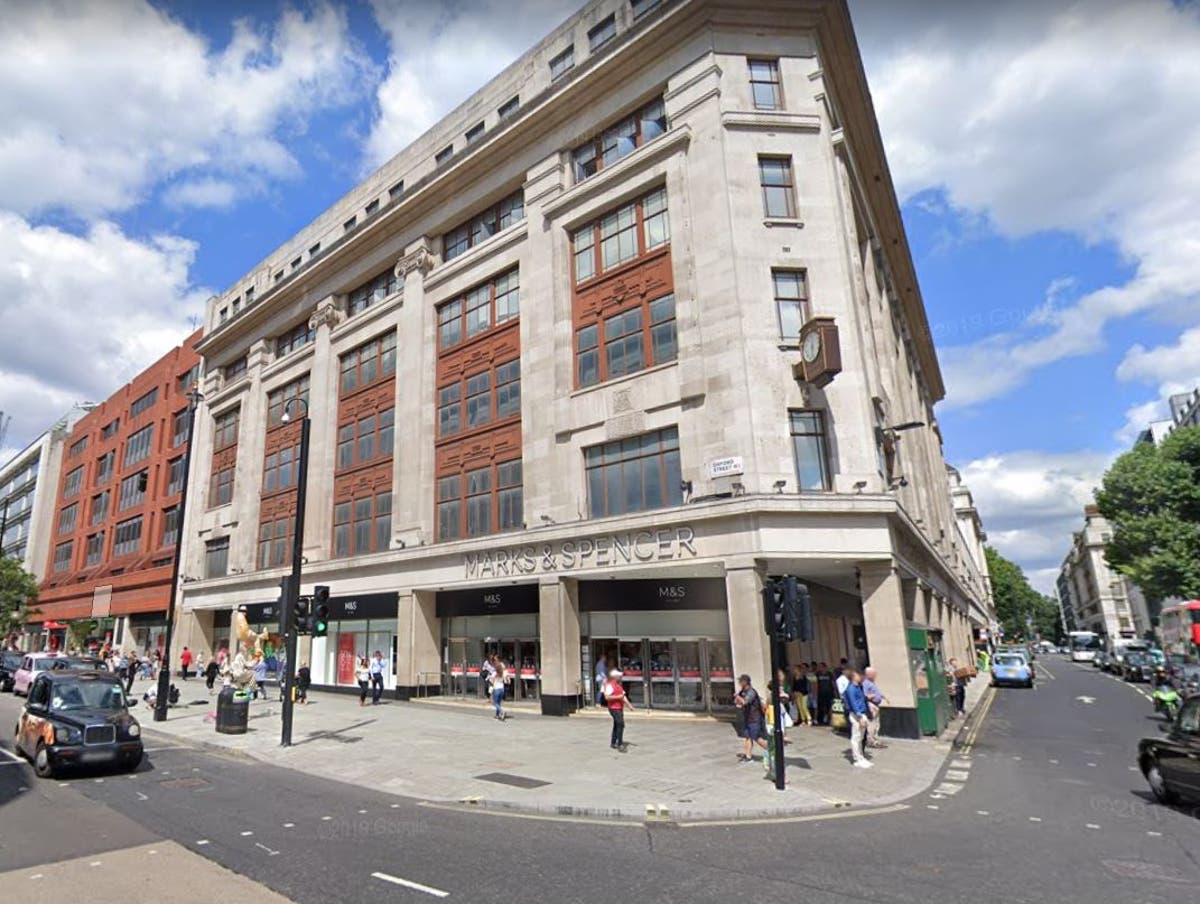 Mr Khan declined to intervene in the application to knock down the 100-year-old landmark store beside Selfridges, despite concerns about the amount of carbon emissions that would result from the project.

This means that Westminster council can now formally approve the plan to replace it with a nine-storey office building that has a smaller M&S store on its lower floors.

Only an intervention by Communities Secretary Michael Gove can now halt the plan.

Simon Sturgis, who helped draft the London Plan’s guidance on “whole-life carbon” aspects of building schemes while working as a sub-contractor, told the Architects’ Journal that the decision suggested that Mr Khan “isn’t serious” about achieving “net zero” carbon emissions.

Mr Khan’s green credentials have repeatedly been called into question by opponents of the Silvertown tunnel.

Mr Sturgis said: “It seems the mayor isn’t really serious about achieving the climate goals he’s set out or net zero by [2030].

“Given the climate crisis and the need to change direction [on development and construction], many local authorities say they want to achieve net zero faster than central government. But they simply aren’t delivering on that. This is business as usual.”

Concept images for the new design

The Standard learned on Friday that, following the revelations, the Greater London Authority’s planning team is now to review the decision not to intervene.

Sources said that a report sent by Mr Sturgis to the GLA had failed to reach the case officers in time.

But because Westminster council had not signed off the application, there was still time to check that the application complied with the GLA’s carbon policies – including new guidance published this week.

City Hall was said not to have intervened because the current Edwardian building is not energy efficient and retaining it could have resulted in a greater “carbon footprint” over time than replacing it with a new building.

M&S is looking to redevelop its Marble Arch store

Mr Sturgis’s report was commissioned by the campaign group SAVE Britain’s Heritage.

It came after Westminster Labour councillor Geoff Barraclough warned that the new build, designed by Pilbrow & Partners, would cost 39,500 tonnes of up-front carbon, more than 20 times what the council was aiming to save annually through retrofitting.

Neighbourhood campaigners had urged at least the façade of the M&S store to be retained, amid concerns about a further loss of character to Oxford Street.

Historic England raised concerns that the loss of the building would “harm” the adjacent setting of Selfridges, which is Grade II*-listed.

Henrietta Billings, director of SAVE Britain’s Heritage, said: “Simon Sturgis is the GLA’s own adviser on climate change. It’s extraordinary that his report highlighting climate crisis concerns about the demolition of the M&S store has been apparently overlooked, not even referenced, in this decision.

“We are writing to the mayor urging him to re-consider this decision in light of the findings of the Sturgis report.”

SAVE is also planning to write to Mr Gove, urging him to call in the project, according to the Architects’ Journal.

A spokeswoman for Mr Khan said: “The mayor wants London to be a leader in this field and London was one of the first cities to publish a climate change action plan compatible with highest ambition of the Paris Agreement.

“The mayor’s commitment is taken forward by the sustainable policies in the London Plan with a requirement that all new buildings are net zero carbon.

“In line with London Plan policy on whole life carbon, the question of retention and refurbishment or demolition and new build was considered in the GLA’s assessment of this application, and based on officer advice that there was no sound planning reason to intervene, on March 7 the mayor made the decision to allow Westminster to determine the application.

“However, City of Westminster is yet to issue its planning decision, and the GLA has now published its planning guidance on Whole Life Carbon and Circular Economy. In light of this situation GLA officers consider it would be prudent to consider a further stage 2 report which would also allow consideration of the detailed report by Simon Sturgis examining the carbon emissions impacts of the proposed demolition.

“An updated Stage 2 report will be presented for consideration at the mayor’s meeting on Monday 4 April.”

She said: “Other parts of the mayor’s team are actively working on policies to challenge exactly this type of decision.

“As the mayor is very proud of being the chair of the C40 [group of world cities tackling climate change], it would be good to see him not only making policies on embodied carbon but actually implementing them when he has the chance.”