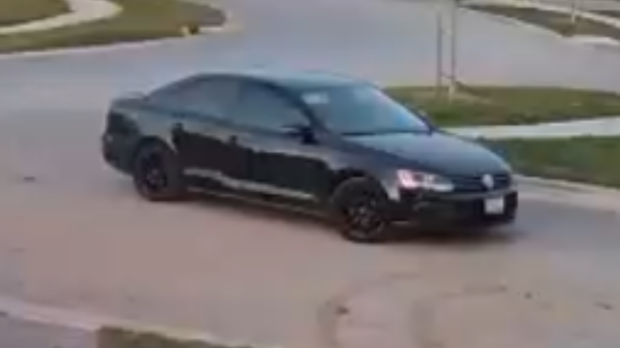 The London Police Service says it believes the suspects in a shooting that left a woman dead last September are from the Greater Toronto Area, and investigators are asking the public for their assistance in identifying them.

On Sept. 11, 2021, police were called to a residence on Wateroak Drive in London shortly before 8 p.m. for reports of multiple gunshots fired.

“Two of the suspects exited the vehicle and each fired shots into a car parked in the driveway that was occupied by the victim,” police wrote in a press release.

Police said 30-year-old Lynda Marques was found suffering from multiple gunshot wounds. She was transported to hospital in life-threatening condition but later succumbed to her injuries.

Both suspects returned to the car after the shooting and fled the area, police said.

Investigators believe the incident was a targeted attack.

On Sept. 15, 2021, the Jetta believed to be involved in the incident was found abandoned on Meadowlily Road South, near Commissioners Road East in London.

“Investigators determined it had been stolen from Bluffers Park and Beach in Scarborough, Ontario, on September 5, 2021. The Jetta has undergone extensive forensic examination, and analysis of evidence gathered is ongoing,” police wrote.

Police believe the suspects are from the GTA and that they travelled to London on Sept. 9, and left London immediately after Marques was murdered.

On Tuesday, police released photos of the suspects and the Jetta that was involved.