Molly McCann has a Liverpool homecoming and a “little dance” in Madison Square Garden etched on her list of unfinished boxing business, but for now her focus is solely on a UFC belt-chase in tandem with her octagon brother Paddy Pimblett.

The 31-year-old produced fireworks befitting of UFC’s return to London after three years this month as she knocked out Luana Carolina with a stunning reverse spinning elbow to lift her record to 12-4.

It made for Performance of the Night in front of a star-studded crowd at what marked the highest-grossing sports event ever to be held at The O2.

“It does feel different,” McCann told Sky Sports. “I think because women are never really capable of knocking each other out clean, just like stone cold out for the count.

“And I think where I did, it’s never really been seen before and also the fact it was probably one of the best highlight reel knockouts that will be used for the rest of time within the age of things going viral.

“The people who were there, the likes of Anthony Joshua, Wayne Rooney and Eddie Hearn, Liam Payne, everybody that was there, all these big names, it was just such a massive event and how successful it was.”

McCann has lofty title ambitions within the UFC, but has reaffirmed her intention to one day return to her boxing roots amid a day and age of increasingly-common crossover in combat disciplines.

Undisputed female light middleweight champion Claressa Shields is among the leading case studies in that regard, having stepped into the world of mixed martial arts with the Professional Fighters League in 2020.

“I come from amateur boxing and I’ll be going back to boxing, I will do the changeover and the crossover after I’m done within MMA,” McCann explained.

“If it’s your bread and butter I think people coming from MMA to boxing will be because the boxing wasn’t there, the pro scene wasn’t there coming up so that’s why you would probably have had to go to MMA.

“I think within boxing you talk about ‘it’s always about money’ but there’s more money for women in MMA than there is in boxing.

“It’s the other way around for men obviously but it’s more down to money really why Claressa Shields would be coming over to MMA.” 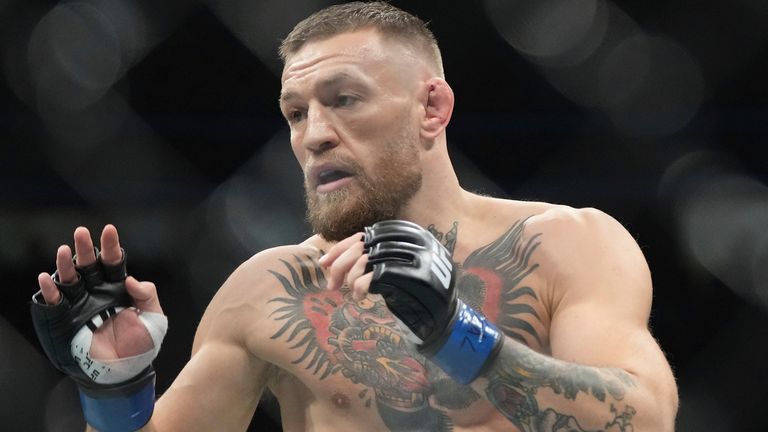 Speaking ahead of the release of ‘Morbius’, UFC fan and actor Jared Leto tells Sky Sports playing Conor McGregor in a film is ‘one of the great roles’ and believes the Irishman is like an ‘artist in the octagon’

Shields is a leading advocate for equal pay for women in sport, an area McCann also believes boxing must address moving forward.

“Women are robbed of the extra minute in a round, it’s hard to get a finish in those two minutes. But you watch Natasha Jonas a couple of weeks ago and she still got the KO so they are there.”

McCann, who crucially beat Ji Yeon Kim in September amid supposed uncertainty over her UFC future, acknowledges a title shot likely remains multiple fights away, though she insists she is willing to fight for that right to contend at the top and is readying herself for any opportunity that might present itself.

Though an eventual return to the ring is in the plans, boxing remains on the backburner in favour of a stage she feels she is beginning to make her mark on.

“It will always be after. I’ve dedicated the last nine years of my life to MMA and when I win the belt, that’s my goal anyway, to retire on top and then go to boxing,” she added.

“If I ever couldn’t get the belt or something happened I wasn’t able to fight for the belt then I would 100 per cent go to boxing. Speaking ahead of the release of ‘Morbius’, UFC fan and actor Jared Leto paid tribute to Liverpool’s Paddy Pimblett

“I just felt robbed of my time within boxing, I want to fight in Liverpool before I’m done.”

McCann is close friends with UFC’s rising star Pimblett, whose first-round victory over Rodrigo Vargas in London prompted a ‘we are here to stay’ embrace inside the cage between the fellow Liverpudlians.

The Baddy’s impact has been likened to that of Conor McGregor such has been the panache in front of the cameras and trailblazing popularity.

With that has come a welcome and potentially career-changing injection of self-assurance for McCann.

“He is my little big brother and he gives me confidence and an edge and he makes me believe. I can do it without him but it’s a lot better doing it with him. 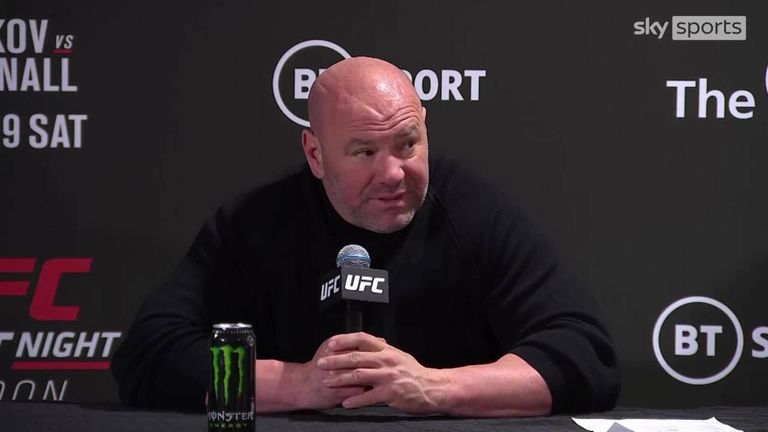 “Just seeing his reaction when I won and then I got to sit with Dana White when he won and I snuck in the cage and got to share that moment together.

“You could just see how much it meant. We are a bit different and we will be like Marmite, you will love us or hate us and that’s fine, everybody is entitled to their opinion, it doesn’t matter to us, we’re just out here living our best life.”

Blinkers on, unadulterated belief has worked effectively for Pimblett since landing in UFC, and it appears to be rubbing off on McCann as she hunts down the top 10.

“When we both got the £50,000 bonus, on the way home I was like ‘I always envisioned this but I never thought it would really come true’,” she added. “And he went ‘I did, I know where we’re going’ and sometimes it’s good to hear him reaffirm.

“You took over the O2 and took over Vegas and it’s our thing now, he’s such a firm believer and he believes in what he says and what he says he does and it’s good to surround yourself with somebody like that.”