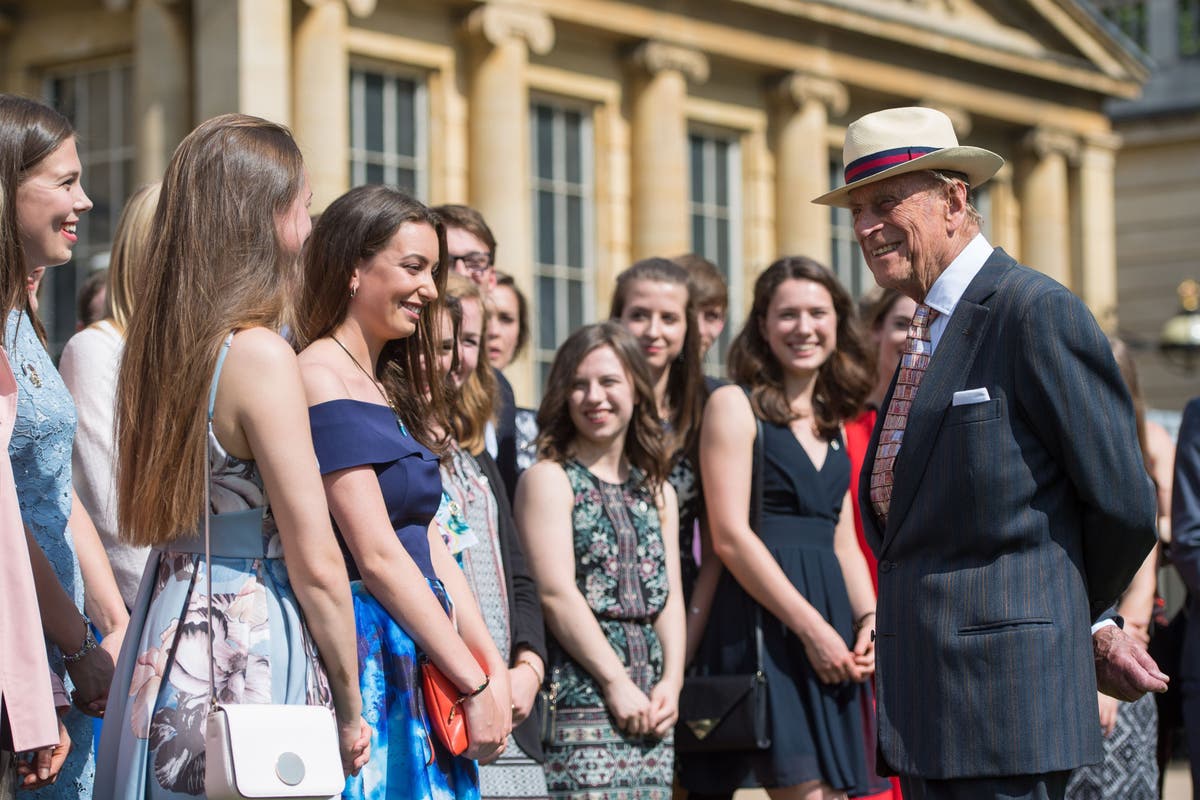 A Duke of Edinburgh Gold Award holder who is playing a key role in Philip’s memorial service has hailed the “amazing impact” of the duke’s legacy on millions of young people.

Doyin Sonibare will deliver a special tribute in Westminster Abbey in front of senior British and foreign royals, Prime Minister Boris Johnson and a congregation of 1,800 people as they gather to remember the Queen’s consort, who died last year.

The 28-year-old from London achieved her Bronze, Silver and Gold awards in the duke’s youth adventure scheme, which he set up more than 60 years ago.

Doyin Sonibare, 28, from London , will give a special tribute (DofE Award/PA)

Ms Sonibare, who is now an account executive and studying for a PhD in sickle cell research and health inequalities, will tell attendees the skills she gained from taking part in the DofE award helped her secure her first job when she was 18.

Ahead of the service of thanksgiving on Tuesday, she said: “It’s a huge honour to speak at today’s service and reflect on the amazing impact the duke’s legacy has had on me and millions of others – and will go on having for future generations.

“When I look back at the last decade, I’ve achieved so much more than I thought I could – and it’s down to my DofE and the opportunity it gave me.

“At times like these, with so much uncertainty and upheaval, it’s so important all young people get opportunities like this, so they have every chance to fulfil their potential too.”

Nine recent Gold Award holders – dressed in bright purple DofE jackets – will line the Abbey steps as guests arrive – an element of Philip’s original funeral plan that was unable to go ahead at the time because of Covid restrictions.

– Lira Lewis, 21, from Leeds, West Yorkshire, who has dyslexia and dyspraxia, and faced bullying at school, saw her confidence grow after taking on the scheme’s challenges.

– Felix Daglish, 20, from Wandsworth, south London, who is a 2021/22 DofE Youth Ambassador and passionate about sharing the message that young people with a physical impairment or disability can benefit enormously from taking part.

– Meryem James, 22, from Kilburn, north London, who became a mother in 2017, returned to studying and took up the chance to do her Gold DofE.

– George Fisher, 21, from Sidcup, south-east London, who volunteered with children and adults with disabilities for his DofE Volunteering section, and credits the scheme with helping him overcome his struggles with anger as a teenager.

– Joel Chilaka, 21, from London – a junior doctor and who says the DofE gave him personal development and growth opportunities.

– Josie Harrison, 18, from Doncaster, South Yorkshire, who gained confidence and independence, and has been involved in creating the DofE’s Youth Manifesto.

– Jack Bayley, 21, from Manchester, who struggled with his mental health in the past but said the award scheme helped him get his life back on track and has inspired him to work towards becoming a PE teacher.

– Lucy Aur, 22, from Llanelli, south Wales, who struggled with anxiety growing up and was a carer for her grandma, said DofE helped her mental health and impacted her life more than she ever imagined.

– Rajan Modha, 27, from Harrow, London, who works in business development and has ambitions to set up a charity in the future, said the scheme taught him resilience.

Ruth Marvel, chief executive of The Duke of Edinburgh’s Award, said: “Today is an opportunity to celebrate the duke’s incredible legacy and his vision in creating the DofE charity which has helped generations of young people develop the skills, resilience and self-belief they need to thrive, whatever life throws at them.

“The duke founded the DofE because he knew that, with the right opportunities, young people’s potential is limitless.

“Six decades on, the hundreds of thousands of young people doing their DofE continue to prove him right every day – discovering new talents and making a positive difference in communities all over the UK.”

Following Philip’s death in April last year, the DofE launched the Living Legacy Fund in his memory to support its aim to reach a million more young people by 2026, with projects to reach marginalised young people and expanding the DofE in prisons and young offender institutions.

Aimed at both able-bodied and disabled youngsters, DofE has become one of the best known self-development and adventure schemes for 14 to 24-year-olds.

Since it was set up in 1956, nearly seven million have joined the scheme in the UK with over three million achieving awards.

The duke was inspired to start the programme by his eccentric headmaster, Dr Kurt Hahn, and his much-loved school days at Gordonstoun in north-east Scotland – the educational institution loathed by the Prince of Wales.