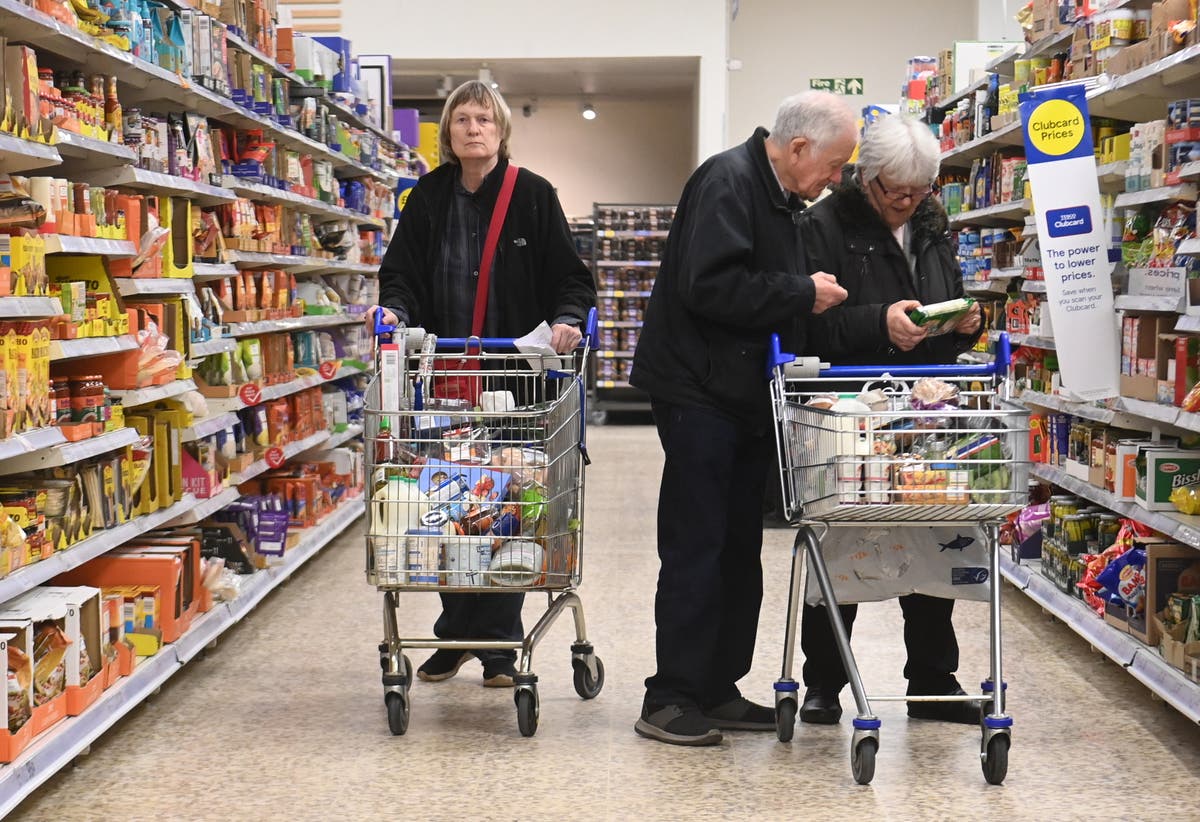 The UK has sanctioned the “step-daughter” of Russian foreign minister Sergei Lavrov in its latest raft of economic measures against those with close ties to the Kremlin.

The British government targeted Polina Kovaleva and 64 other individuals and companies on Thursday – a month into Russia’s invasion of Ukraine – to put more pressure on Russia to end the war.

The 26-year-old, who is thought to have worked for Russian energy giant Gazprom after gaining degrees from two British universities, lives in a multi-million pound home in London.

Her sanctioning comes soon after supporters of Russian opposition figure Alexei Navalny named her mother as Mr Lavrov’s alleged long-time lover, querying how Ms Kovaleva had the means to fund such a lavish lifestyle.

Transport secretary Grant Shapps, meanwhile, has revealed he is taking in a family of Ukrainian refugees.

He told Sky News: “I’m in touch, as I say, with my opposite number and also with the Ukrainian family who are coming to live with us in our home, and so I’m hearing about it direct on the ground.

“They are incredibly grateful to the British people for everything that we are doing.”

Asked about the loss of fuel duty and how that should be compensated, he told BBC Radio 4’s Today programme: “Over time the Treasury will need to look at the way we pay for our roads.

“I know that the Transport Select Committee looked at [road pricing] and said that eventually, the country will have to move towards systems probably including road charging in order to pay for the infrastructure.

“But for the time being, there is a big advantage in – and particularly with the crazy high fuel prices even after the chancellor’s generosity with the 5p off, we’re still seeing prices of £1.66, £1.70 at the pump during March and we want to see people relieved from the cost of living and going electric is one of the ways that that can start to happen.

“Although I should say that cars at the moment are still a little bit more expensive, but 90 per cent of people buy cars on some sort of finance, so your monthly costs are likely to be the same or lower with an electric.”

Rising cost of living is ‘an emergency’, says Gordon Brown

Former Labour prime minister Gordon Brown has said the situation facing some of the poorest families because of the rising cost of living is an “emergency”.

He told BBC Breakfast: “This is an emergency. It’s a cost of living crisis and you cannot ignore the needs of people who are having to choose between putting heating up and feeding the meter and feeding their children.

“That is simply not an acceptable situation. I do say a campaign has got to be mounted right across the country to change this.”

The former head of the Civil Service and ex-national security adviser has called for the dismantling of Russia’s covert intelligence networks across Nato countries.

Lord Sedwill told BBC Radio 4’s Today programme: “Personally I would like to see the sanctions continue to toughen.

“We’ve seen more action on economic sanctions announced over the past couple of days, but after the Salisbury attack here for example, we completely dismantled the Russian covert intelligence capability in the UK, others did diplomatic expulsions, but I think across the Alliance we could do that.”

He said countries should expel undeclared Russian intelligence officers “masquerading as diplomats or businesspeople” who were preparing cyber attacks, trying to “subvert our systems” or break the sanctions imposed on Russia.

Transport secretary Grant Shapps has claimed he “didn’t see” an email sent round Whitehall about P&O’s plans the night before the mass sackings and was told “at the despatch box”.

Asked whether he had seen a message he was copied into about the company’s decision, he said: “No, I didn’t. Actually, all I knew is that they were going to make redundancies. They’d made redundancies previously during coronavirus properly.”

Asked who the email would have been sent to if not the transport secretary, he said: “Well, I think it was sent to a very small group of officials in order to record a conversation, the notes of a conversation that happened.”

Mr Shapps added: “Frankly, even if I had known the night before, which I didn’t, they’d already broken the law by not providing 45 days’ notice, by using the Cyprus flag to get around it.”

UK wants to do ‘everything it can to assist Ukraine without exacerbating matters’, says Shapps

Cabinet minister Grant Shapps has said the UK wants “to do everything that we can to assist” Ukraine “without exacerbating matters”.

It comes after Boris Johnson said it would “logistically” be “very difficult” to supply the Ukrainian president with the tanks and jets he asked for during a Nato summit on Wednesday.

The Transport secretary told Sky News: “The whole Nato thing – you saw Nato meeting yesterday, including President Biden, will be a collective decision.

“You know, Ukraine’s not actually a member of Nato, of course. We’re doing everything that we can to help and assist. We don’t want to create a wider war from this.”

He added: “We’re providing the defensive weapons. What we don’t want to do is enter the war directly (and) create a wider conflict, perhaps.

“So, these are judgment calls. But we want to do everything that we can to assist without exacerbating matters.”

Grant Shapps has said he is taking in a family of Ukrainian refugees.

He told Sky News: “I’m in touch, as I say, with my opposite number and also with the Ukrainian family who are coming to live with us in our home, and so I’m hearing about it direct on the ground.

“They are incredibly grateful to the British people for everything that we are doing.”

European Union leaders have warned against trying to “circumvent” EU sanctions against Russia and say they will close any “loopholes” that are found.

At a top-level summit in Brussels the 27 presidents and prime ministers said any attempts to get around restrictions imposed by the block “must be stopped”.

The UK has sanctioned the “step-daughter” of the Russian foreign minister Sergei Lavrov in its latest raft of economic measures against those with close ties to the Kremlin.

The British government targeted Polina Kovaleva and 64 other individuals and companies on Thursday to put more pressure on Russia to end its war in Ukraine.

Rory Sullivan has the full story:

Any use of chemical weapons by Russia ‘should be met in kind’, says David Lammy

Labour’s shadow foreign secretary David Lammy has said the use of chemical weapons by Russia would be an escalation and should be “met in kind”.

He told BBC Radio 4’s Today programme: “Absolutely it’s the case that the use of chemical weapons would be an escalation and it should be met in kind.”

He added: “It’s important not to speculate about that escalation and what the response would be.

“I don’t want to signal that to Vladimir Putin but I think that it’s right that the scenario that is now going on both in the White House and in the Ministry of Defence is prepared for that act.”