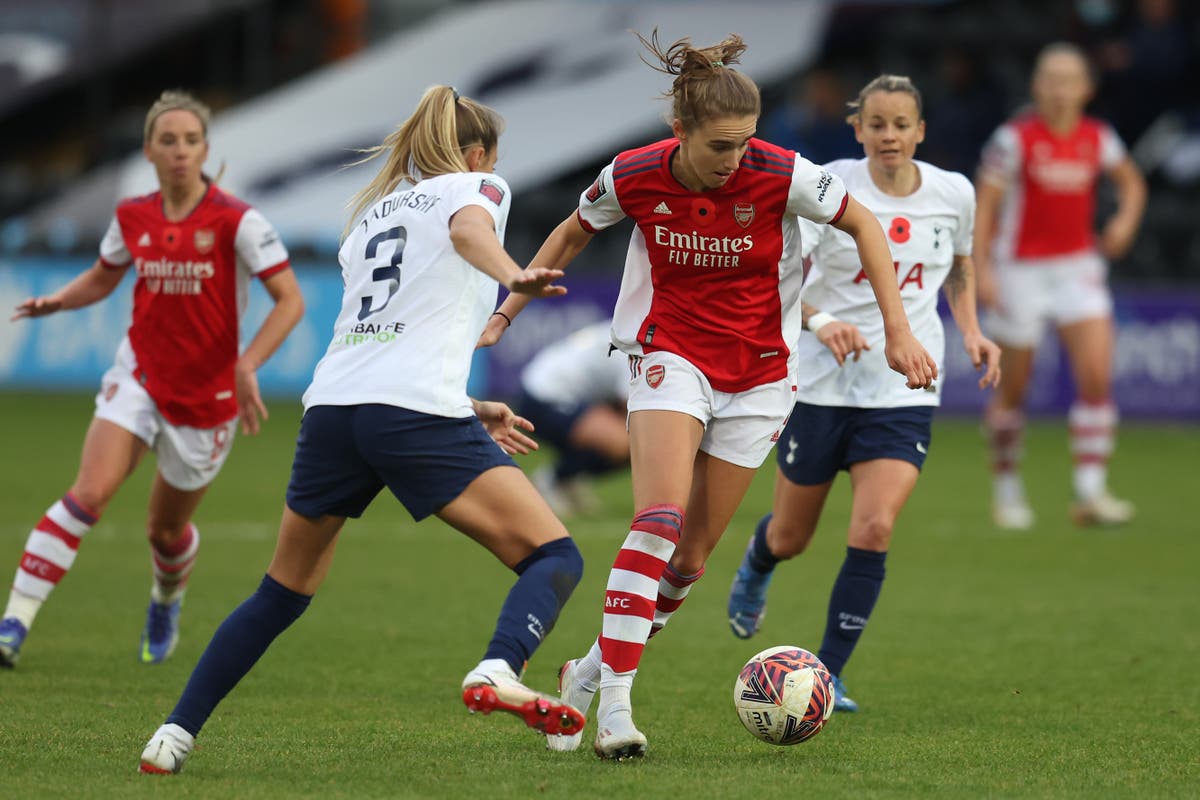 aturday’s Women’s Super League (WSL) north London derby between Arsenal and Tottenham at Emirates Stadium is off following a Covid outbreak in the Spurs squad.

It is Tottenham’s second London derby to be postponed this week after Wednesday’s WSL game at Chelsea was also called off following a number of positive tests in Rehanne Skinner’s camp.

Arsenal boss Jonas Eidevall said on Wednesday that the Gunners were desperate to play but WSL rules state a club can apply for a postponement if they have fewer than 15 players available due to Covid.

The women’s side train in a separate area of Hotspur Way to Antonio Conte’s squad, so there is no concern about potential cross-contamination to the men’s side.

Conte recently hit back at Mikel Arteta, the Arsenal’s men’s head coach, for complaining about the fixture schedule, saying he had not forgotten that the Gunners requested a postponement of January’s north London derby, despite only having one confirmed Covid case in their squad.

Liverpool vs Tottenham; All or Nothing