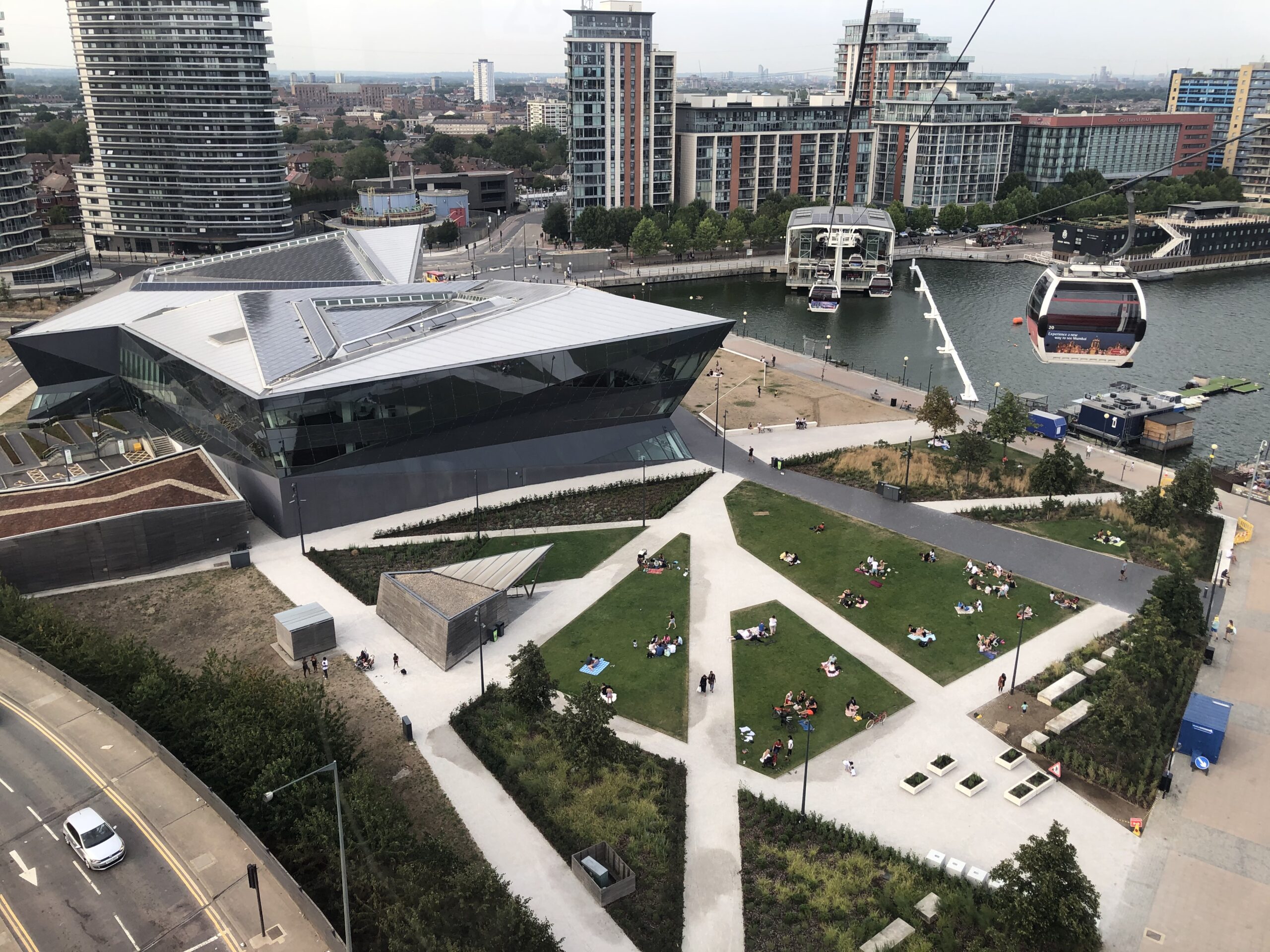 London’s centre of gravity “really is moving eastwards”, was the message today from Sadiq Khan’s deputy mayor for planning and regeneration Jules Pipe, speaking at the Centre for London’s East X South East conference, the first public event at the new City Hall beside the Royal Docks (pictured). “It’s not hyperbole to say that,” Pipe added. “City Hall’s relocation is a powerful signal about the potential of the area. The scale of opportunity is truly staggering. A new chapter in London’s history is being written here.”

East London could see some 250,000 new homes developed and tens of thousands of jobs created over the coming period, accounting for half the development capacity of the entire capital, Pipe said. The Royal Docks area alone was London’s largest “opportunity area”, a 500 hectare zone as big as central London, with the potential for 40,000 new jobs and 30,000 new homes, he said, with new planning guidance due shortly.

But significant challenges remained alongside the area’s opportunities, the meeting heard, including housing need, health inequalities, low pay, poor transport and a continuing sense that outer London was overlooked by government, national and regional.  Barking & Dagenham council leader Darren Rodwell reminded the session that while there are 22 bridges across the Thames west of Tower Bridge, there are only three crossings to its east – the Blackwall and Rotherhithe tunnels within London and the dual Dartford crossing beyond it.

New housing, particularly on land owned by City Hall, is subject to mayoral housing policies, which had previously seen a focus away from social housing, Garner said. “There needs to be a sea change in funding for affordable housing.” She added that new policies introduced by Sadiq Khan for a 50 per cent affordable quota on publicly-owned land was seeing numbers of social rent homes boosted towards some 18 per cent of the total.

Former mayoral adviser Neale Coleman, a veteran of the Games and legacy plans, said the development of the Olympic park remained a positive example of regeneration. “This was an almost unimaginable transformation of what was there before,” he said, highlighting the Park’s emerging East Bank district which is bringing new “anchor institutions” to the area, including leading universities, the BBC and the Victoria & Albert Museum.

Newham Mayor Rokhsana Fiaz added that the boroughs surrounding the Olympic Park were working together to promote high-skilled jobs and address the area’s challenges. “Invoking the spirit of London 2012 is about looking 10 years on, not looking 10 years’ back,” she said.

On London strives to provide more of the kind of  journalism the capital city needs. Become a supporter for £5 a month or £50 a year and receive an action-packed weekly newsletter and free entry to online events. Details here.

The ‘most confusing’ London Underground station, according to Londoners