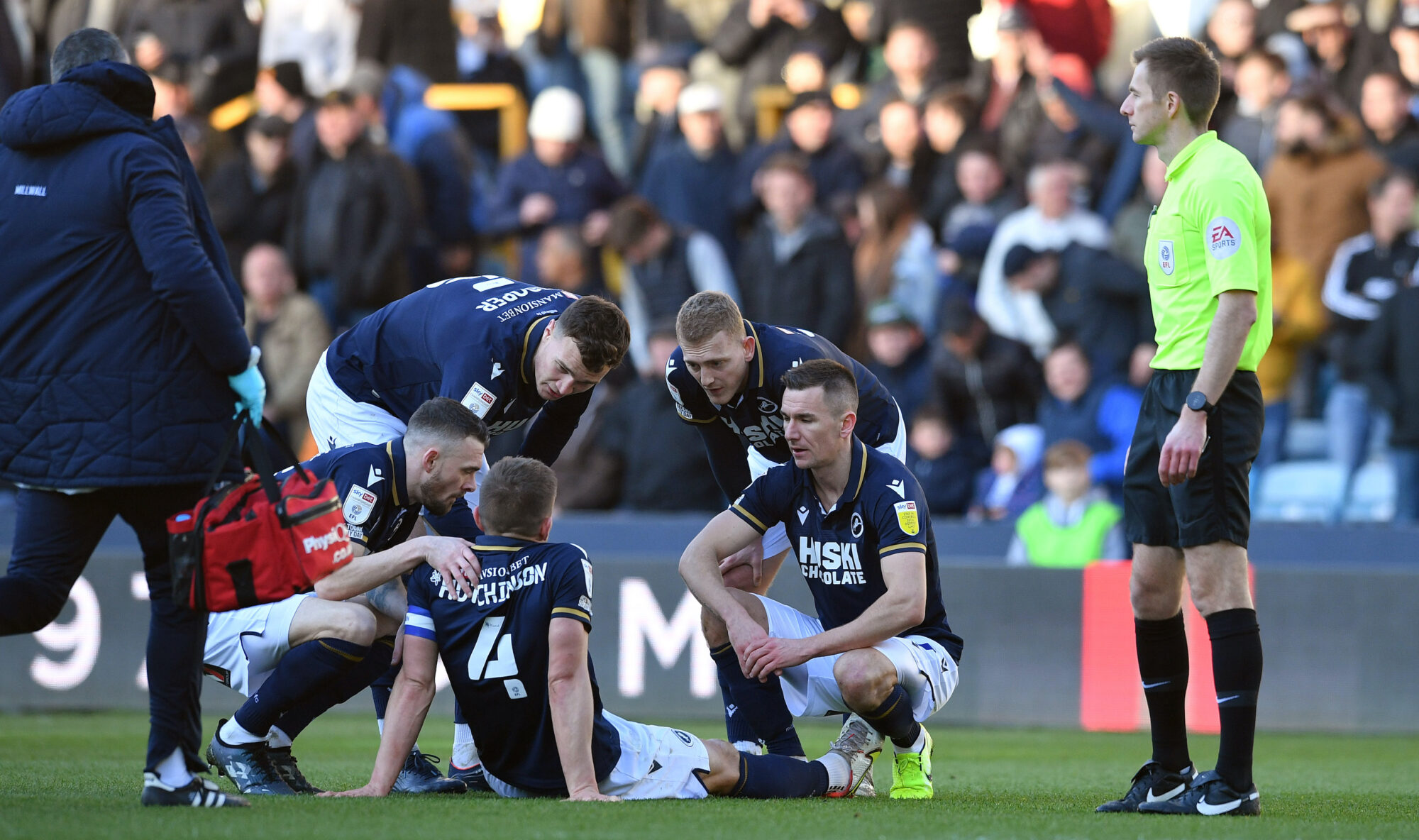 Gary Rowett is waiting on scan results for Shaun Hutchinson and Mason Bennett after the Millwall duo both came off in Saturday’s 1-0 win over Sheffield United.

Bennett was forced off in the early stages at The Den with Hutchinson lasting until just past the hour mark.

The 31-year-old has made 28 appearances this season.

“He seems to have had a few calf issues when he gets fatigued and we’ve had a build up of games,” said Rowett. “At the moment I think players are reluctant to say they’ve got somethng because they just want to get through for the team and help.

“Hutchy felt it at half-time and carried on thinking he could get through it. I don’t know if he did it in the celebration, chasing Coops, or did it just before then.

“Mason’s was like an oblique injury in between his ribs – to do with the muscles,” said Rowett. “The club has had a few of tem before. I’m speculating but they tend to be two-three weeks [out] and then the player comes back a little bit uncomfortable but is available.

“I had rib injuries and they are one of the worst areas to injure – you sneeze and can be in horrendous pain. No matter what you do, you are using that area of the body.