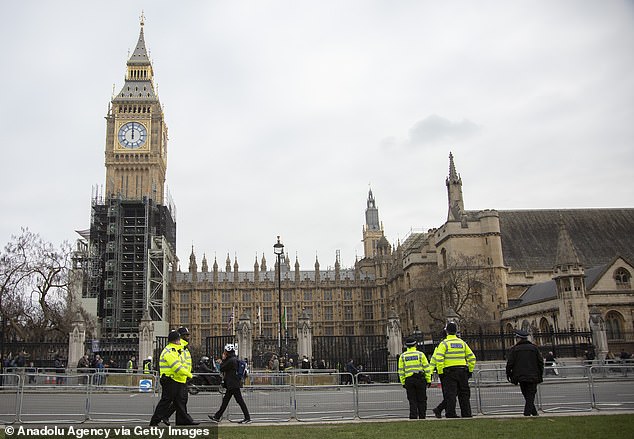 Sadiq Khan is locked in a standoff with MPs over who will pay for a £80million security overhaul of Parliament Square.

Wrangling over how to pedestrianise the area outside the Palace of Westminster to reduce the terror threat and enhance its status as a tourist attraction has been going on decades.

The Commons and Lords Speakers, local council, Greater London Assembly and other interested parties have now finally agreed a broad blueprint – including scrapping the busy road that runs outside Parliament.

However, the process is facing another hold-up after the Mayor – who pledged to make the pedestrianisation happen when he was first elected in 2016 – insisted that Transport for London is so strapped for cash it cannot contribute to the costs.

MPs on a key Commons committee have warned that could be a deal-breaker, as they are adamant Parliament should not foot the whole bill.

The Commons and Lords Speakers, local council, Greater London Assembly and other interested parties have now finally agreed a broad blueprint – including scrapping the busy road that runs outside Parliament 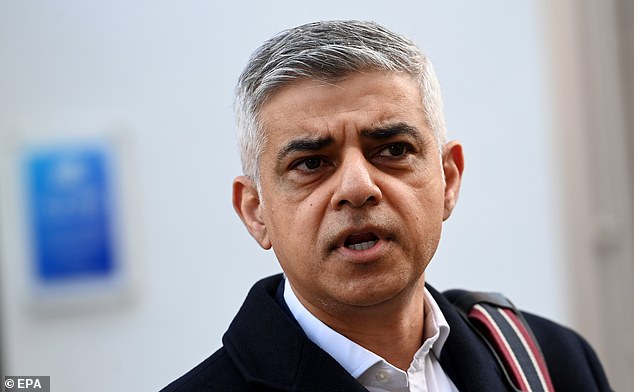 However, the project faced another hold-up after Transport for London – chaired by Sadiq Khan (pictured) – insisted it is so strapped for cash it cannot contribute to the costs

Lords committee minutes released this month show that officials have backed the ‘security benefits’ of the ‘Parliament Square Streetscape Project’.

These include ‘pushing the perimeter of the Estate further away from the Palace and creating a spine road, the latter providing additional protection from pedestrian attacks’.

Five people were mowed down outside Parliament by a car in a 2017 attack, before the intruder came on to the estate and stabbed policeman Keith Palmer to death.

The Lords Finance Committee was told that the intention was for the ‘overall project costs’ to be shared between Westminster City Council, Transport for London and Parliament.

But Covid had ‘affected the financial position of the former two bodies, so Parliament was being asked to fund the next stage of the project’.

Instead the Tory-run council and Transport for London were offering ‘staff time and expertise’.

The House of Commons Finance Committee has ‘declined to recommend approval of the costs for the next phase’ until they are given ‘additional reassurances that Parliament, having covered the £3m for the next phase of the project, would not be expected to pay the estimated £80m for the delivery phase in full’.

A committee member told MailOnline that unless TfL – chaired by Mr Khan – backs down the scheme is likely to stall.

‘I would not approve of going ahead without Transport for London contributing,’ the MP said. ‘From a security point of view it may be a good thing, but for the moment we need to make sure it is not just Parliament paying for it.’

A Commons official told MailOnline that the process is at the ‘rough pencil drawing stage’, with traffic studies still needing to be done.

But they added: ‘It’s about who funds it.’

They also suggested the mooted £80million price tag was likely to be an overestimate because staff had been burned by soaring costs for previous projects, such as the restoration of the Elizabeth Tower. 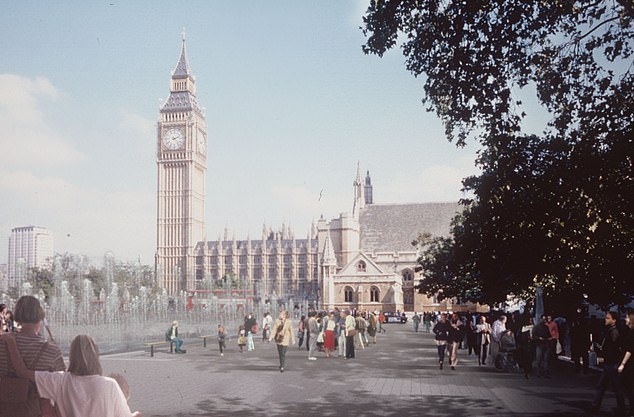 The idea of pedestrianising Parliament Square has been around for decades. This plan was drawn up by renowned architect Norman Foster in 1998

The idea of pedestrianising Parliament Square has been around for decades.

Plans were drawn up by renowned architect Norman Foster among others.

However, it was dropped by Boris Johnson when he became London Mayor in 2008.

‘Work started on an initial feasibility study looking at options to improve the area after the Westminster Bridge terrorist attack.

‘Discussions about funding for the next phase of design is underway with Parliamentary authorities.’

A House of Commons spokesman said: ‘We are working with a number of organisations to help improve safety and security in Parliament Square and the surrounding area. This programme of work is progressing, but for obvious reasons we cannot provide details of planned or ongoing security projects.

‘The safety and security of all those who visit or work in Parliament remains our top priority.’