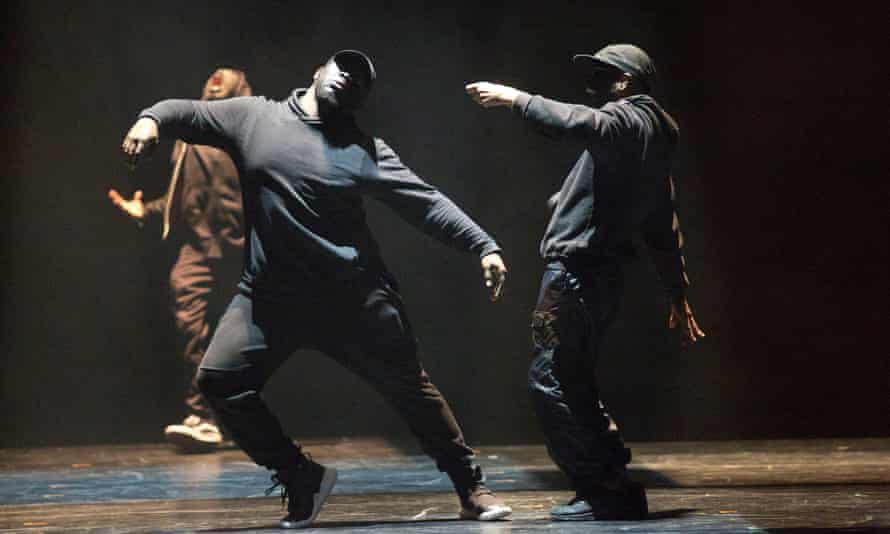 Ivan Michael Blackstock never stops moving. For the best part of an hour, the choreographer has been patiently explaining his approach to dance, a process that involves springing up from the balls of his feet and gesticulating in time with an imagined rhythm, despite the fact he is seated. “Whether I’m thinking about a performance or making music or picking up a paintbrush – that’s dancing,” he says. “That’s the first gear: the thing through which everything else flows.”

Having worked on Beyoncé’s visual album Black Is King, a journey through Black identity and the global African diaspora, his new show, Traplord, casts the streets of south London as the perfect stage to explore the stereotyping of Black men in western society.

“When we see street culture and the imagery on TV around young Black men, it’s very violent and aggressive, and yes, there is some of that, but then there’s also a good,” he says. “You can see drill music as one thing – an expression of violence – but it’s people channelling their pain into doing something creative. Just because you live in this community and express yourself loudly, doesn’t mean you’re being aggressive.”

An immersive dance performance, Traplord blends theatre, hip-hop and spoken word in its meditation on Black masculinity and mental health. “I’m proud to have worked on Black Is King: it was filmed here and it was a real chance to wave the flag for UK artists. But Traplord feels different: it’s Ivan this time. This is a story that has always felt present in me.”

Although he repeatedly describes the process of bringing Traplord to the stage as “therapeutic” and a “great relief”, he says he is interested, above all, in “looking outside my pain”. “Within Traplord there’s a lot of utopic ideas. It’s something I learned from hip-hop, really: ‘What messages are you passing down to the community?’”

Blackstock, 35, grew up in Peckham, with his mother, sister and brother, before crossing south London at 15 to live with his grandmother in Brixton. He felt the absence of his father keenly throughout his childhood and the spectre of abandonment hovers over his work; it is the key stumbling block in the hero’s journey in Traplord. “I was abandoned; I felt alone without that father figure in my life, so yeah, I do feel somewhat like I need to be a father, not just to myself, but to other young men.” 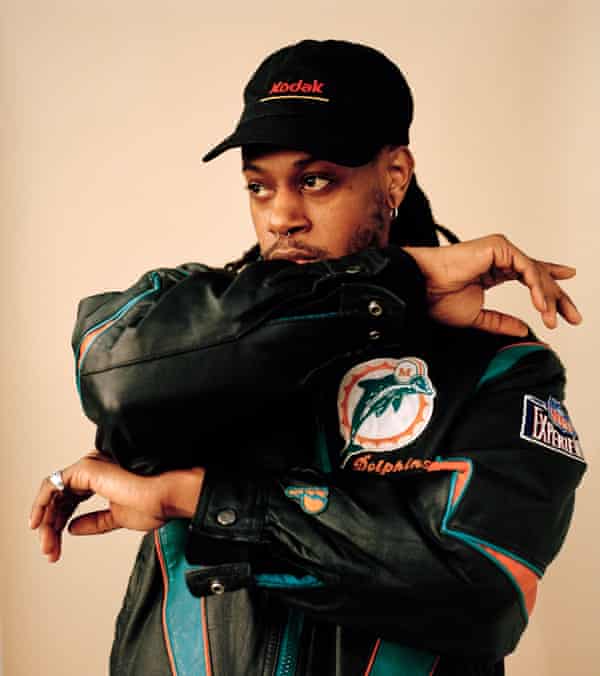 From a young age, Blackstock channelled that unease into dance. “I’ve been choreographing since I was on the playground in primary,” he says. But the transition to secondary school came with a new self-consciousness that made him doubt his passion. After winning the schoola talent show with an MTV Base-inspired rendition of Usher’s My Way, Blackstock became a target for bullies. “They were like: we spit; we rap. But I was always moving and expressing my ideas through my body.” He describes his life through this period as “like a movie” (when pressed he offers Boyz N the Hood or Brotherhood as examples). At 15, leaving his home meant navigating groups of young men who would hassle him, threatening him with violence and cautioning him not to stray into their territory.

“I felt trapped in my environment,” he says, suggesting that his race only added to the intensity of his claustrophobia. Aged 11, he was stopped by police in Elephant and Castle, south London, because he “fit the description” for a bank robbery. “It made me feel powerless. When you’re going through adolescence, there’s a lot of things happening: your body’s changing, you’re trying to find your voice and assert your masculinity; where do I fit in the world?”

The answer came through dance. Blackstock left school without any GCSEs (his inability to sit still was no help in the classroom) but was booked as a dancer on MTV shortly after. He followed his passion from there, most pertinently through the hip-hop dance company BirdGang, which he likens to “finding a family”. The group’s breakthrough came in 2006, with a performance of its show What Is BirdGang? at Sadler’s Wells, co-producer of Traplord along with 180 Studios, where Blackstock is the artistic director.

“I’ve been a fan of Sadler’s Wells since I was a kid. You know, dreaming one day that my work will be on that stage? BirdGang was like this flock flying together on the same mission and getting the chance to perform there felt like discovering my superhero alter ego.” Even though he is no longer with the company, he says BirdGang is still his family: “I was best man at one of the artistic directors’ weddings.” 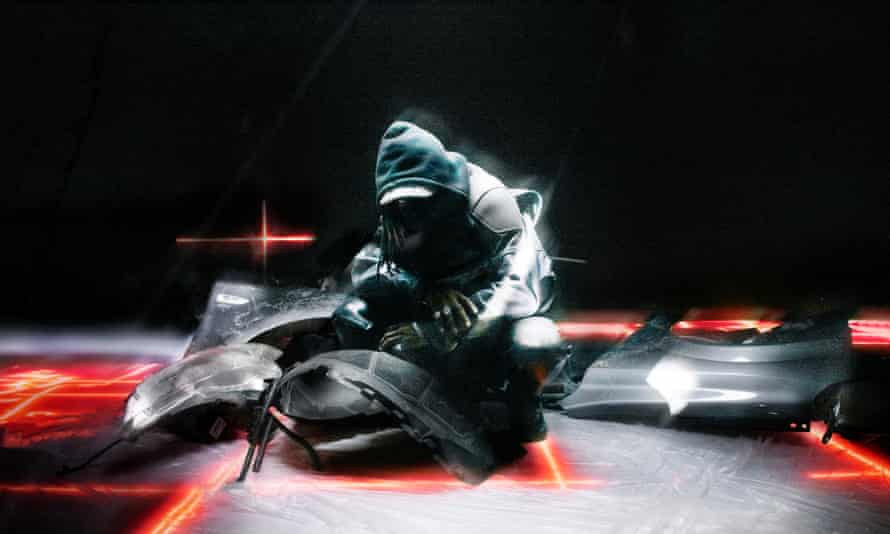 Gigs as a backing dancer for Kylie Minogue and Dizzee Rascal followed, but it was touring Asia, as a dancer with Pet Shop Boys, that he credits with kicking off his career as a choreographer. “Travelling the world meant being exposed to different types of men, different ideas of masculinity,” he says. Discovering butoh, a traditional form of Japanese dance theatre, was a “big thing for me”. Butoh typically features dancers in white body makeup performing intense and technically rigid body moves. He had unwittingly been a fan of the style for years, having been fascinated with the character Sadako’s creepily deliberate movements in the Japanese horror classic Ring.

Blackstock calls this form of cultural exchange “sampling”, likening his use of movements from martial arts in his choreography to Wu-Tang Clan’s use of sounds lifted from kung fu movies. “I was a big Bruce Lee fan as a kid, and I always noted that crossover with hip-hop.” I ask if he is wary of appropriating other cultures for his benefit, just as hip-hop, and now grime and drill, have been subsumed into western culture. “I can only be as conscious as I can be. I don’t think any of us have full awareness of what we’re doing. All we can do is try to respect people’s spaces, people’s identities, and yeah, it’s very much something I’m learning to do also … ” he says, trailing off as though only partly happy with his response.

Sign up to our Inside Saturday newsletter for an exclusive behind-the-scenes look at the making of the magazine’s biggest features, as well as a curated list of our weekly highlights.

Traplord, however, is very much situated in his own personal experience, even if it maintains his penchant for a broad range of cultural reference points. The show was conceived during two weeks of intimate conversations with a group of friends and collaborators he invited to his rehearsal space in an abandoned east London leisure centre. It draws on Plato’s Allegory of the Cave, Toni Morrison’s Tar Baby and the legacy of Blackface to inform its interrogation of contemporary Blackness. Blackstock is obsessed with what it means to be a Black man today, especially given how often we hear that Black masculinity is “in crisis”. “I just wanted to put my friends on: young Black men on stage telling their authentic truth at a time when I felt that story wasn’t being told on a theatrical stage,” he says. “It’s a fever dream of masculinity.”

On Twitter, Blackstock describes himself as a “roadnaissance man”, (riffing on the slang term “roadman”). “Someone joked that I’m a roadnaissance man and it just stuck: I’m young, I’m trying to do something new and that means having your hands in many different pies, but I still feel connected to street culture and the road life.” Blackstock no longer lives in south London, having headed east to be near his rehearsal studio, where he lives with his fiancee, whom he met in 2009 while on a shoot in New York.

Unsurprisingly perhaps given the emphasis he places on his own absent father, he is adamant that he wants to have children one day, even if that is not currently on the horizon. “For a long time I felt detached and, for me, that detachment came from a lack of love,” he says. “From feeling a sense of abandonment that led me to abandon myself. I’m interested in elevating those voices. People like me who felt they were abandoned.”

As Traplord’s opening draws nearer, Blackstock says he “feels like a superhero … I feel like I’ve been sent here to save the dance scene. Maybe that’s just the ego version but I need people to understand that dance is amazing and recognise how dope the UK scene is. It’s not just what you’ve seen on social media, people busting simple dance moves, we’re here to tell stories. We’re more than just backing dancers.”