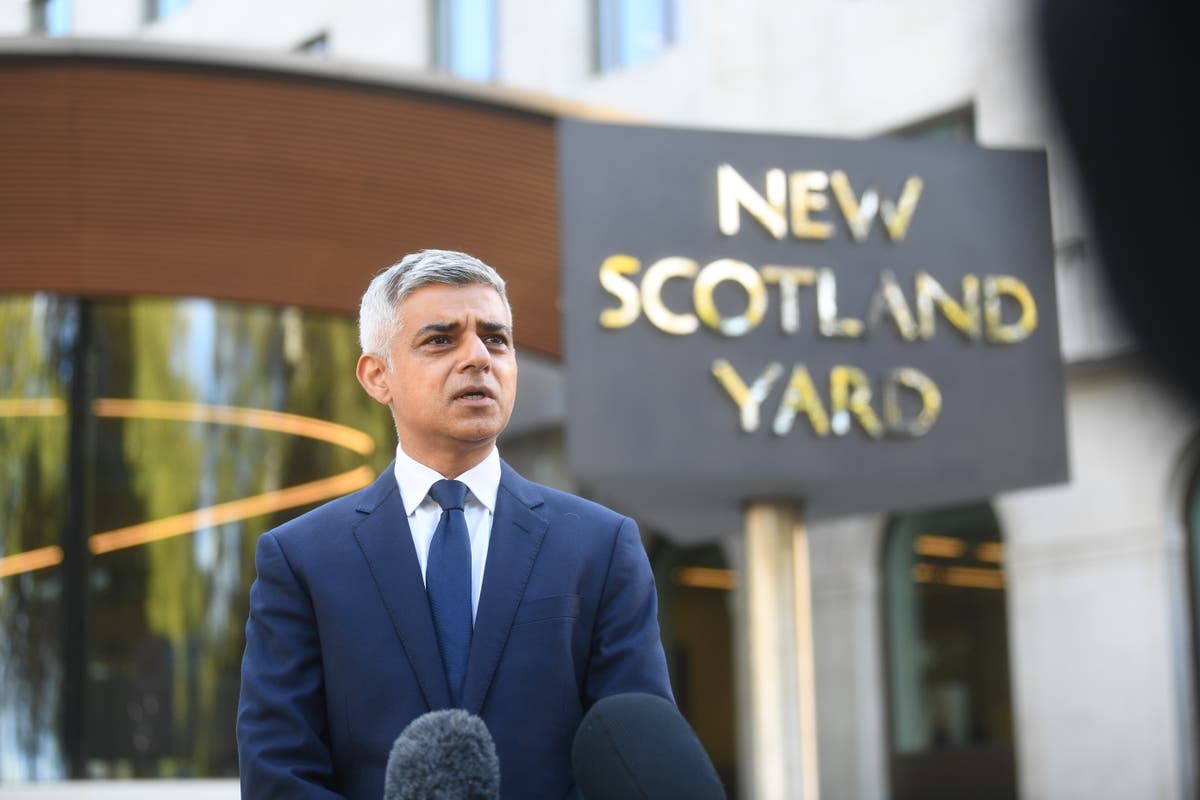 The body representing more than 31,000 rank-and-file police officers claimed comments made by Mr Khan have “undermined the professional, dedicated and incredibly difficult work of tens of thousands of hard-working and brave police officers from across the capital”.

It comes after Dame Cressida dramatically quit from the role on Thursday night when Mr Khan made clear he had no confidence in her plans to reform the service.

Accusing politicians of using “policing and the career of the country’s most senior police leader to deflect from their own failings”, Ken Marsh, chairman of the body, said: “This is not a move we take lightly.

“We have let the mayor’s office know in no uncertain terms how our brave and diligent colleagues deserve better.

“Officers in London feel saddened and angry that the commissioner Cressida Dick has been pushed out in the way she has.

“She was reforming. She was changing. The culture is changing.

“We are deeply disappointed with the actions of the mayor.”

“The Federation will continue to speak up for these courageous colleagues. They are being forgotten about by our elected mayor. Enough is enough. Officers have no faith in Sadiq Khan,” he added.

Asked for his view on Mr Khan’s role in forcing her out, and for confirmation that – as a Prime Minister under investigation by the police – he would play no part in choosing her successor, Mr Johnson said: “I think the best thing I can say about Cressida Dick is that I think over many, many years  – I’ve known her for many years – she has played a remarkable role as the first female head of the Metropolitan Police.

“I thank her for all her service. It goes back a long time.

“I wouldn’t want any other issues to cloud what I think, overall, is very considerable record of public service.”

It is understood it could take several months to find and appoint Dame Cressida’s successor but the recruitment process is expected to be completed by the summer.

During which time, it is anticipated Scotland Yard may have concluded its probe into allegations of lockdown-breaking parties at Downing Street.

Last week Home Secretary Priti Patel warned the new Met chief must be prepared to tackle the “policing culture” which has left the country’s biggest force reeling from a series of scandals.

Dame Cressida’s departure – just months after Ms Patel agreed a two-year extension to her contract – followed a barrage of criticism about the force, including over its handling of the case of Sarah Everard who was murdered by a serving Met officer.

The force has also been criticised for being slow to investigate the reports of parties in Downing Street and Whitehall in breach of Covid restrictions.

The final straw, however, was a report by the police watchdog which exposed violently racist, misogynist and homophobic messages exchanged by officers based at Charing Cross police station.

Mr Marsh said the Metropolitan Police Federation was “sickened” by incidents that have hit the headlines over recent months, but that they were “not reflective of an entire workforce”.

He added: “We’ve got to put some context on what we are talking about. The incidents that have taken place are horrific. We do not want these individuals in the job.

“But the federation will continue to speak up for our good officers. We totally accept that we have to deliver for the public and work to improve confidence, but if you haven’t got your workforce with you then you are not going to achieve what you’re setting out to achieve.”