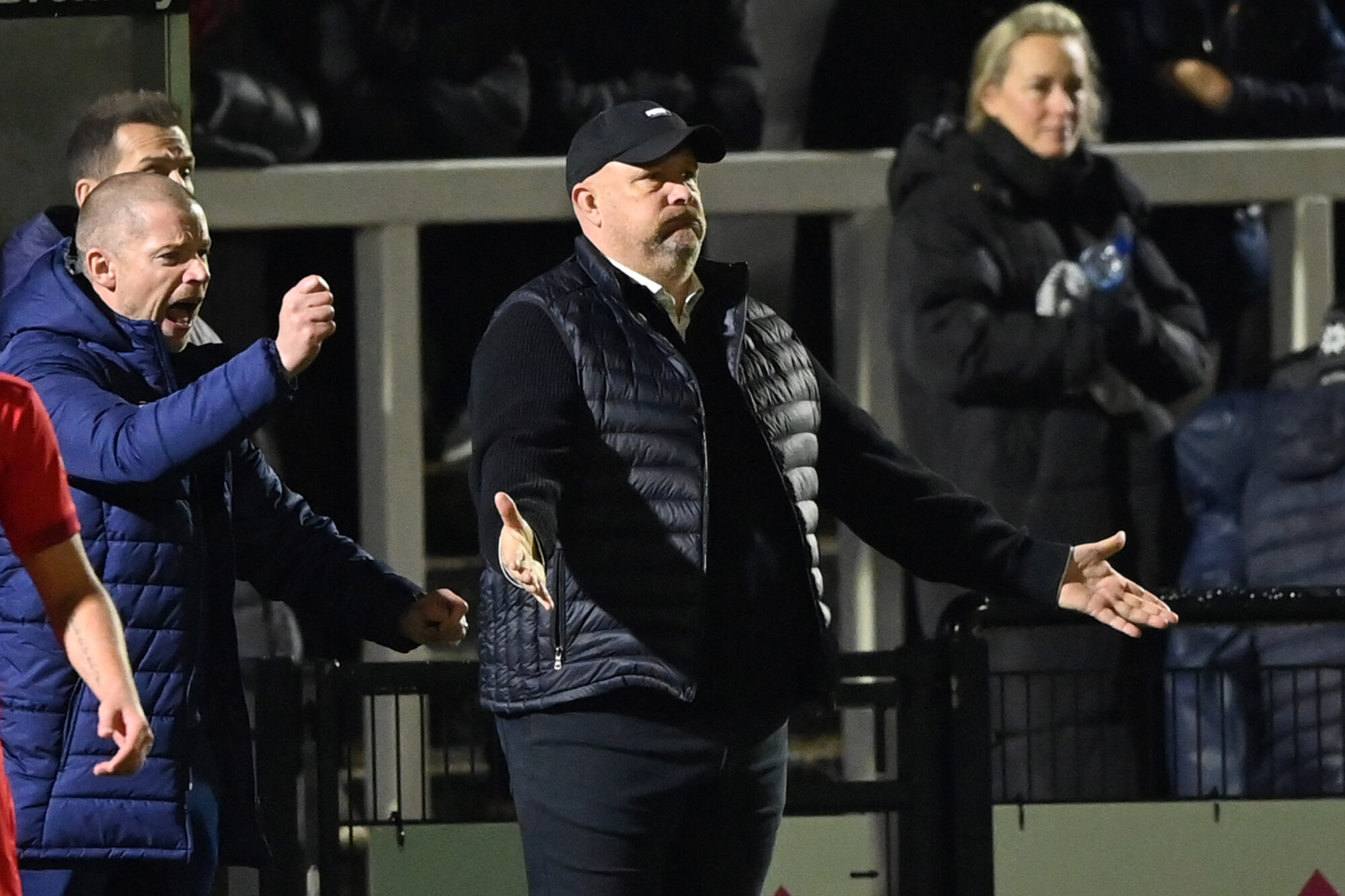 Bromley manager Andy Woodman said he turned down the Gillingham job because of the ambition on show at the Hayes Lane club – despite Tuesday’s 3-1 home defeat against National League leaders Stockport County serving as a “reality check”.

The League One club sounded out Woodman as a replacement for Steve Evans following his departure last month. The Ravens gave their boss permission to speak to the Kent outfit but Woodman, who is coming up to the first anniversary of his appointment at Hayes Lane, decided to stay put.

“I like coming to work, that’s the truth of the matter,” answered Woodman, 50, when asked why he wasn’t lured to Priestfield.

“I make no secret of that. I like getting up in the morning and coming to work. This place has got ambition. The chairman [Robin Stanton-Gleaves] has got ambition and is a real good guy to work for. I enjoy my job. I felt that this is the right challenge for me at the moment.”

The Ravens were outclassed by high-flying Stockport on Tuesday night as the visitors dominated throughout and scored three times inside the final half-hour. Former Millwall man Byron Webster scored a spectacular consolation goal in the closing stages, but County held on to deny Bromley the chance to close the gap on the table toppers to just two points.

Bromley, in fourth, were just five points behind former EFL mainstays Stockport ahead of Tuesday’s game but found themselves on the back foot for the majority before Paddy Madden finally broke the deadlock just after the hour-mark. Scott Quigley doubled the lead soon after and then Madden made the game safe with his second inside the final 10 minutes – before Webster’s late long-ranger. The defeat was their first on home soil since November.

Woodman added: “The place is changing but you’ve got to realise where we’re at. [Stockport] get big crowds, a good following. They’re a big club and we’re a club trying to grow. We’d love to be a Stockport, but we’ve got to have a bit of realism about us as a football club. Myself and the chairman, we know the journey we’re on and where we’re trying to get to. We’ll go back to the drawing board. It’s a defeat we didn’t want but one we have to wear on the chin by possibly the best team in the league.

“They’re a good team, no doubt about that. But we created a few of our own problems in the second-half. First-half, they threw everything at us, we dealt with it. Second-half, the first two goals were mistakes from us and they punished us for it. The third goal was a good finish. No complaints from me for the score line but a few moans from me how we fell apart a little bit in the second-half.

“It just goes to show maybe how far away from the level of [Stockport] we really are. It’s probably a little reality check for us and where we are.

“We can always say about the budget or the size of their club and the size of ours. I’ve not moaned about it before so I’m not going to start now. We just didn’t adapt ourselves very well in the second-half and got punished.”