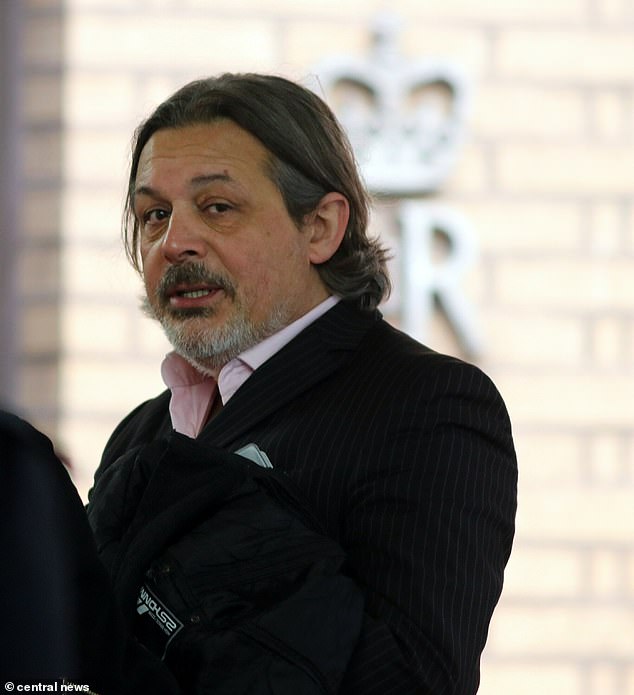 A West End theatre photographer who was at the time 43 or 44 sexually assaulted an aspiring 22-year-old actress and left her feeling ‘sick’ at a £400 photoshoot funded by her mother, a court heard.

Pascal Molliere, 55, from Havant in Hampshire, has denied four counts of sexual assault during an hour-long photoshoot at a warehouse in Fulham, west London, in July 2010 where he allegedly stroked and kissed the woman intimately after suggesting to take ‘fashion or sexy shots’.

The alleged victim, 22 at the time, who cannot be named for legal reasons, had recently moved to London to break into the acting industry, Southwark Crown Court heard.

Pascal Molliere (pictured), 54, from Havant in Hampshire, has denied four counts of sexual assault during an hour-long photoshoot at a warehouse in Fulham, west London in 2010

Tyrone Silcott, prosecuting, said the she was encouraged to remove clothing as the shoot went on, and ‘pose for more and more revealing shots’.

He said: ‘When she spoke to the photographer, he suggested that as well as doing headshots she might want to do some “fashion or sexy shots” and told her to bring a variety of outfits.’

Mr Silcott then said the photographer allegedly stroked and kissed the woman in intimate areas and kissed her forcefully on the mouth as she left the studio.

He added: ‘[The victim] will tell you that did not consent to this activity.

‘She wanted to update her publicity photographs and booked a photoshoot with a professional photographer for what she thought originally was going to be for headshots.’

The woman reported the assault nine years after it was alleged to take place, between 1 July and 31 July 2010.

She had borrowed money from her mother for the shoot, which took place at Cooper House on Fulham Broadway.

The aspiring actress first got in touch with Molliere through a website called ‘StarNow’ and wanted headshots done by the professional photographer.

Mr Silcott said: ‘She borrowed the money from her mother for her because it was a dream to get into acting and this is one of the ways you do it, by promoting yourself through headshots.’

The young woman accepted Molliere’s offer to take some fashion shots as she was interested in getting work as a model, jurors heard.

She brought along some lingerie as she thought it ‘might be nice to have some photographs taken for her and her then partner’, Mr Silcott added.

He said that when the alleged victim arrived at the studio, Molliere appeared to be ‘polite and professional’ and locked the door ‘for her privacy’ as they entered the room where the photography would take place.

She said the workspace was ‘dark’ and ‘did not seem like a studio’. 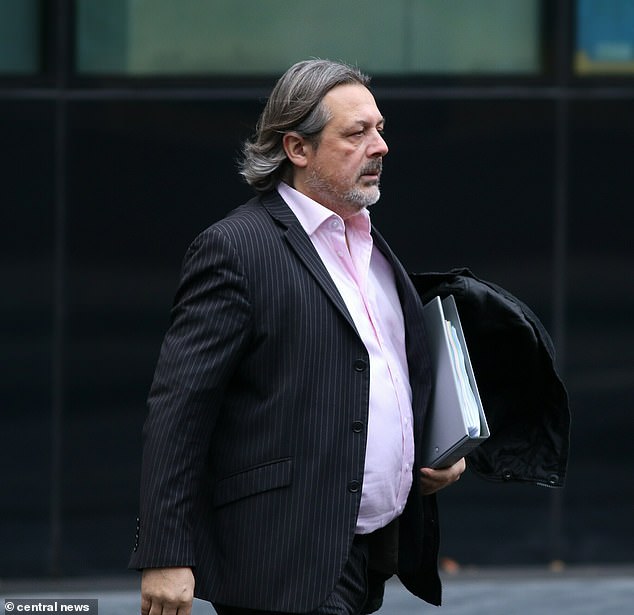 Mr Silcott continued that after the headshots, which took 10 or 15 minutes to shoot, the photographer’s behaviour became ‘inappropriate’.

The young woman said Molliere took photos of her lingerie, which she agreed to, but began to get ‘a bit close’ and ‘more touchy’.

He asked her to undress further and directed her to remove her bra straps and cover her breasts with her arms.

Molliere had touched the inside of her thighs and touched her in intimate areas, Mr Silcott said.

He then kissed her there, in what the woman described as ‘a deep kiss…not internal but it was the kind of kiss you would only have from a loving partner, not from a guy who you’ve met only minutes ago’.

She added the experience ‘uncomfortable’ and made her ‘upset’.

Mr Silcott said the woman was thinking: ‘Just get this over with and you’ll be out of here.’

After the shoot, Molliere asked her if she could come to his house to take another photoshoot with other women.

She said he kissed her with ‘a full on kiss on the mouth as she was leaving she described this as ‘not how you would kiss a girl goodbye that you’ve met for half an hour, who’s half your age’.

The kiss ‘made her feel sick’ and when she left she ‘burst into tears’, the prosecutor said.

The alleged victim’s boyfriend at the time phoned Molliere when he heard what happened and asked him to delete all the images and refund the money or the incident would be reported to police.

The money was refunded and the sexual assault was not reported until 17 January 2019.

In late 2021, images from the photoshoot were found on the hard drive of a Toshiba laptop found at Molliere’s address, suggesting that he did not destroy them, as promised. 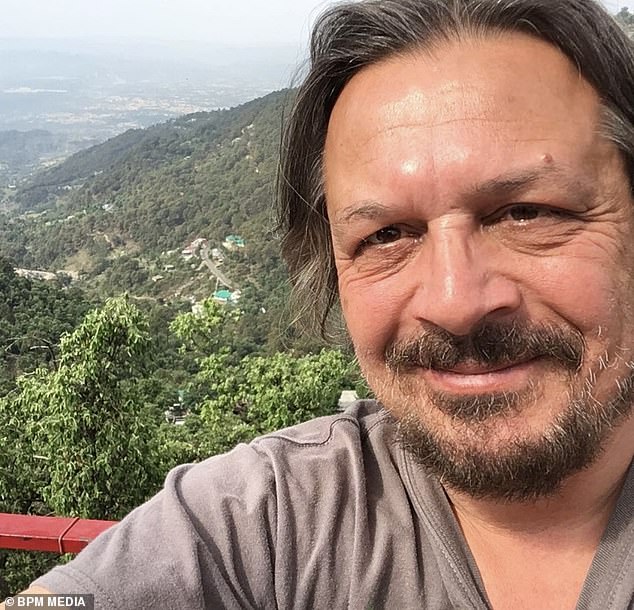 The young woman said Molliere (pictured) took photos of her lingerie, which she agreed to, but began to get ‘a bit close’ and ‘more touchy’

There are photographs of the victim in various stages of undress, images of her completely naked and close up shots of her private parts.

Jurors were told, over the years, she shared what happened with some close friends and close partners, explaining that ‘she was ashamed that she had not said “no” or stood up for herself’.

She did not report it because she didn’t think that the police would believe her or that they could do anything about it, added Mr Silcott.

He said: ‘It was not until after the MeToo movement when [she] noted or realised that it was more regular for women to speak out about sexual abuse that they suffered as a result of trying to make it in the industry and being exploited and being taken advantage of. And that’s when she came forward.’

She contacted police to report what happened nine years after the incident, then attended an interview on 12 February 2019.

Molliere was interviewed by police under caution on May 8 2019, and provided a prepared statement.

He said in the statement: ‘I totally deny these allegations.

‘I remember receiving a call from a male regarding his fiancée about a photoshoot I had done.

‘He was very aggressive and threatening, he demanded a refund which I provided.

‘I do not recall all the details of that particular photoshoot; however, I know that any photos and poses that took place were entirely with her consent and I behaved professionally at all times. 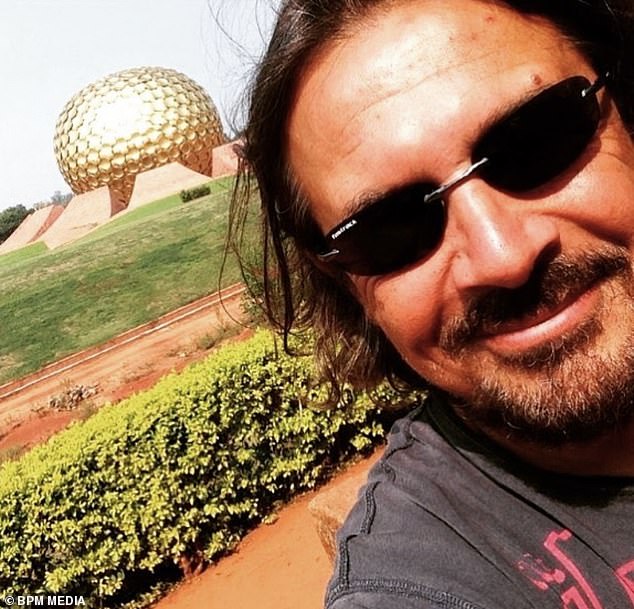 ‘The studio I worked in had CCTV, in the studio and throughout the building, and the studio was not locked.

‘There were screened areas and toilets where clients could change with privacy.’

Molliere accepts he conducted a photoshoot with her in July 2010 but denies any sexual activity including touching and kissing her vagina or kissing her on the mouth.

He denies three counts of sexual assault and one count of assault by penetration.

The photographer appeared in court with grey hair, wearing a navy blue suit and a light coloured shirt.

Earlier this week the photographer, who has worked for the Royal Shakespeare Company and the BBC appeared via video link at Westminster Magistrates’ Court wearing a blue shirt and yellow patterned tie.

Jurors will hear from Molliere’s defence lawyer, Esther Schutzer-Weissmann, in the coming days.