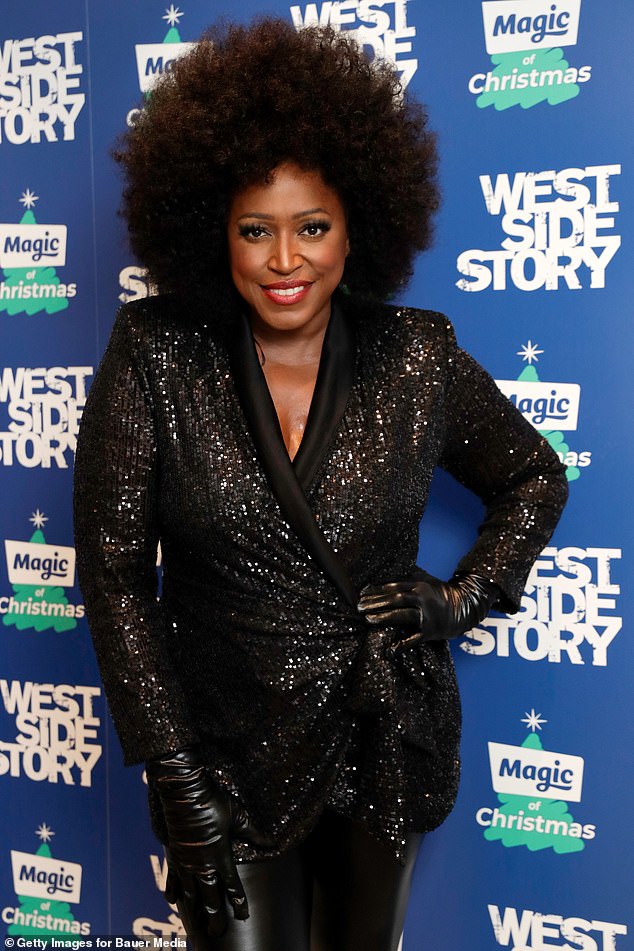 The one lesson I’ve learned from life: Mica Paris says it’s the doubters that spur you on

By Vicki Power For The Daily Mail

Mica Paris, 52, is a soul singer, songwriter and actress who first hit the scene in 1988 with the hits My One Temptation and Where Is The Love. She has released eight albums, starred in the West End and played Ellie Nixon in EastEnders. Mica lives in west London and is mum to Monet, 32, and Russia, 15.

When you have a passion for something, you can guarantee everyone will tell you that it won’t be possible for you to achieve it.

That’s the way it is. But for me, hearing the ‘no’ word has always been the fuel that pushes me forward.

Mica Paris, 52, is a soul singer, songwriter and actress who first hit the scene in 1988 with the hits My One Temptation and Where Is The Love – she shares the lesson she has learned in life

I was brought up by my maternal grandparents and my grandfather was a Pentecostal minister.

I was 11 when I won my first singing award at the church convention in Wembley. But when I got to about 15 or 16 and I wanted to sing non-religious music, they were like, ‘She’s going to go to Hell!’ I was hurt because I felt like everything belonged to God, secular music included. I used it to kick-start my singing career.

I really wanted to be signed by Sony and I’ll never forget the head of Sony saying, ‘We already have Sade; we don’t need you.’ I was close to tears.

Then the Sony guy’s assistant ran out after us and said, ‘I’m going to leave this company and set up my own label and I’ll sign you.’ It was part of Island Records.

After seven years I got dropped by Island. I sat down and thought to myself, ‘That’s it. It’s over.’ Then I got a phone call and it was my good friend, [American soul singer] Chaka Khan. She said, ‘Girl, I need you.’

She was in a musical called Mama, I Want To Sing! and wanted to get out of her contract but needed a replacement. Suddenly, I was in the West End and getting rave reviews. And it led to another record deal.

Now I’ve had a 34-year career and I’m still standing. I’ve had so many ups and downs. Like in 2020 I got the part of Ellie Nixon in EastEnders. Even after personal relationships go pear-shaped — you go into the studio and write and sing and it heals you from that pain.

Mica’s Gospel Gold is a four-part series on BBC Radio 2 from 9-10pm on Saturdays. It started last weekend but episodes are also available for 30 days afterwards on BBC Sounds.